Complementing the already extensive stack of languages and framework served by Buddy, we're pleased to announce that we now support Scala builds!

Scala is a high-level language that combines object-oriented and functional programming. It can be easily mixed with Java, allowing developers to build high-performance applications with huge ecosystems of libraries. Example use cases involve writing large-sized analytics and machine learning engines. 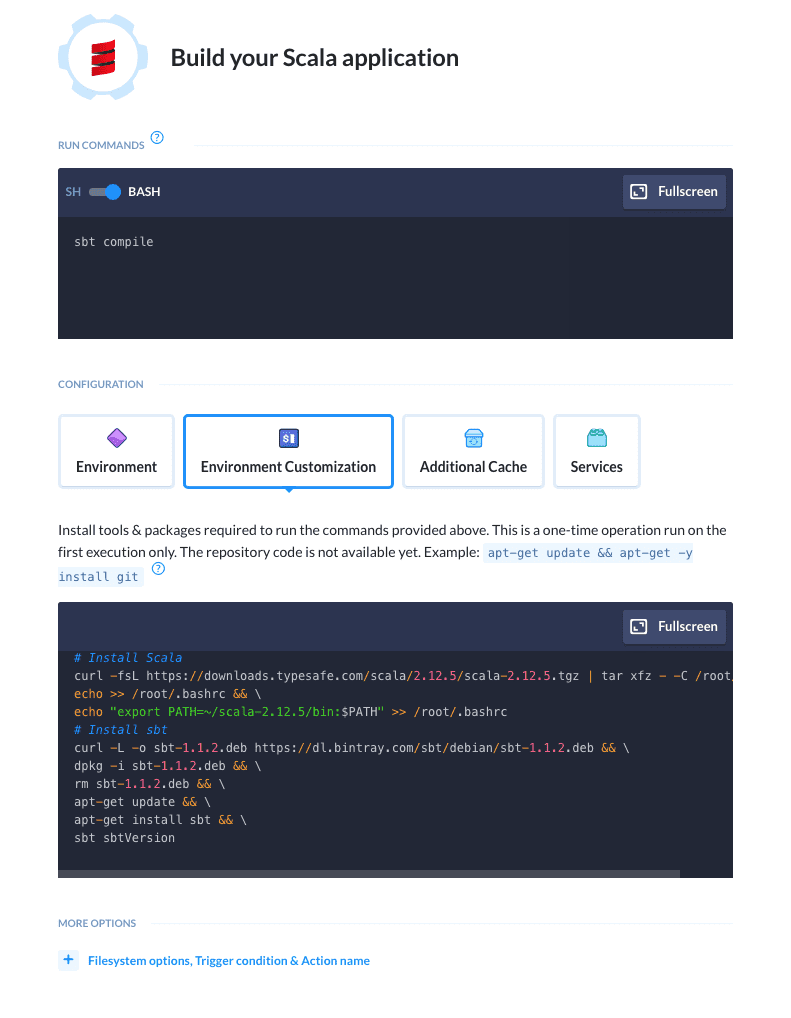 Let's say that you have a Scala application that you need to compile before deploying it to the server. With Buddy you easily achieve both, as well as run additional tasks, such as restarting running scripts on your remote – and execute the whole workflow on every push to the repository: 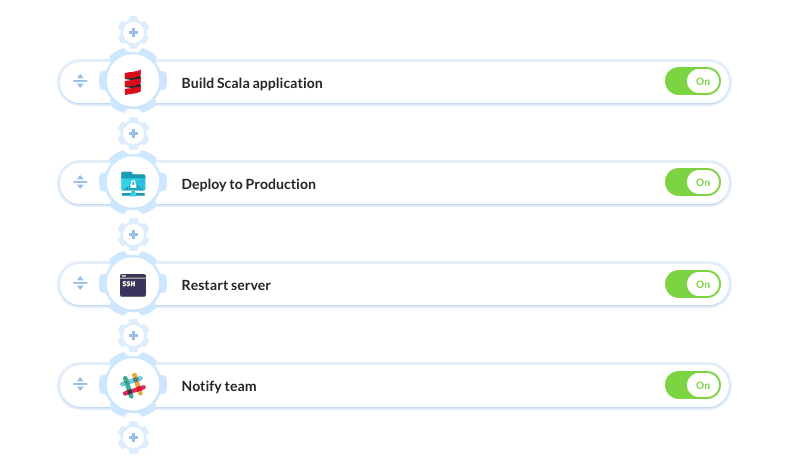 You can add databases and microservices in the Services tab.

Buddy is 100% customer driven. If there’s a feature or integration you miss, let us know on the livechat or directly at support@buddy.works.