We're pleased to announce that Clojure developers have officially become a part of the Buddy family: now you can use the Leiningen task runner to automate building and testing of your Clojure apps!

Clojure is a dynamic, general-purpose programming language which combines the approachability of a scripting language with an efficient infrastructure for multithreaded programming. It shines especially when the problem involves a high level of concurrency, or when processing large series of data is required. 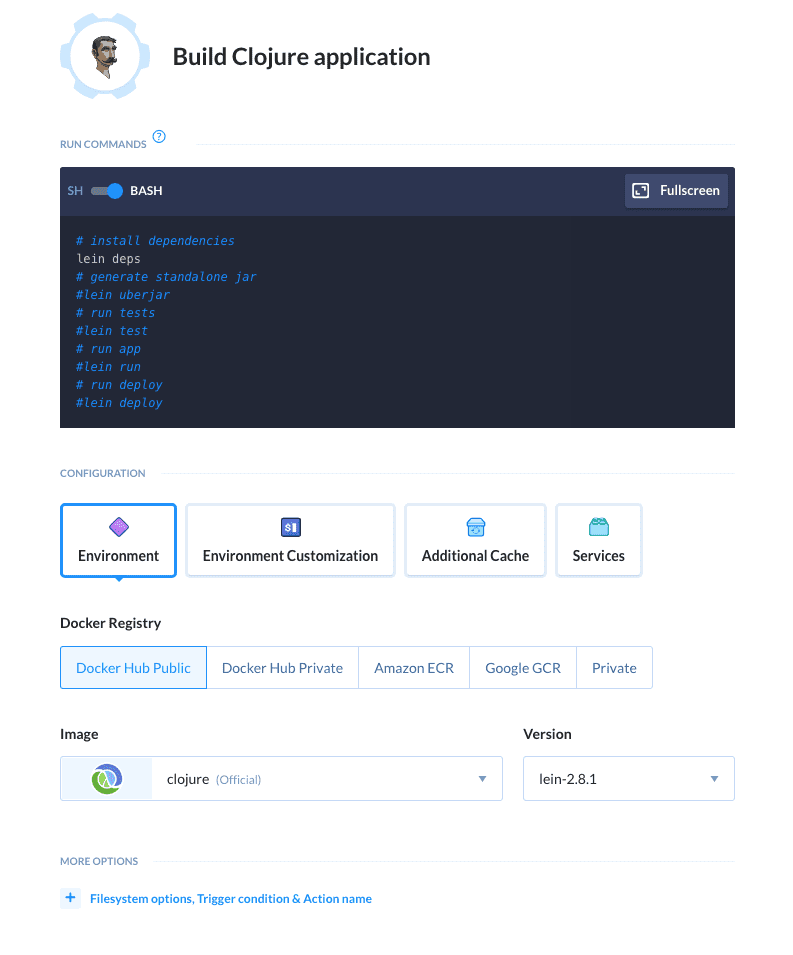 Let's suppose you want to build a Clojure app and run it on your server as a Docker image. With Buddy you can create a workflow that will not perform all of the above on every push to the selected branch:

You can add databases and microservices in the Services tab.

Buddy is 100% customer driven. If there’s a feature or integration you miss, let us know on the livechat or directly at support@buddy.works.