Buddy CI/CD allows you to instantly implement Visual tests with 100+ ready to use actions to automate your development and build better apps faster.

The action scans the selected website for changes after the deployment and produces the results in the form of a visual comparison of the previous and current version of the page.

The action compares the currently deployed version of your site with the previous one. If the tests detect changes, it stops the pipeline and waits for them to be manually approved – a useful feat to avoid messing up the production server. 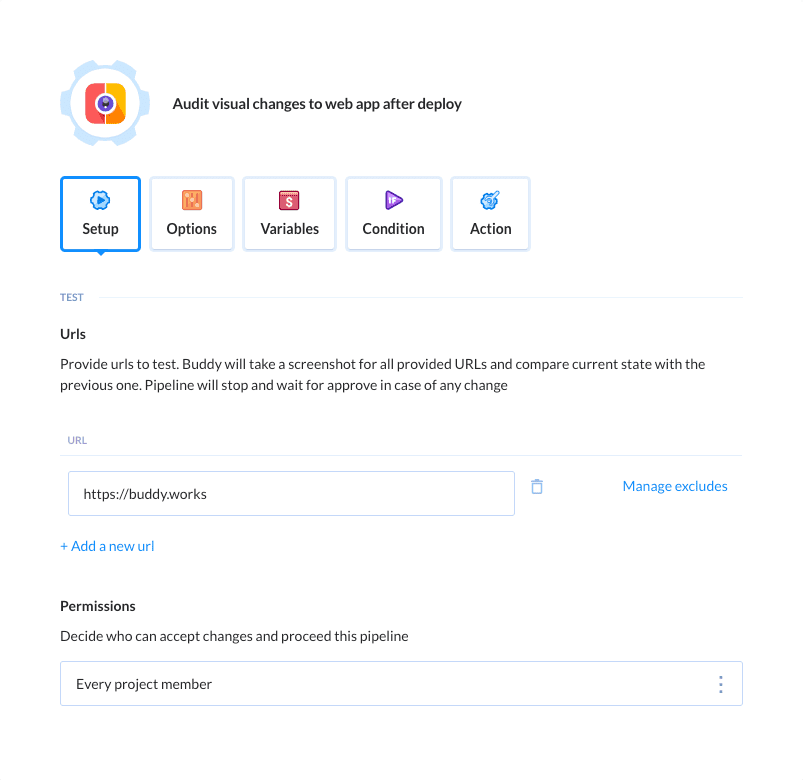 Buddy allows you to instantly connect Visual tests with 100+ actions to automate your development and build better apps faster.