In case you've never used Buddy before, our tool lets developers automate the whole delivery process and run it with a single click of mouse button. This includes building, testing and signing APK packages, and releasing them to Google Play: 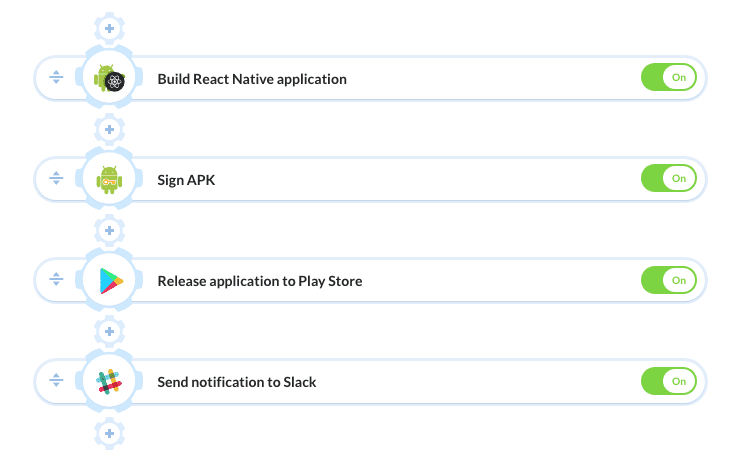 The action uses Docker containers as a development environment for builds. You can choose the version of Node, install missing packages, and add more commands to execute: 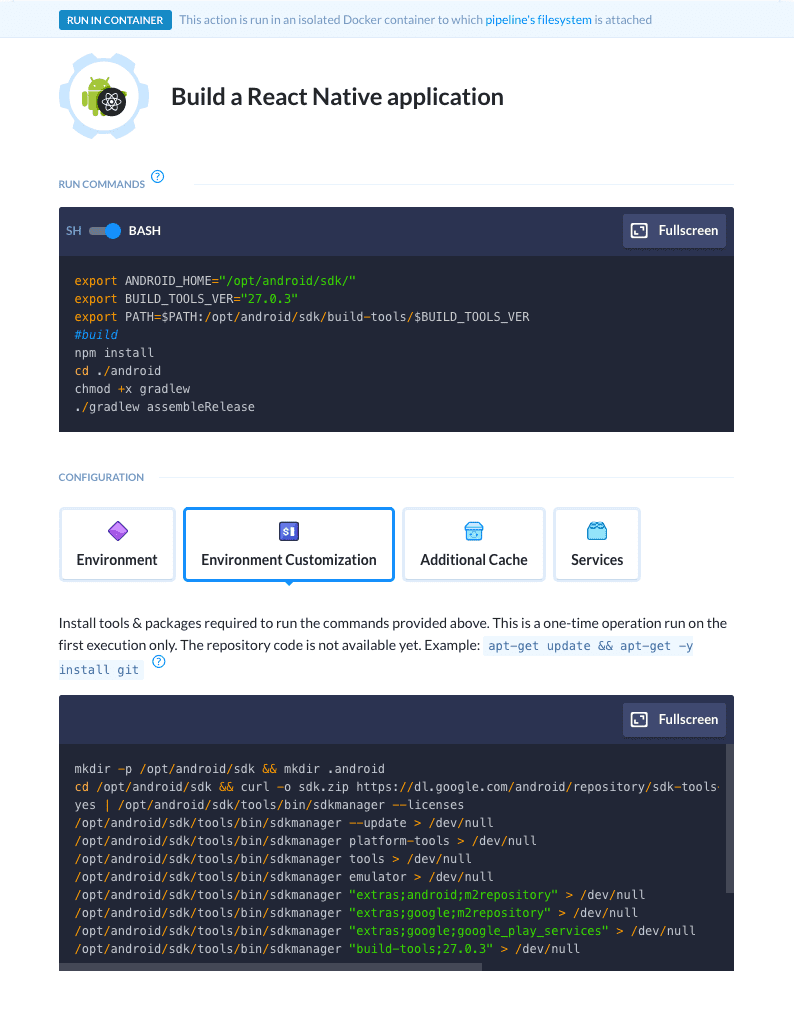 Need help setting up your workflow?

Reach out on the Intercom or drop a word to support@buddy.works with a short description of your workflow and we'll show you how to configure a pipeline for your process.