Buddy's core feature are pipelines: a set of actions performing tasks on code fetched from the Git repository. The pipelines can be triggered manually, on git push, or on a time interval. When a couple of pipelines are triggered at once, the executions are queued and run one-by-one (unless a higher number of concurrent pipelines is set in the workspace).

Until now, there was no indication which pipelines were queued exactly unless you looked up a pipeline manually and checked its details. This could prove confusing, especially when developers were running builds and deployments simultaneously in several projects. Why is my pipeline waiting? Which pipeline is running at the moment? Karl, did you just trigger a pipeline? No? Then who did? And in which project?

These questions are no more relevant – with this week's update you can check which pipelines are queued and where by clicking on an enqueued pipeline: 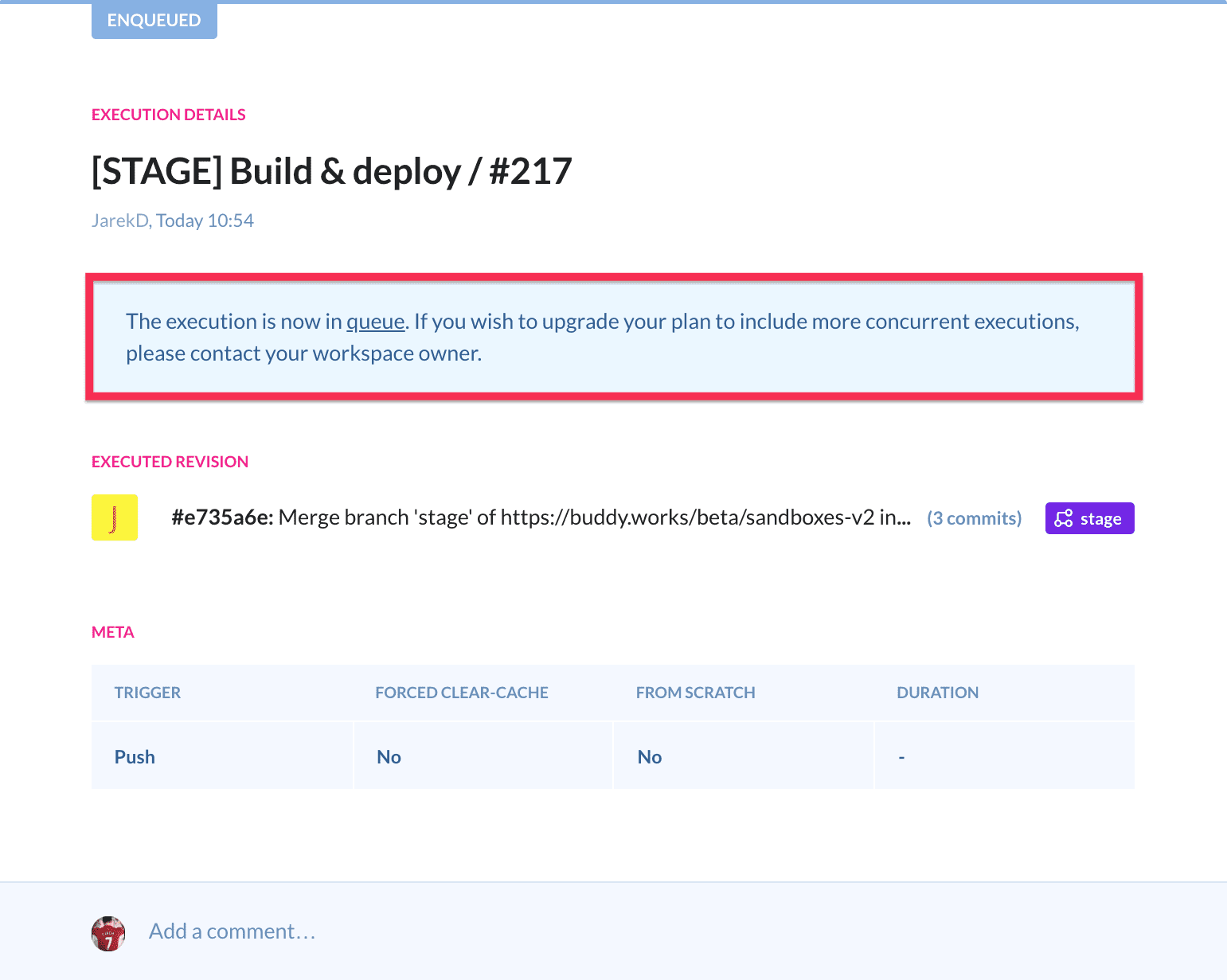 From there you can follow a link that will bring up the list of all queued executions. At the example below, you can see that LIVE and STAGE pipelines are running concurrently, and yet another STAGE execution is waiting for its turn: