Cypress is a fast and easy to use test runner for front-end apps, featuring a number of options that help developers comprehensively test modern websites. The new integration allows you to automatically run tests on every change to code, recurrently on an interval, or on manual pipeline execution. 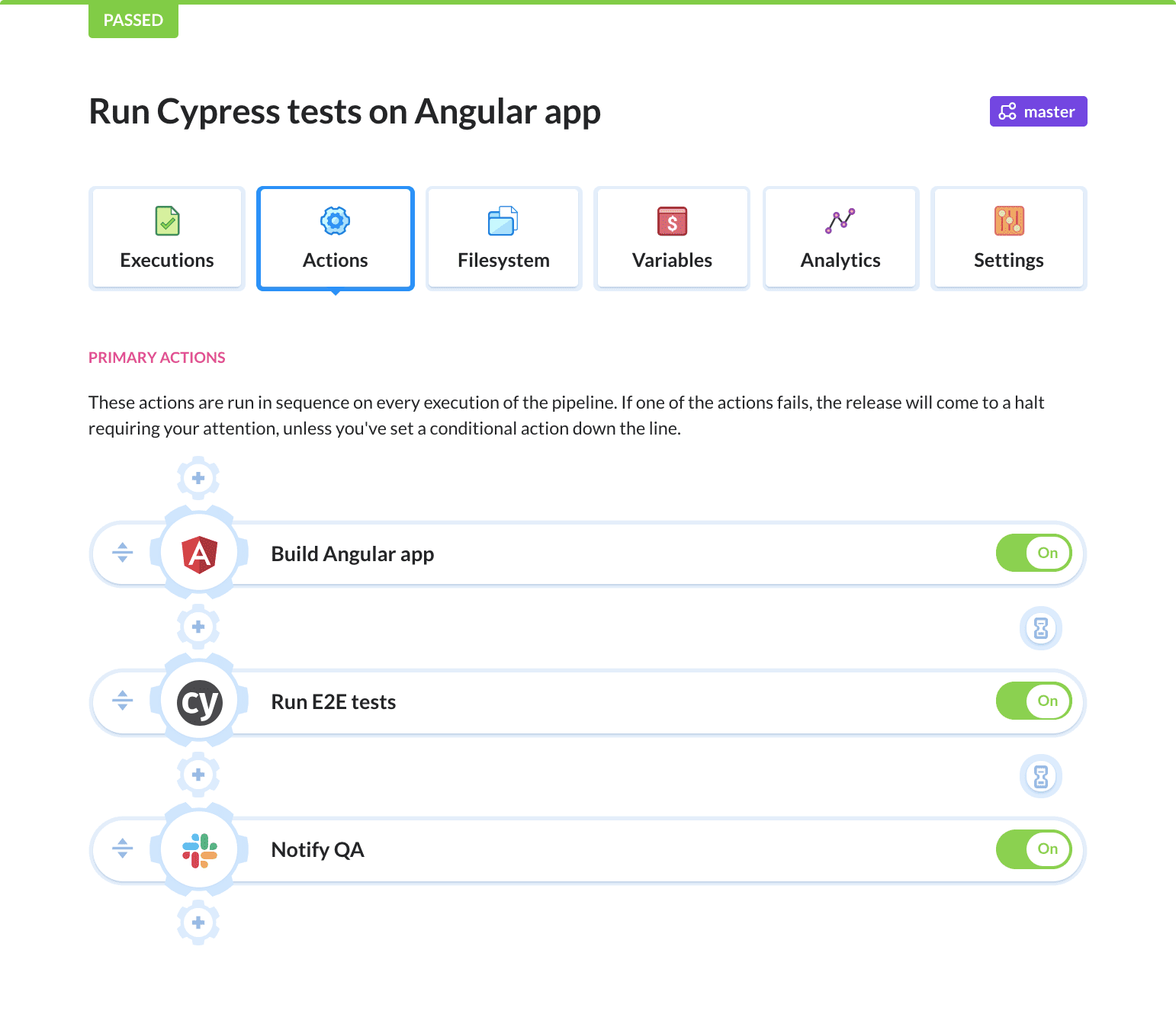 The feature can be found in the build section of Buddy's actions:

It uses the official Docker image with preinstalled Cypress as a template, with preconfigured run commands: 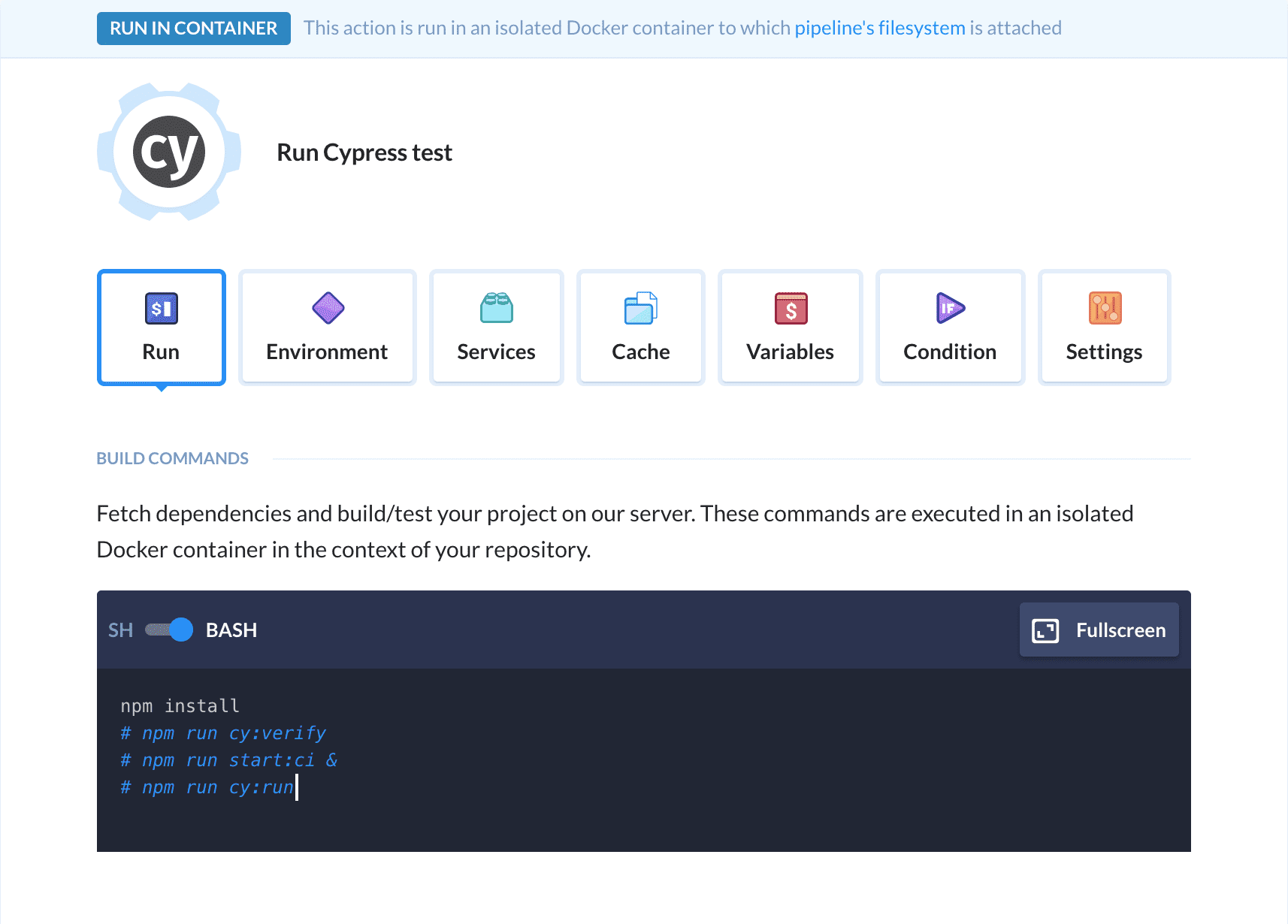 Once you add the action, Buddy will run the tests whenever the action is executed.

Buddy provides automation for a whole array of tests. Below you can find a couple of guides with detailed instructions on how to automate them using Buddy CI/CD: