With the rising popularity of Webpack, more and more people started to compare it with Gulp. Soon, fierce discussions which is better began to populate comment sections of web development websites.

In this blog entry, we'll take a closer look at the Gulp vs Webpack battle and show you what Webpack is, how it differs from Gulp, and – most importantly – which one you should use. 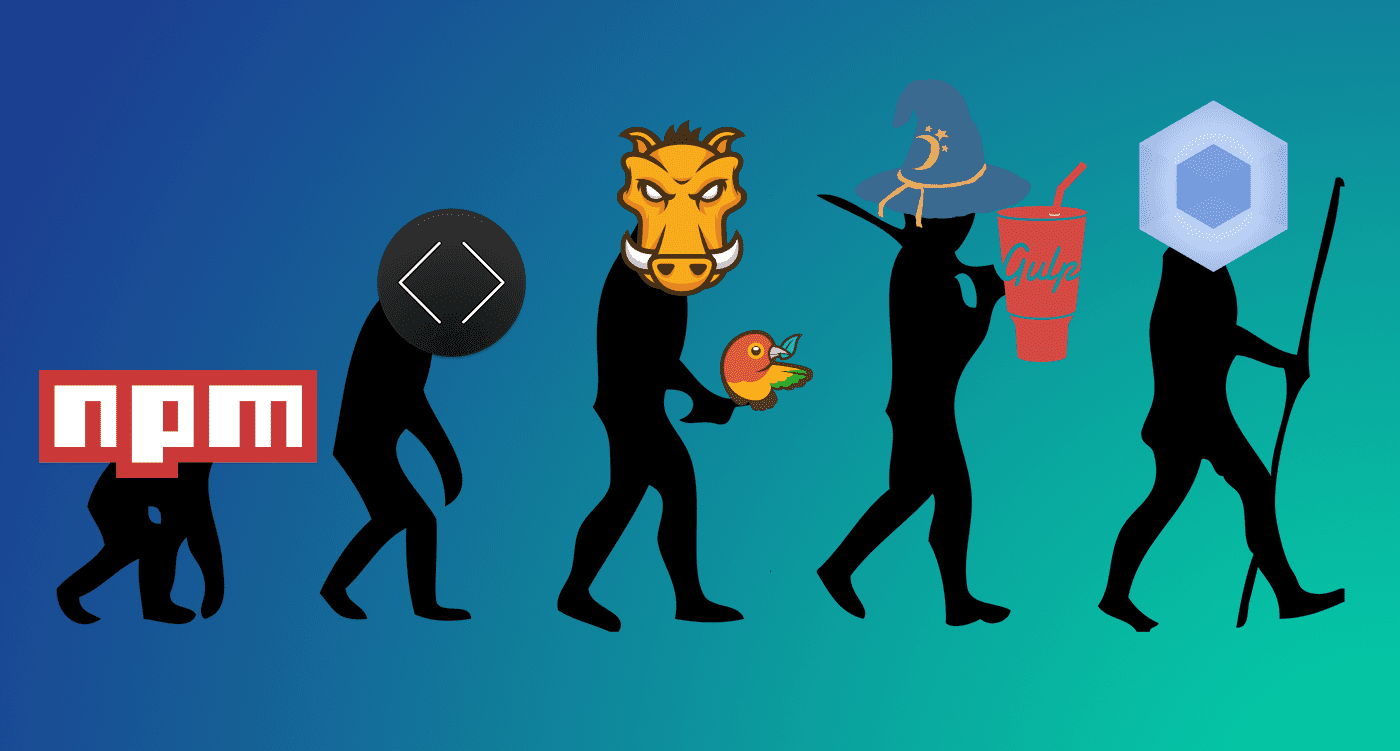 In the past couple of years, a lot has changed in the web development industry, with new tools continually displacing old solutions. This happened, for example, to CodeKIT, a GUI-based tool for compiling and minifying tools and assets eventually replaced by Grunt. Then Gulp appeared, and immediately won the hearts of web developers with its intuitiveness and power.

Now, Webpack is on the tide. Will it completely replace Gulp? Opinions are divided, but the trend is very strong:

What is this Webpack anyway?
Copy link

At its core, Webpack is a static module bundler for modern JavaScript applications. When Qebpack processes your application, it internally builds a dependency graph which maps every module your project needs and generates one or more bundles.

The whole idea is very well represented by the infographic below: 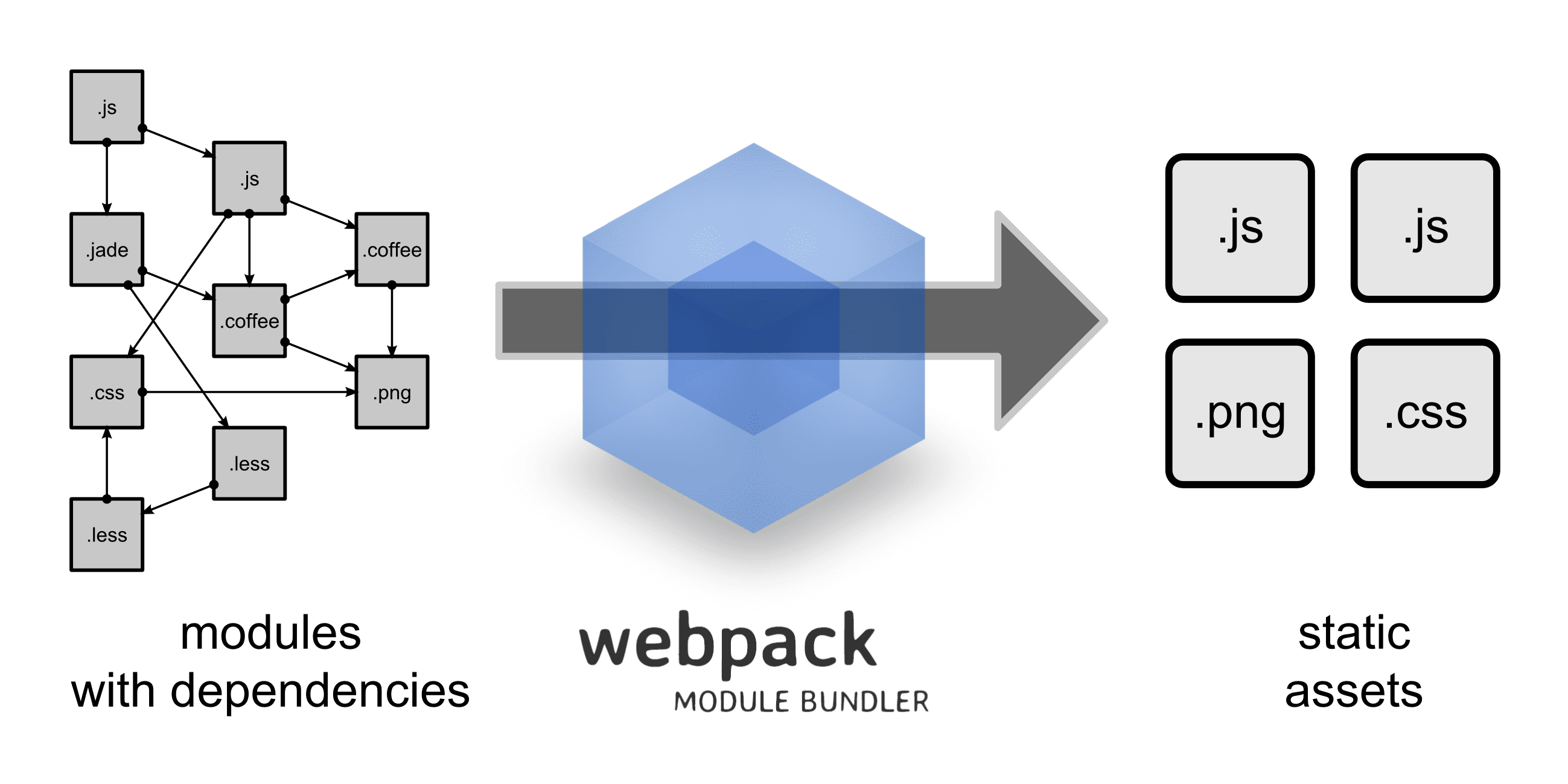 What is Webpack. Source: webpack.github.io

Here are some resources that will help you kick off:

More of a visual learner, are you? If so, go and check out this video by LevelUpTuts to learn more about Webpack:

In short, a task runner is an application that lets you automate repeatable activities. The tasks are defined in a .js file and executed with a command containing the name of the task. You can, for example:

First, you define the tasks. The process is very easy:

Then you can run all tasks with a single command:

Gulp also has an extensive database of plug-ins that you can use to write the tasks even faster.

#2: Webpack is NOT a task runner
Copy link

The second difference between Gulp and Webpack: contrary to Gulp, Webpack is a module bundler. Its main purpose is to generate static assets from the application modules and dependencies.

Let's assume we have an application that consists of 2 .js files and one .css file. This is what the files look like:

Let's use Webpack to merge them into one file. First, install the bundler and CSS loaders:

The result will be target.js, a bundled .js file with our application.

Okay, so we know that Webpack is not a task runner. Does that mean you have to use Gulp/Grunt to handle your tasks? Not at all.

All you need to do is define your tasks in the scripts section of your package.json file:

You can use npm or Yarn as a task runner:

Webpack vs Gulp - and the winner is...
Copy link

With both tools you can handle practically every type of workflow. In terms of usability, Gulp is the winner here: it's much easier to define and execute your tasks. On the other hand, Webpack's configuration options are much more flexible + it's developing very fast and has a community growing in size with every day.

It's hard to indicate a clear winner here: it all depends on the profile of your work and the preferences of your team. The truth, as always, is prozaic.

This article was inspired by one of the articles on CSS Tricks, specifically the discussion in the comments section.

Some people fell in love with Webpack, claiming they don't need Gulp anymore. Some people praised the simplicity of Gulp and complained Webpack is overengineered. As one person put it: "Things need to be practical, seat-of-your-pants, and forgiving".

In Buddy we think there's no correct answer to that argument: we do recommend Webpack as a bundling tool, but that doesn't mean you have to give up Gulp entirely if you start using it. After all, the ultimate aim of both applications is to help you deliver better, faster websites. 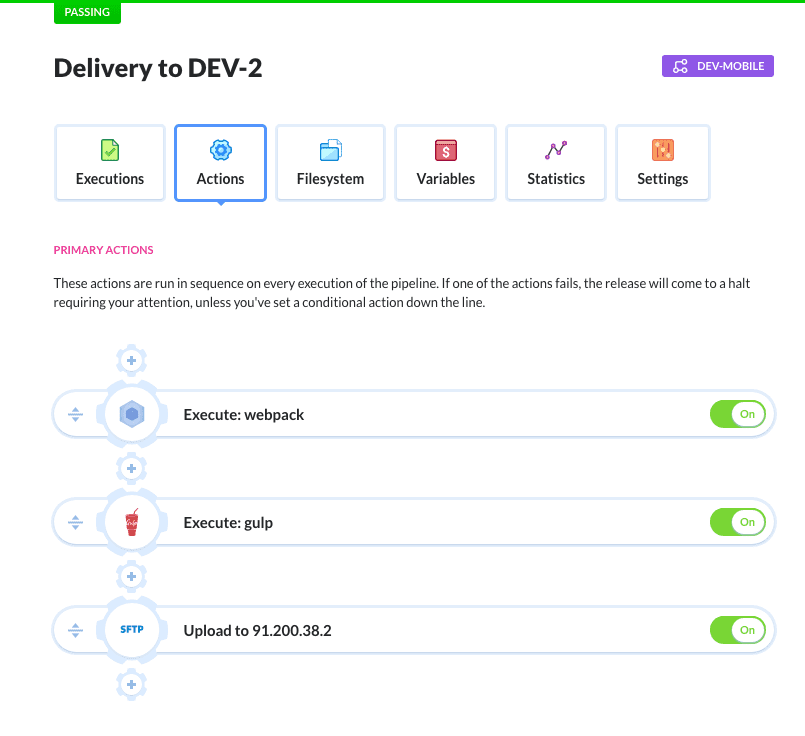 Gulp and Webpack in one delivery pipeline in Buddy

As you can see, our delivery workflow contains both Gulp and Webpack actions. In the end, what you're going to use in the end is entirely up to you.

Keep calm and <code> on!