Arsenal needed a solution that would accommodate all their tech in a single tool. However, the complicated stack made it difficult to configure the delivery of the application. That's why they went for Buddy:

Our reason for choosing Buddy was how it matched perfectly with our chosen technologies as well as to save time that would normally be spent managing our pipeline using other, more complicated, solutions. 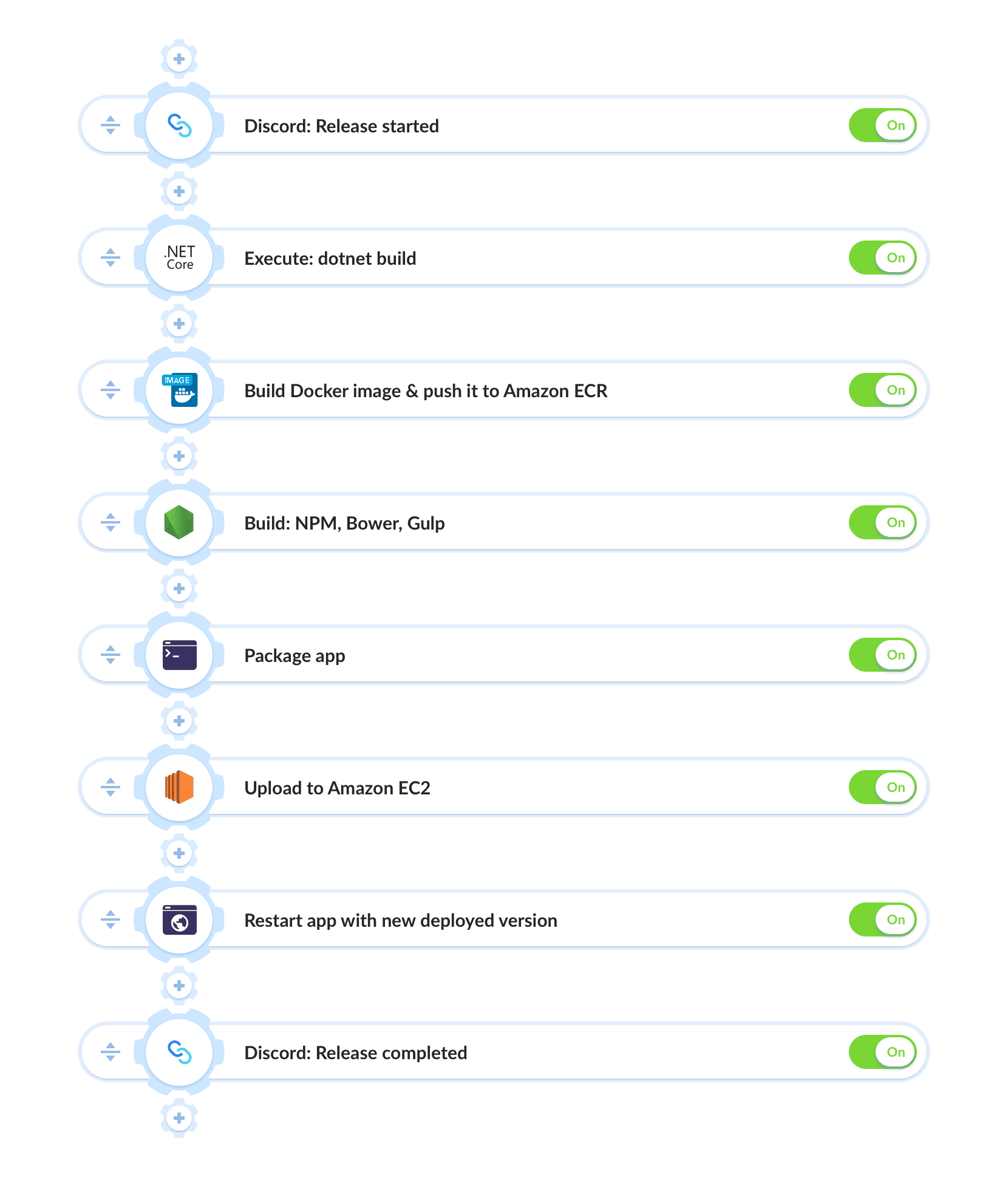 A game of actions

Arsenal come from the gaming community and they did what you would expect from H/C gamers: they played their Continuous Deployment strategy like a seasoned team of FPS veterans, with Buddy making it all dead simple.

Buddy has allowed us to very quickly and painlessly build a development release cycle that is both dependable and versatile. The simplicity of building our services, Docker containers, and releasing to AWS has been a dream come true.

Once we are further in development, we will be using AWS CloudFront to distribute our website globally. We're excited to explore Buddy's built-in support for CloudFront when we get there.