iOS has come to Buddy! 🔥

The wait is finally over: iOS builds are here! After a few weeks of closed testing with selected early-adopters, we are now ready to officially open the beta to everyone who showed their interest by signing up.

Due to a large number of sign-ups, we are going to activate the iOS feature in weekly tiers. If you're interested in joining the party, leave a message on our live-chat down below or drop a line to support@buddy.works. Once activated, you will find a new iOS category in the action roster. 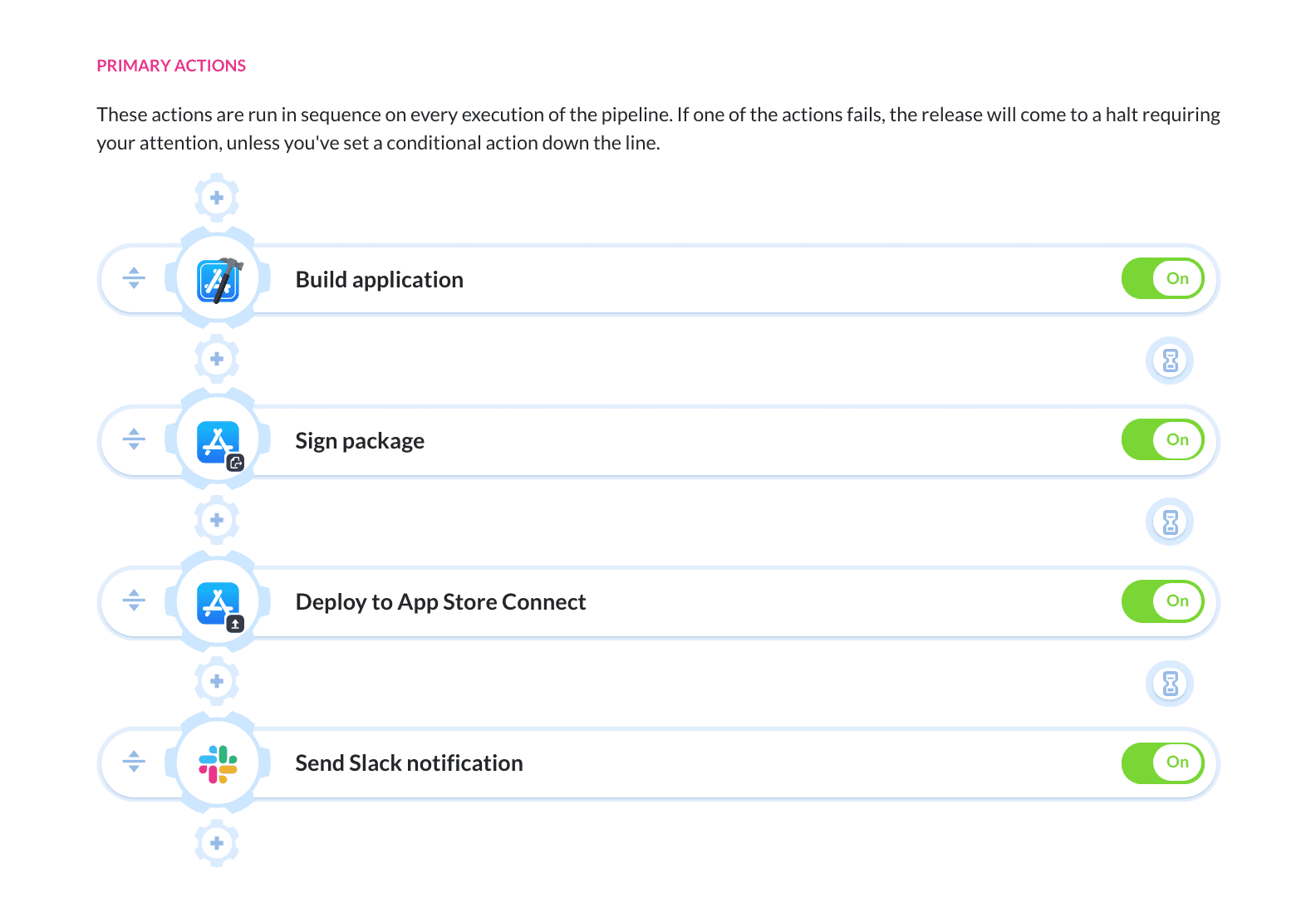 Please mind that the new actions may be still prone to bugs or miss options valid to your workflow (this is why it's called beta). We'd greatly appreciate ALL kinds of feedback, from bug reports with steps to reproduce, to feature requests, to use-case descriptions that will help us understand the new and exciting world of Apple developers. Thank you!

Just like with Android, iOS will be supported with as series of actions that will let you build, test, sign, and deploy your applications to App Store Connect from the following SDK development environments:

Builds are run on isolated MAC VM's with pre-installed SDK's. Each action lets you define the commands to run and the version of the environment (at the bottom). Here's how it looks for Xcode SDK: 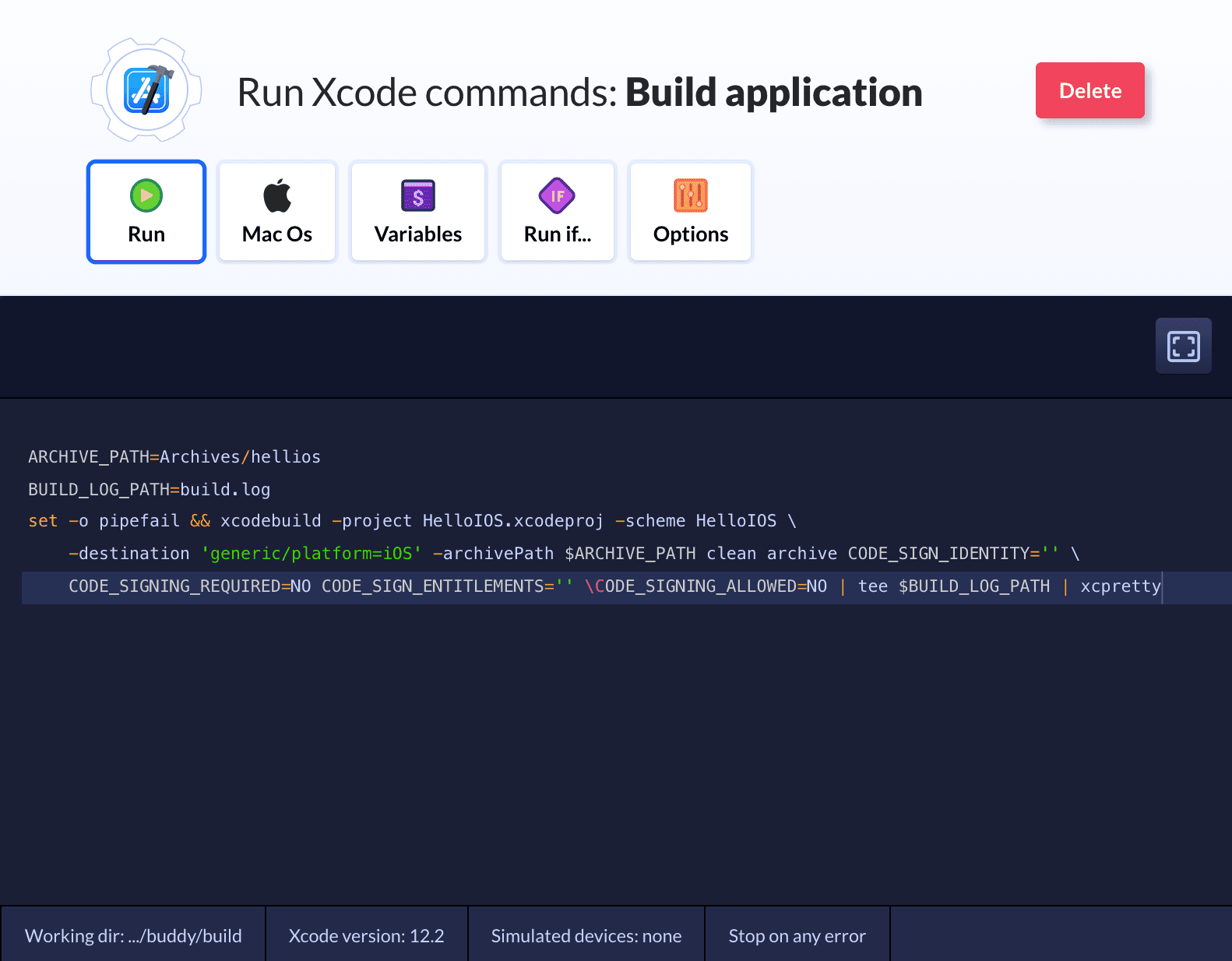 The next step is signing and exporting the package. Here you can upload the distribution certificate and provisioning profile, and decide if you want to share the app with your team, deliver it to an organization, or release it to the world via the App Store: 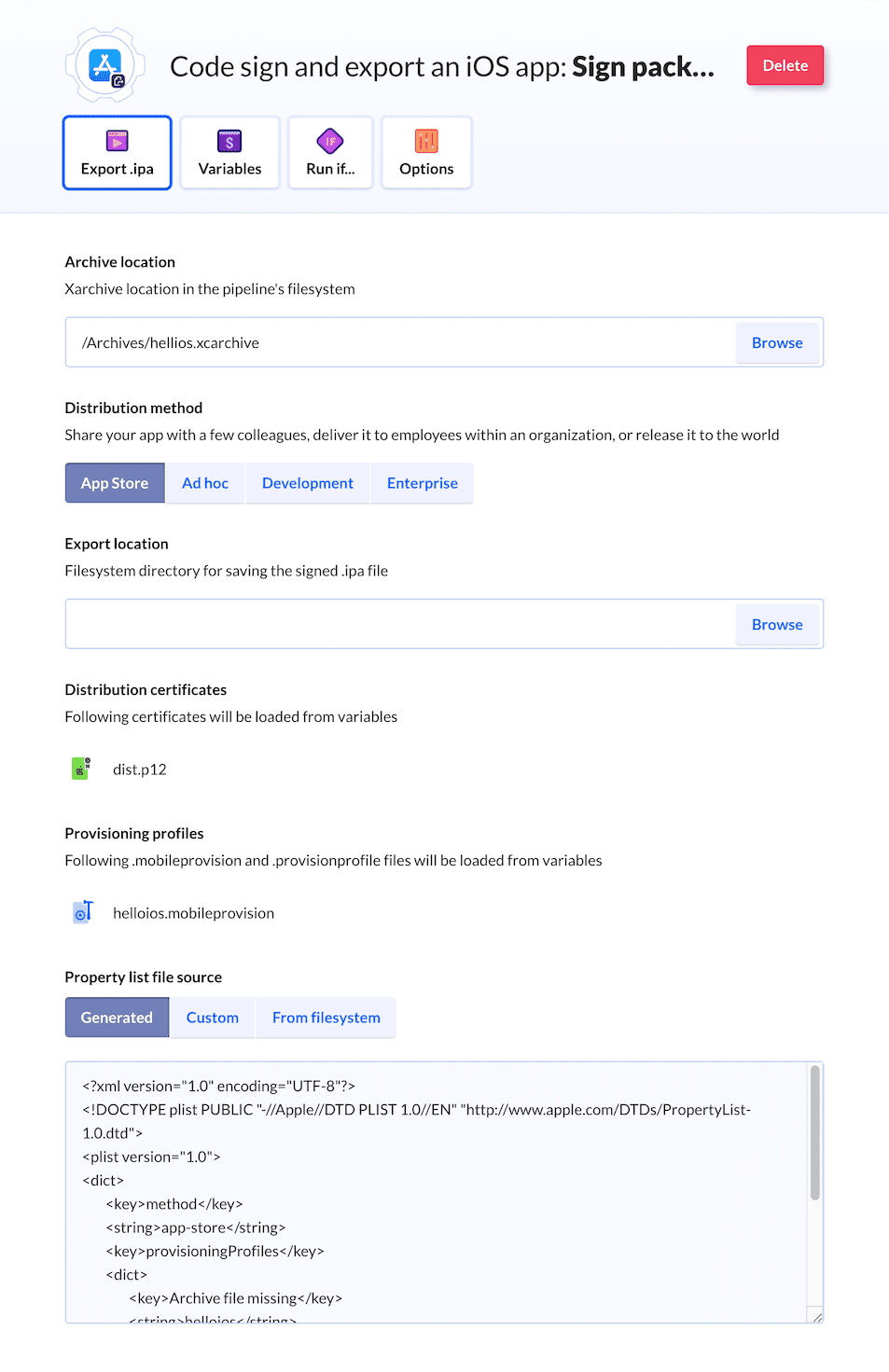 Once you're ready to take the mobile world by storm, add the deployment action. There you select the location of your Xarchive in the pipeline filesystem and choose/configure the App Store integration to use: 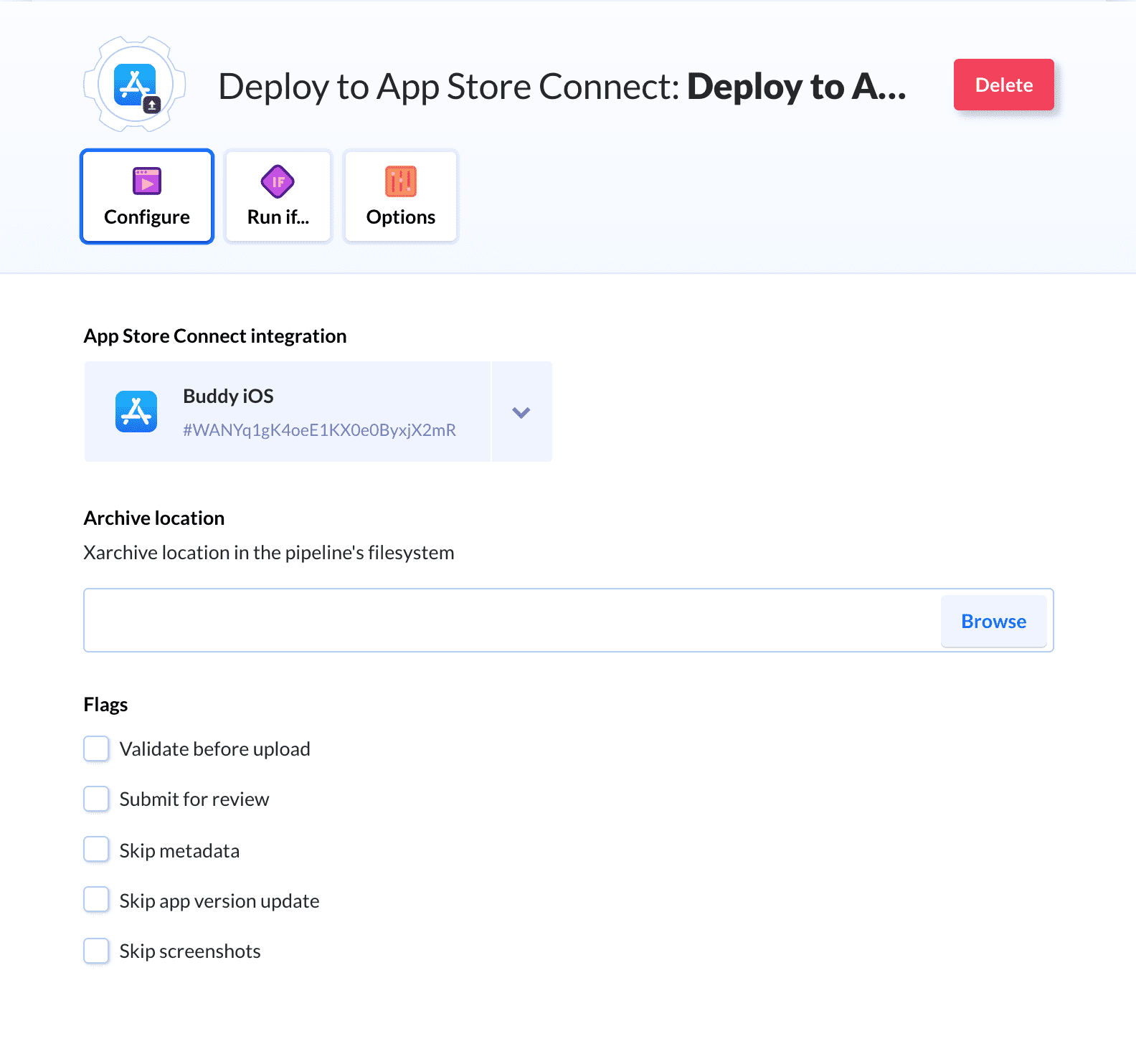 And just like that, clean and simple, you've created a delivery pipeline for an iOS application. Cheers to that! 🥂