A while ago we introduced an option that expands the available architectures in the Docker build action. However, the option allowed building only one architecture per image. This week we release a new action that lets you build Docker images for multiple platforms at once.

If you want to build the images on Buddy On-Premises, you need to install QUEMU emulator on every worker of your instance first. 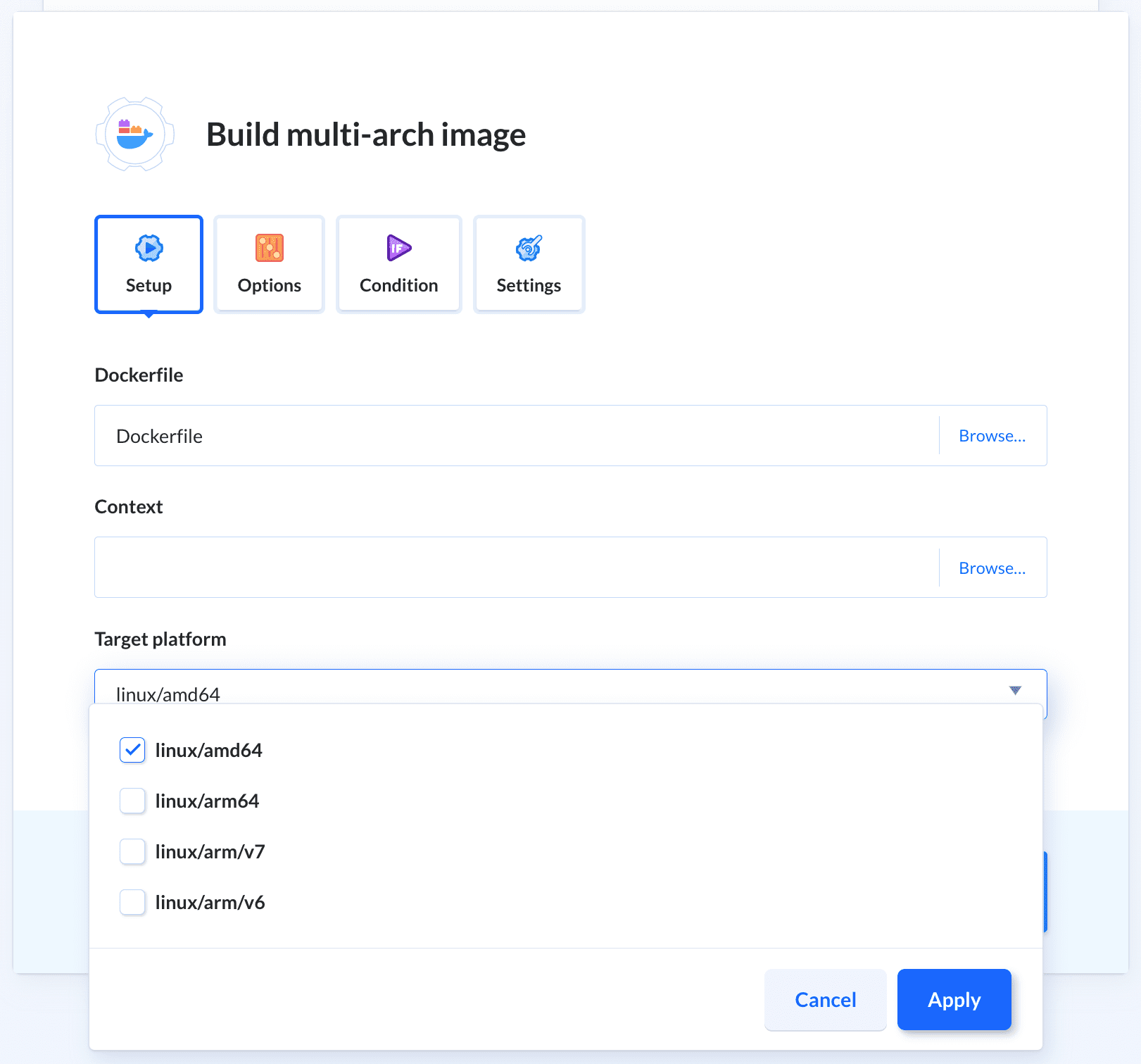