Gulp is a Node stream build system that lets developers automate tasks such as bundling and minifying libraries and stylesheets, or running unit tests and code analysis.

With its code-over-configuration approach and cleaner API, it is often presented as a counterweight to "config-heavy" Grunt. It uses Node streams to read input and output data, processing its tasks in memory which results in speed and saving on I/O operations. 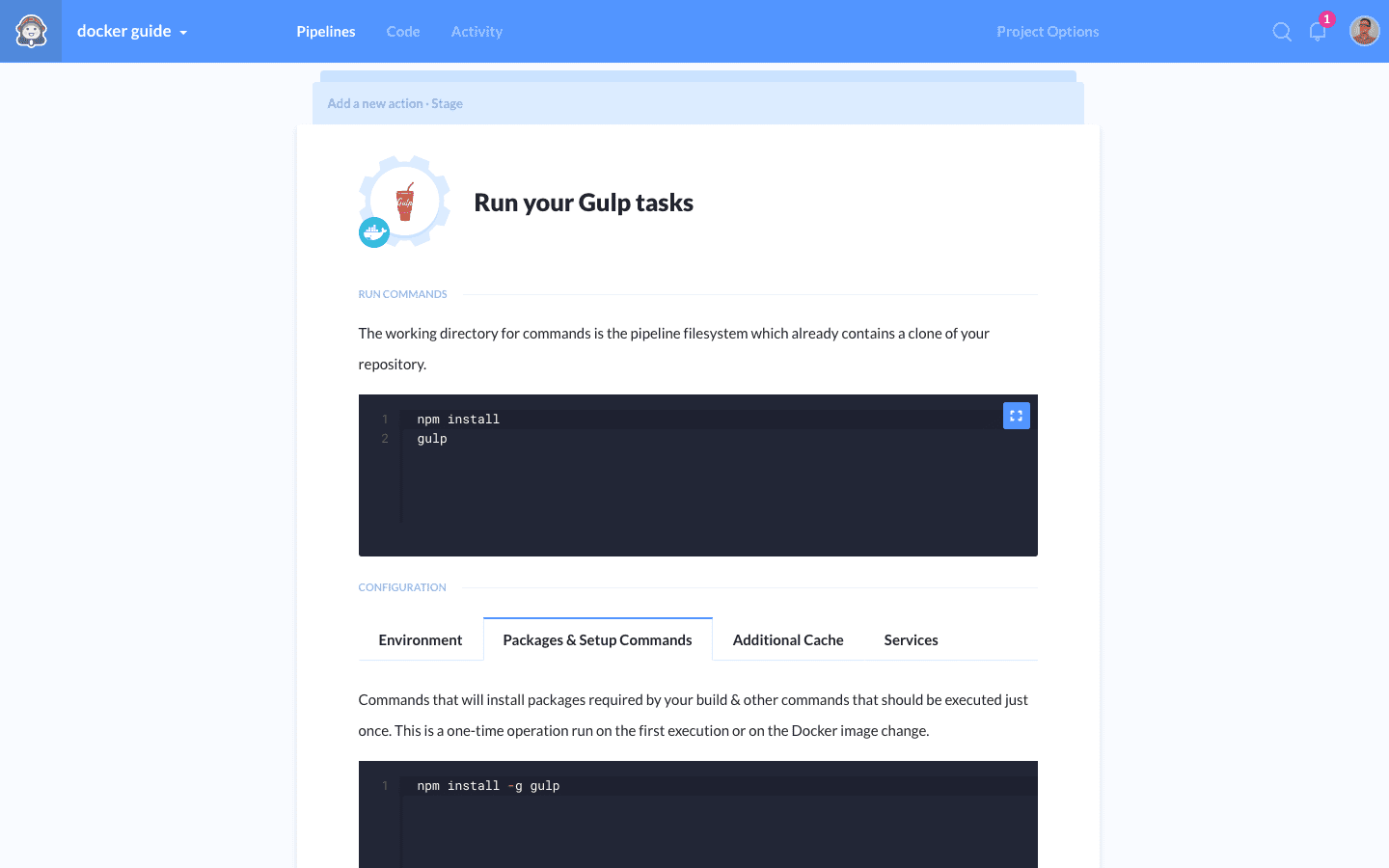