Buddy lets you build Docker images of your applications and push them to Docker Hub, Amazon ECR, and private Docker registries. We're happy to announce that from now on you can build and push your images to the Google Container Registry as well. 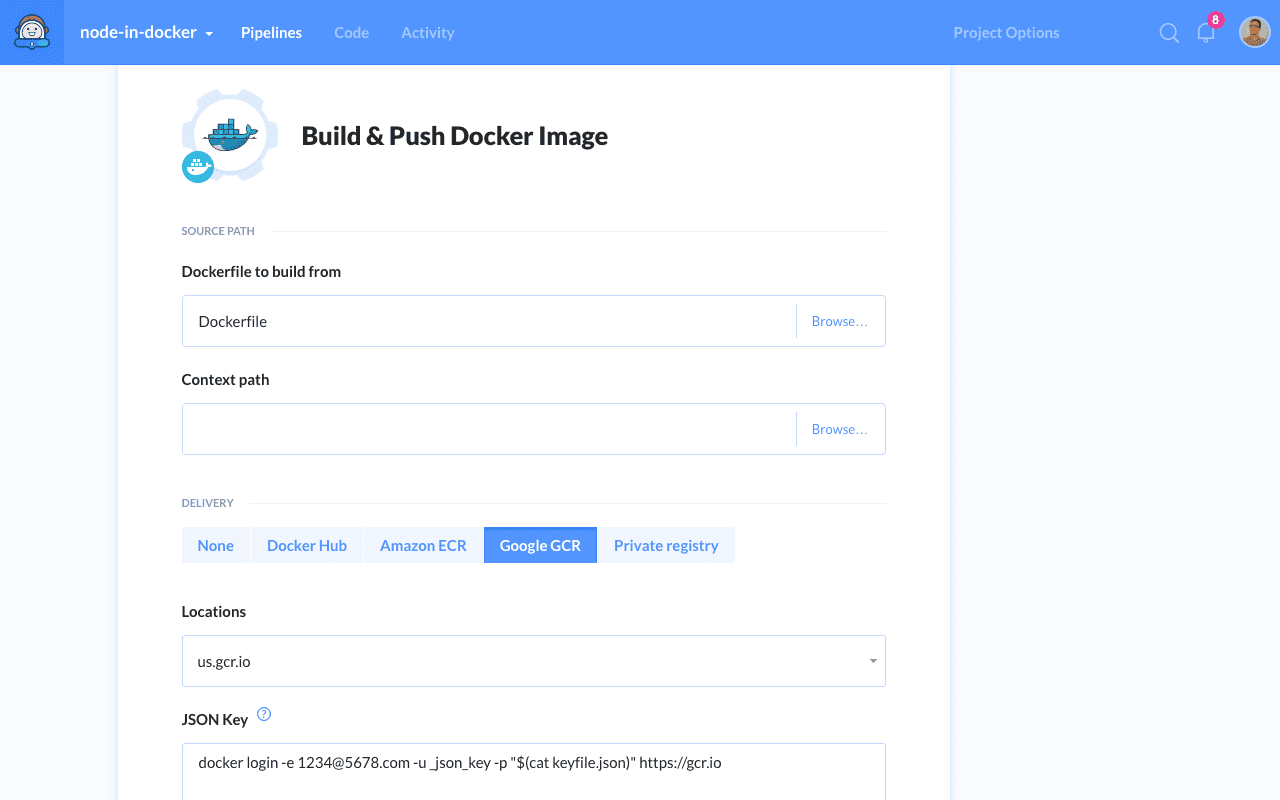 With Buddy you can automate building and pushing the images by creating a pipeline in automatic mode with the Build Docker Image action.

NOTE: Authentication is performed on the basis of a JSON key file.

You can read more about building docker images here: