Handling and managing sensitive data is extremely important in the CI/CD process. This type of data shouldn't be kept in the repository to avoid unnecessary risk. You can, however, store it in Buddy in the form of variables, en elegant an practical solution for every developer.

So far, there were two types of variables:

Learn more about the environment variables and SSH keys

This week, we are adding a new type of variable type: file. This feature allows for adding files to the variable (e.g. config files, keystores, or JSON keys), which then can be used in build actions.

In the pipeline's Variables tab, add a new variable and select File in the Type dropdown menu. The last step is uploading the file and providing a key so you can identify it: 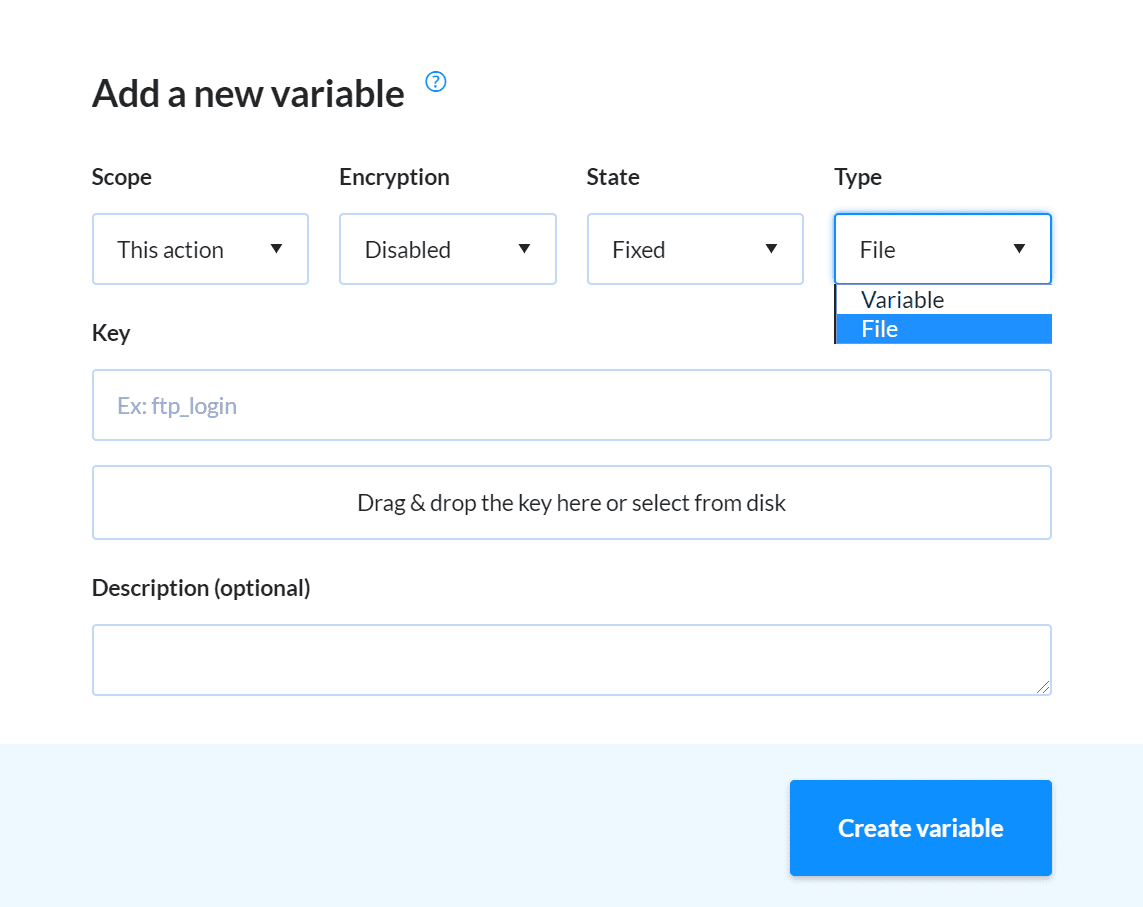 The contents of all variables in Buddy are always kept in an encrypted form regardless if the encryption is enabled or not. This option simply keeps the variable contents blurred in the execution logs.

This type of variable is kept as a file on the container's drive in every build action. The file's localization is saved as an ENV VAR with the key provided during configuration. To check the location of the file on the disk, simply run echo $MY_FILE.

For example: if you defined a config file as a variable and you want to use it in the working directory of the build, you just need to run mv $MY_FILE config.json: 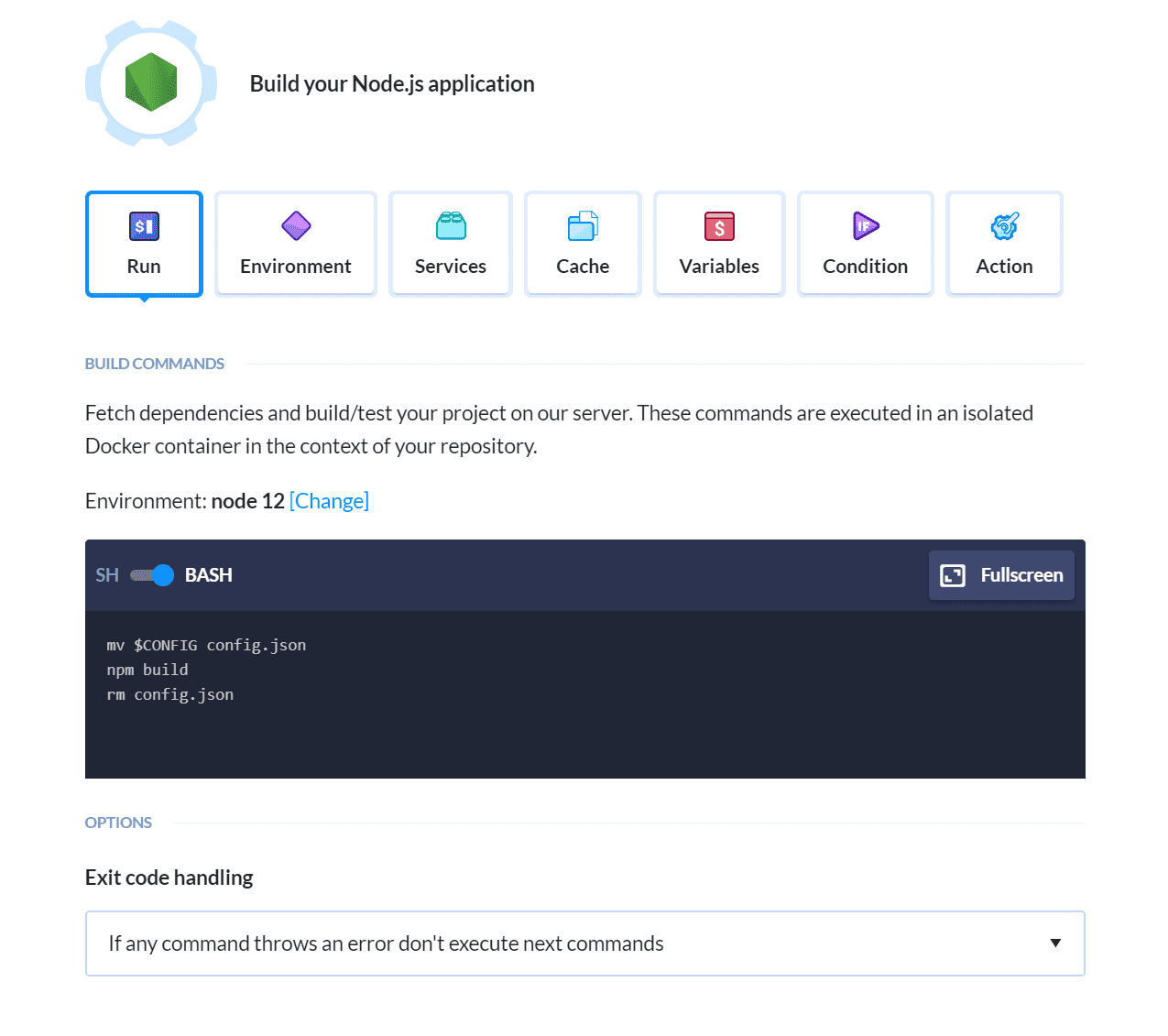 Using the variable in the Node action

Make sure to delete the files copied to the pipeline's filesystem after the build. Otherwise, it will remain in the filesystem and can be downloaded by anyone that can access it.

We are currently working on expanding the functionality of this type of variable to other kinds of actions and developing new ways of managing your secrets. Remember to subscribe to our blog and follow us on Twitter to be always up-to-date with the new Buddy features.

A journalist and an SEO specialist trying to find himself in the unforgiving world of coders. Gamer, a non-fiction literature fan and obsessive carnivore. Jarek uses his talents to convert the programming lingo into a cohesive and approachable narration.