From now on commits, branches and merge requests in your Buddy workspace are labeled with statuses generated on the basis of the last execution.

For example, if you have a wildcard-based pipeline configured to run on push to any branch, you will see:

This feature makes it easier to keep an eye out for errors in the project so you can react quicker and take action if necessary. 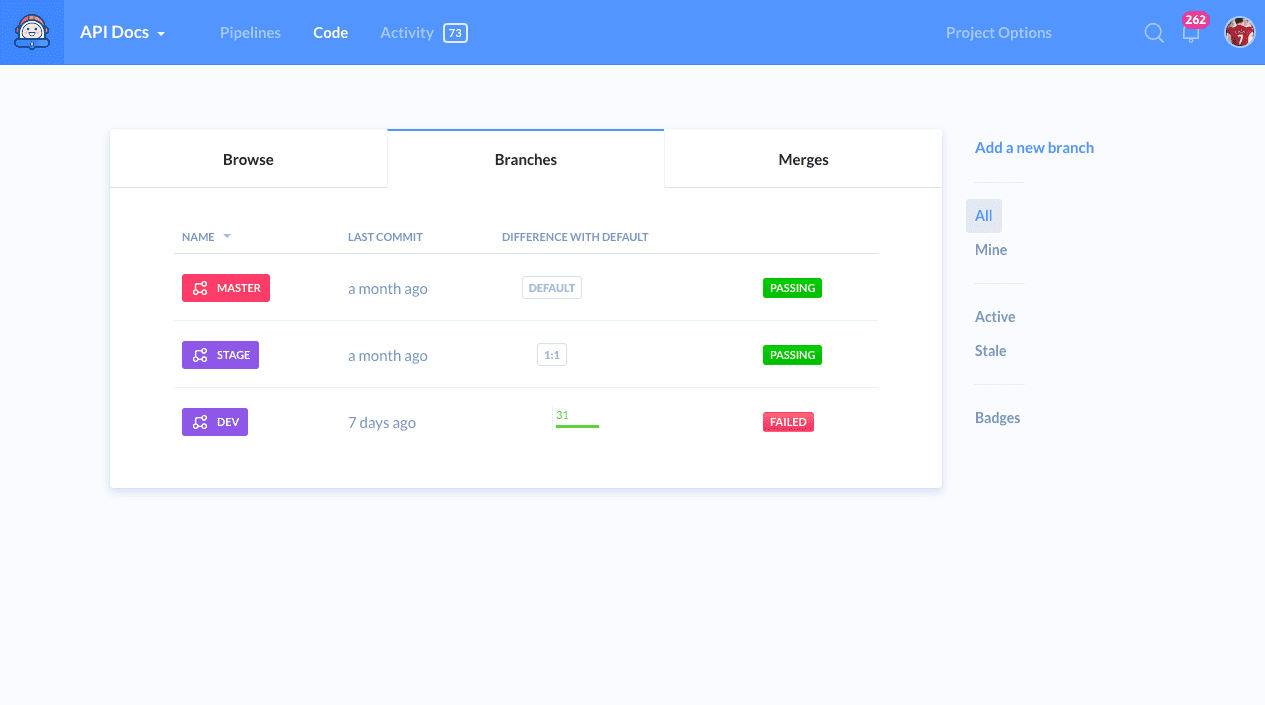