It scales with the cloud infrastructure, allowing to deploy the same application revision to multiple nodes at once across different environments + tracks application health according to configurable rules. 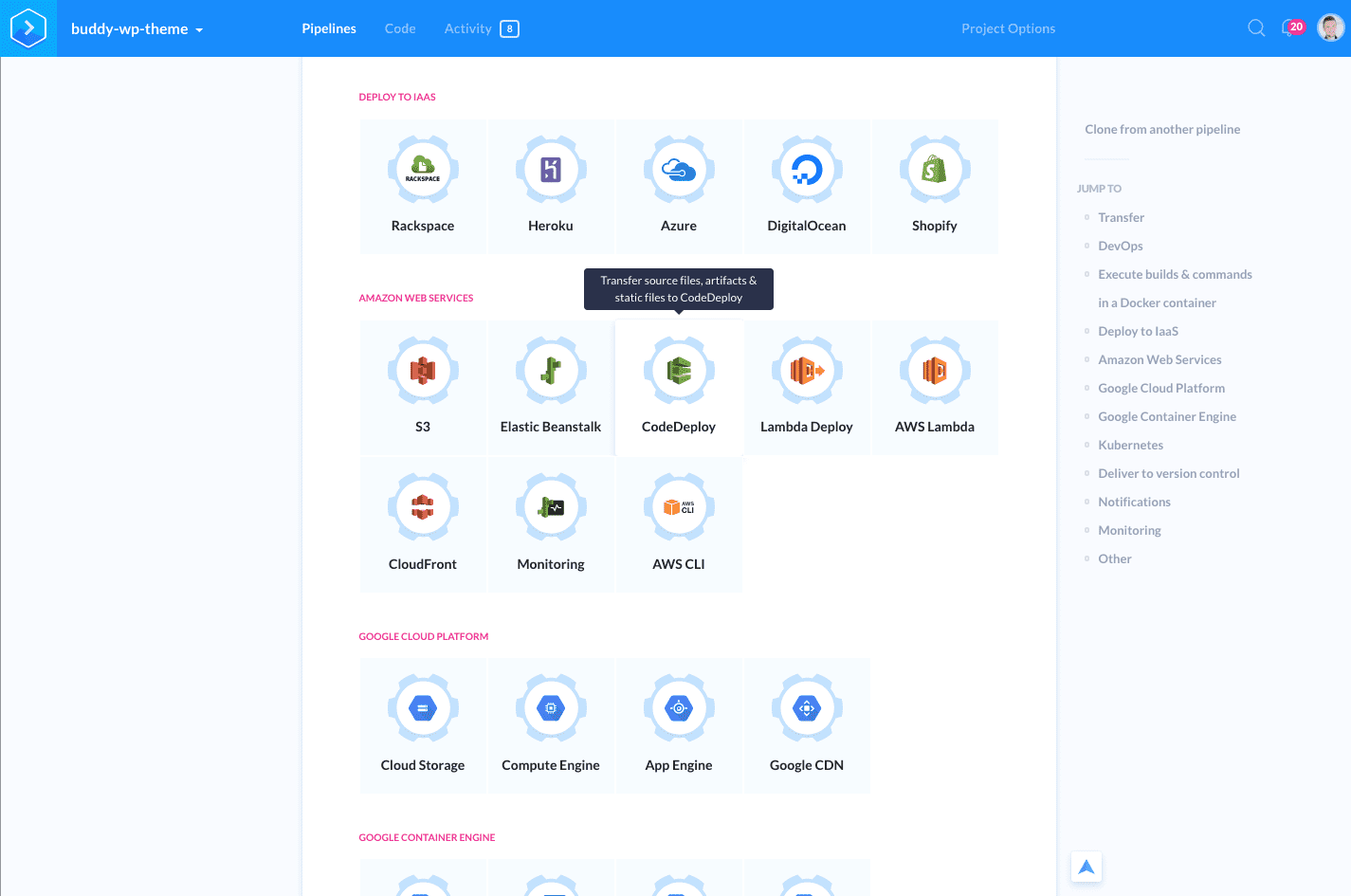 The update adds a new option to the action settings that forces the action to wait until the deployment has finished before applying the status icon: 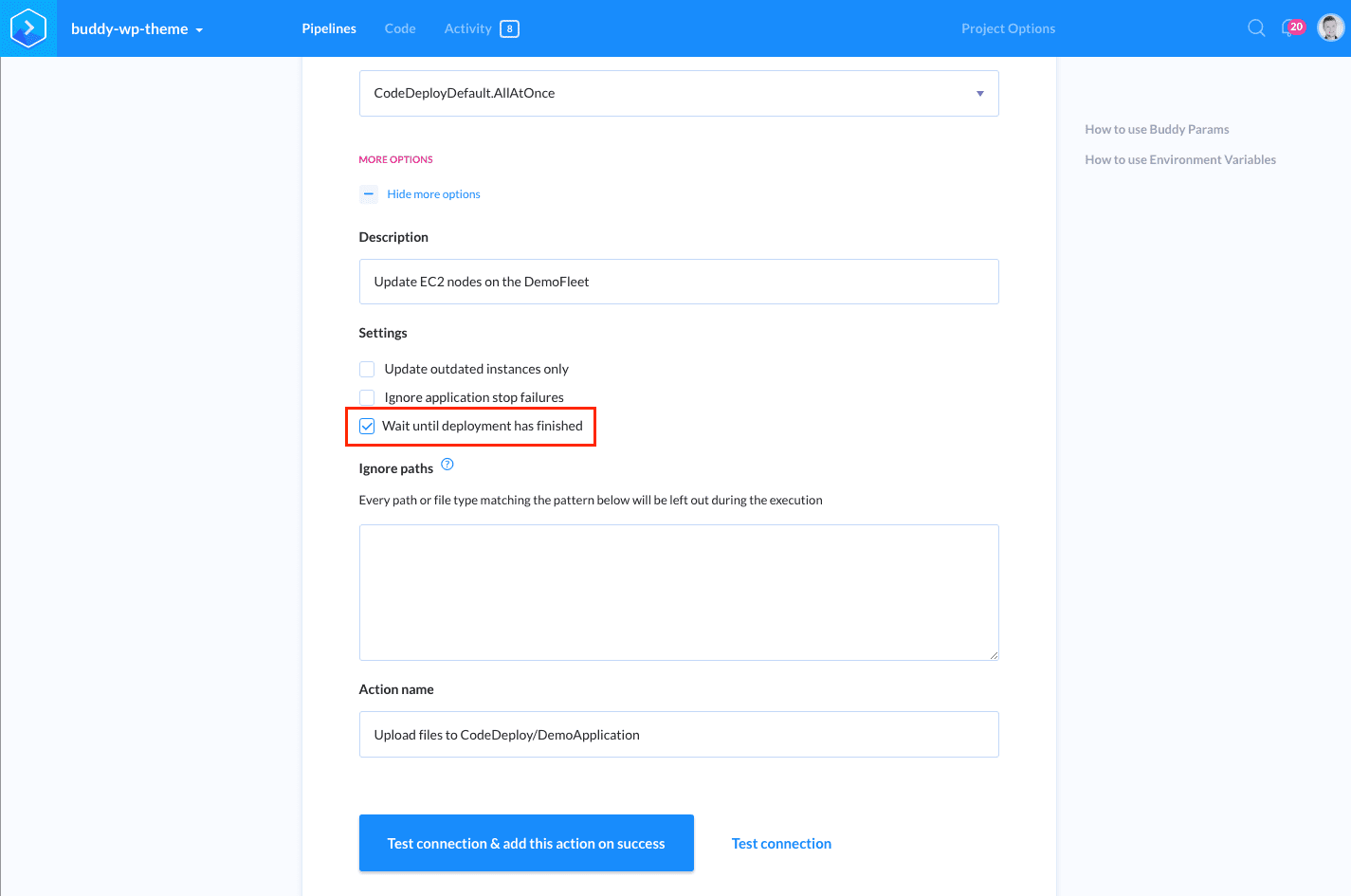 Previously, Buddy just ran the deployment and moved on without checking the deployment status. Now, it will wait until all files have been uploaded to your nodes before marking the action as successful. If something went wrong (eg. the files contain errors), the action will finish as failed.

TIP: You can add a conditional notification that will keep you posted in case something goes wrong (see below). 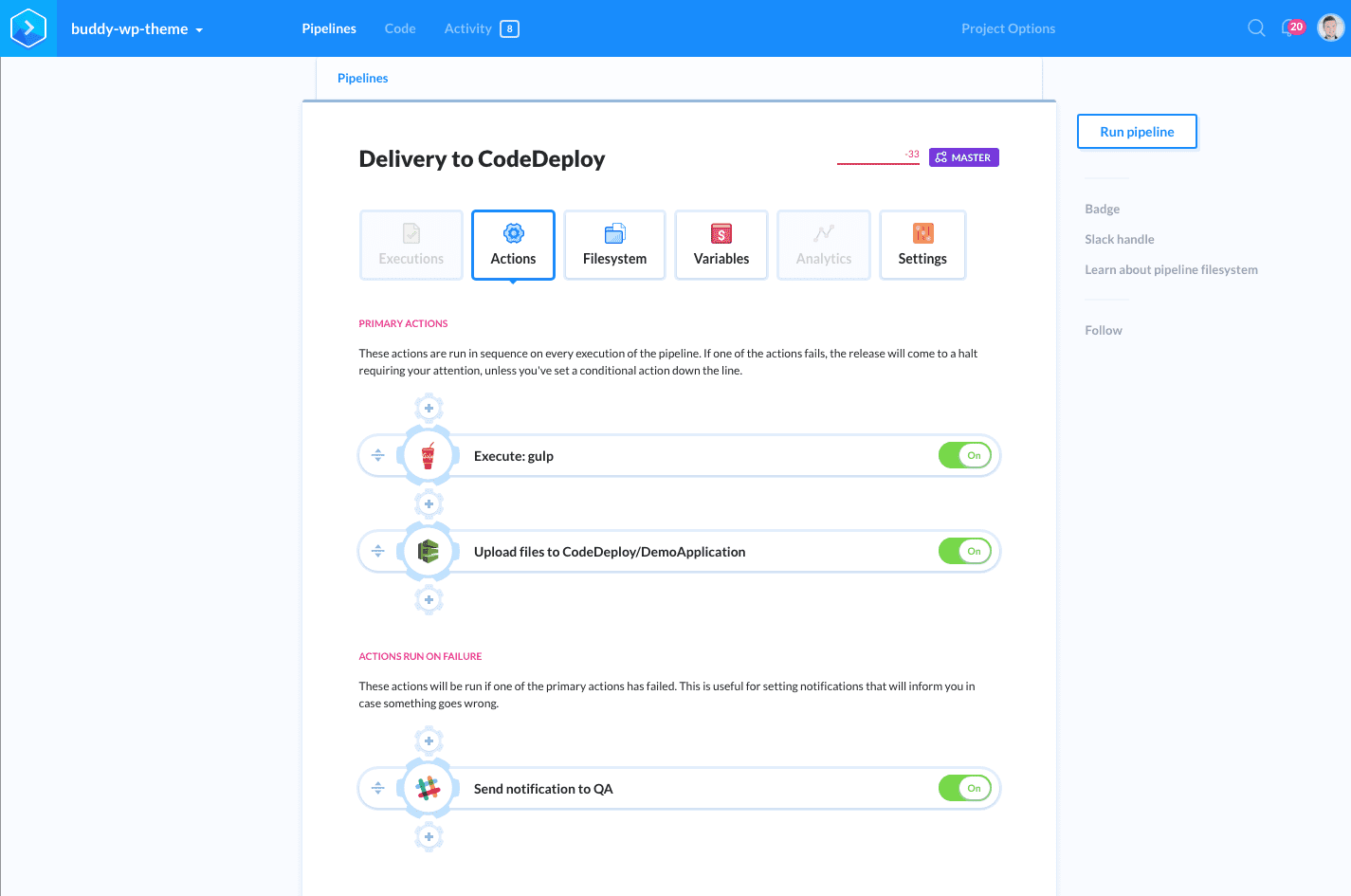