The new coat of paint on Buddy's UI has almost dried up, with a couple of final brush strokes bound to arrive early 2022. In the meantime, we took the opportunity to introduce an update that will make the life of every project manager easier – especially those of you who manage large numbers of projects and developers.

If somebody is assigned individually to a project and the group to which they belong is invited to the same project, Buddy will combine both permission sets and apply the one with the higher range for that user. For example, if you belong to a project with the 'Developer' role and your group joins the party with the 'Read-only' role , you will retain your 'Developer' permissions because it includes the R/O access by default. 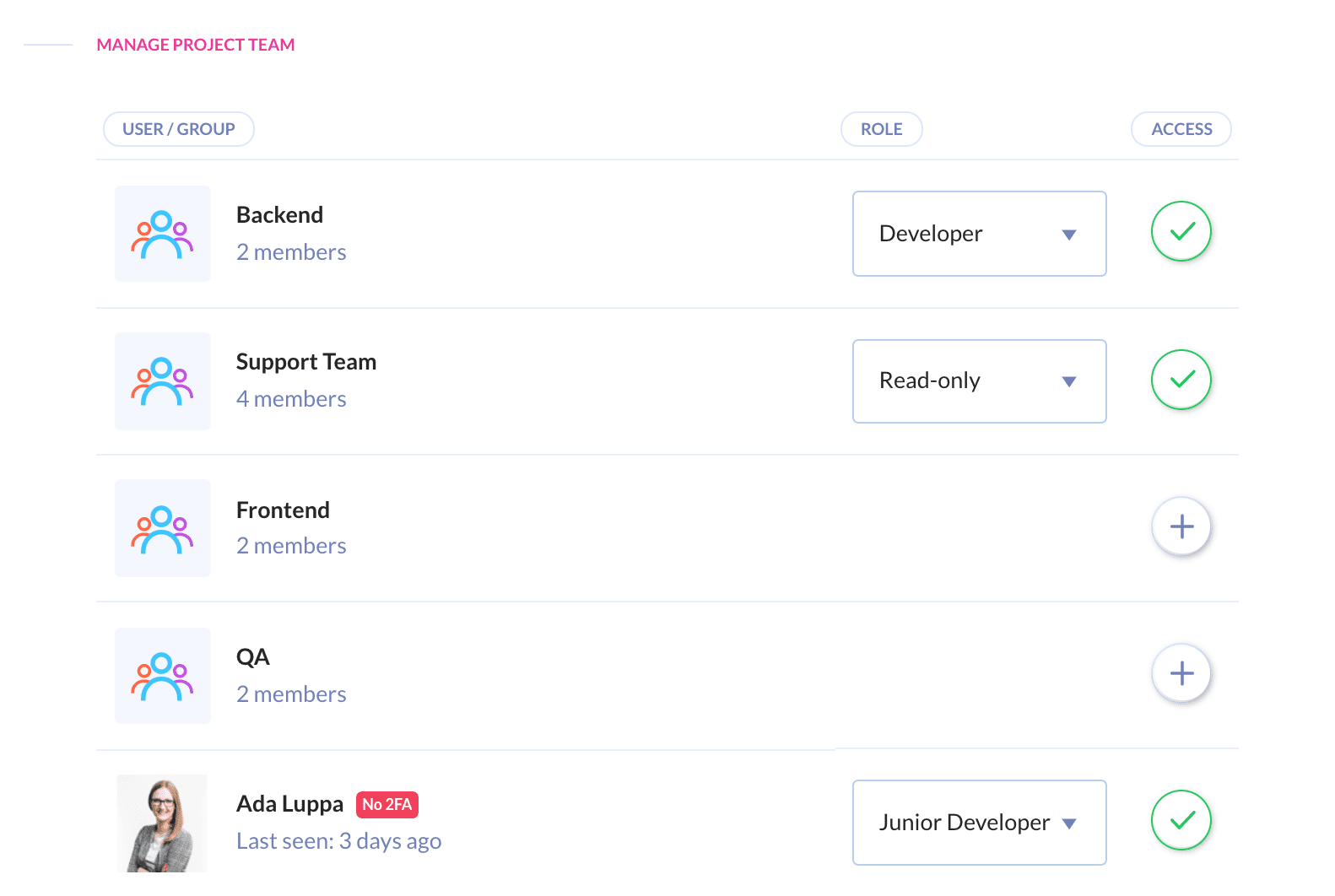 Groups on the Project Team view

The next feature on our roadmap is SSO (single sign-in), one of the most popular usability requests so far. Look forward to February, 2022!

Buddy is 100% customer-driven. If there’s a feature or integration you miss, drop a line to our live-chat or directly at support@buddy.works.