With Google picking up the pace in serverless computing, Buddy doesn't lag behind delivering two new actions that will let you deploy and invoke GCloud Functions.

In short, Functions act as application backends with no server provisioning or management, which is especially good for projects whose traffic patterns are hard to predict. They are event driven, which means they're executed only when cloud events occur.

This action allows you to automatically update the function on GCP on every change to the function code in your Git repository: 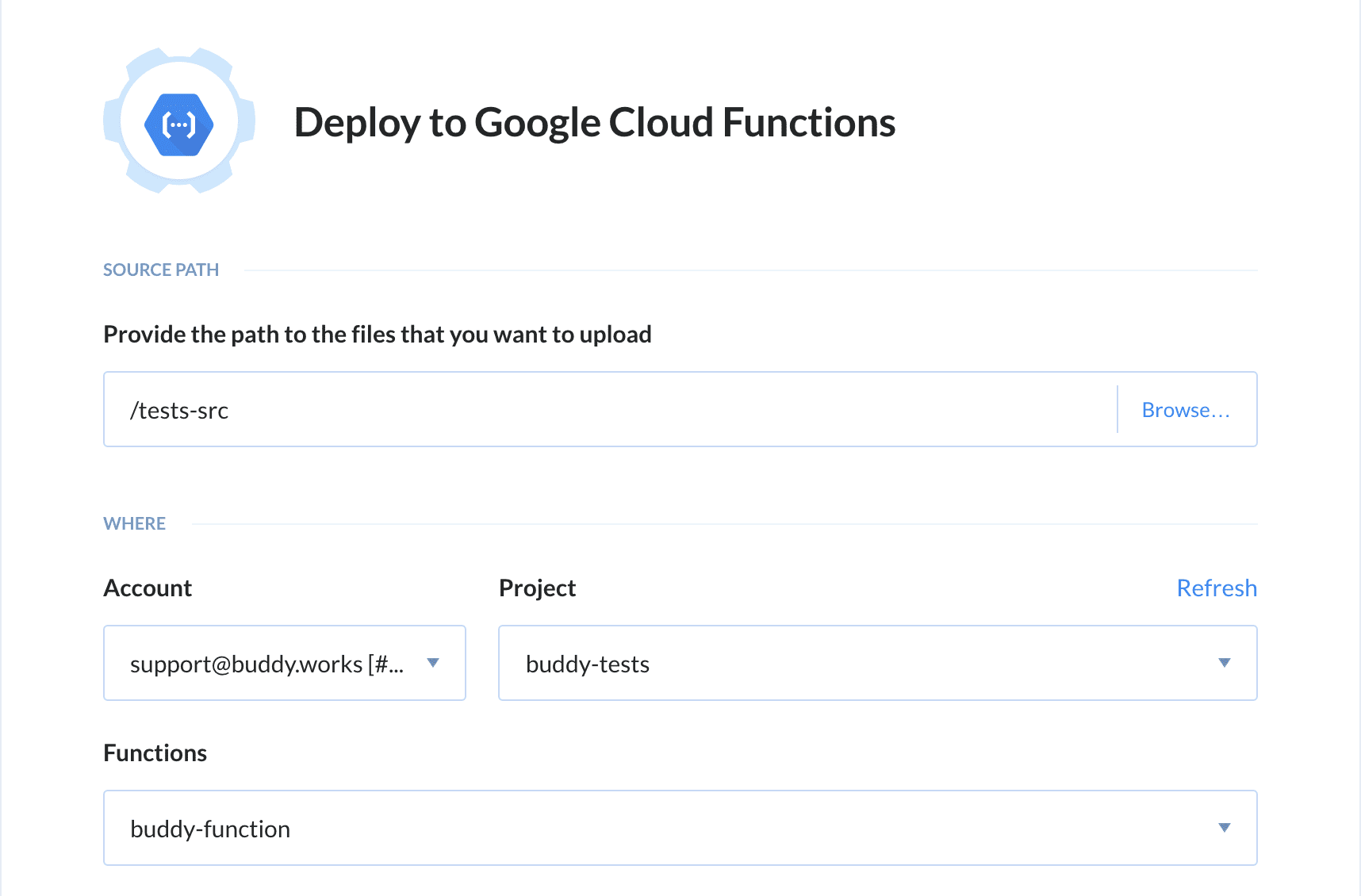 The second action lets you trigger functions in the selected GCP project on every pipeline execution: 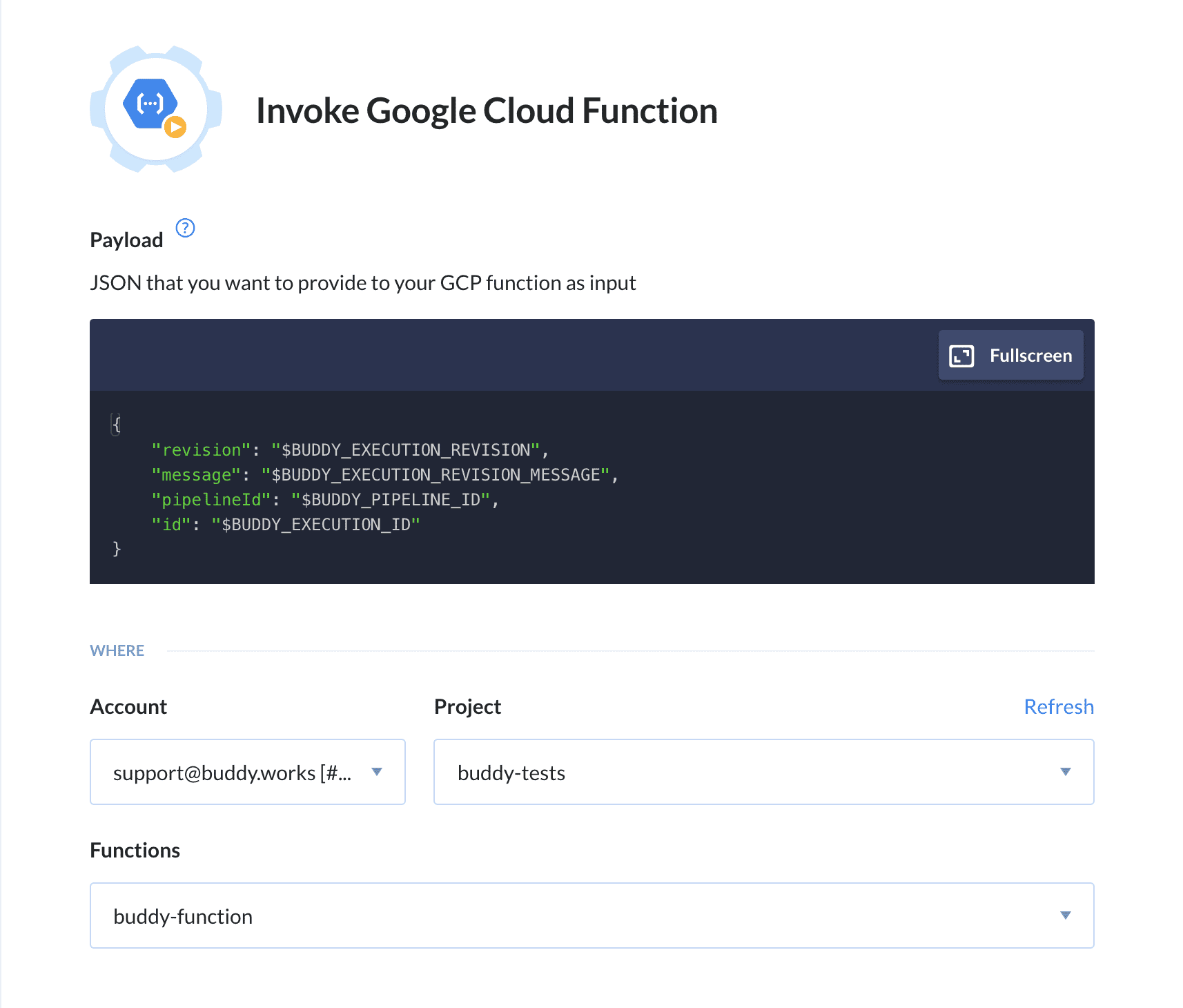