Ever since Buddy was conceived we wanted to deliver a service that could be installed on-premises: there are many companies who cannot use a cloud solution and would rather keep stuff in-house, usually because of regulations regarding code storage.

That's how Buddy GO was born, a fully-functional, Docker based version of Buddy with exactly the same (and a few extra) features as the cloud version and a dedicated support for GitHub Enterprise and GitLab self-hosted. If you're a Buddy GO user, here's a couple of things you might want to know.

After one year of testing, we have decided to shut down the beta of Sandboxes. Using the feedback that we gathered, we are currently working on a new and improved version of the test environment feature. Make sure to follow us on Twitter for news and updates on the release date.

We're currently working on Sandboxes that will allow you to run apps without the need of setting up a server. Since we announced the Beta two weeks ago, we have received numerous requests about its availability on Buddy standalone.

We do confirm that Sandboxes will be available on self-hosted, just like every other feature of the cloud version.

At the same time, we'd like to invite all standalone users to a private beta. If you're interested, drop an email to sandboxes@buddy.works with "standalone" in the subject. When the beta rolls out, we will activate the feature on your machine.

As cool as Buddy GO might sound, we needed a more universal name that will be immediately ring a bell for new users about the nature of the tool. We've decided to go for Enterprise, an industry standard when it comes to naming on-premises software installations. The change is purely cosmetical and doesn't require any action from your side. 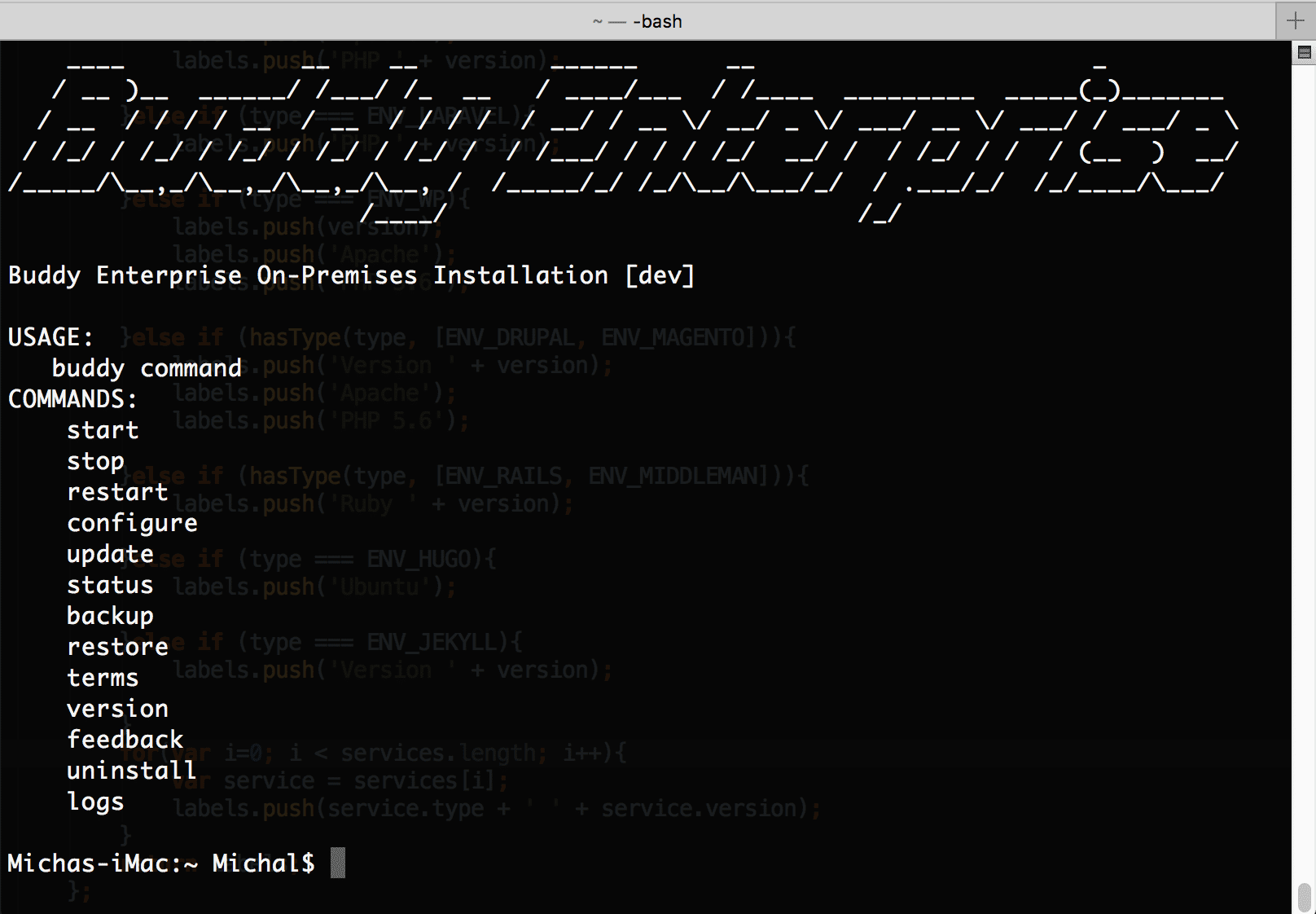