Atomic deployments are the first in the series of pipeline templates that we introduced to Buddy.

In short, they allow you to update your website with zero downtime by uploading the files a cache directory on the server and switching the symlink of the web server to the new version when everything's finished.

Recently we've modified the template by adding a feature that lets you define how many website versions you want to keep on the server.

This setting is useful to prevent the disk from getting full. By default the number of cached versions in 10. To change it, expand More Options at the bottom of the template details: 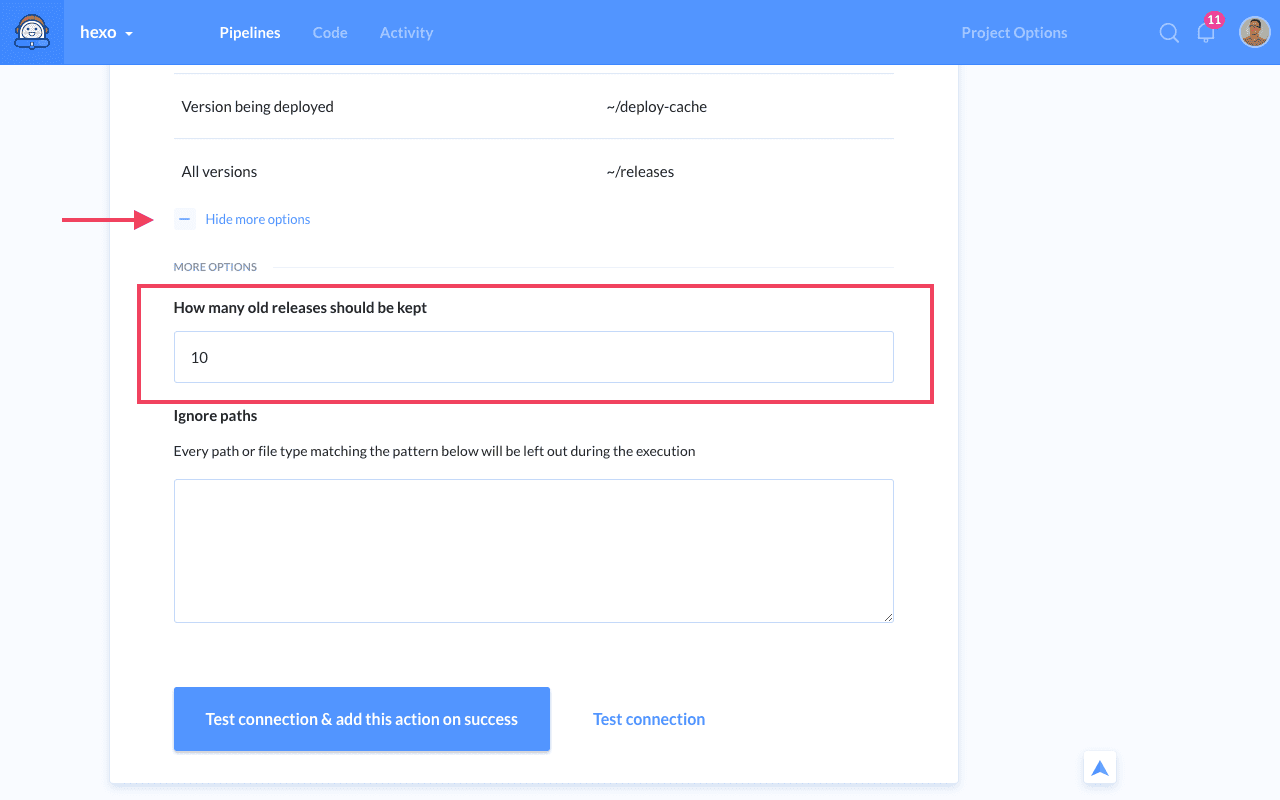 INFO: If you'd like to read about Atomic Deployments in detail, check out our feature here.

The template requires SFTP installed on the server and consists of two actions: SFTP and SSH. It creates a couple of directories on the server to which the files are uploaded and stored:

WARNING: Buddy only deploys files resulting from the changeset between the current and uploaded revision to the /deploy-cache folder. There's no need to clear the cache on every deployment.