We're thrilled to announce that atomic deployments are now available in Buddy!

What are atomic deployments

The aim of atomic deployments is to eliminate the maintenance window so that your app is always available to the user. Derived from the database lingo, the concept of atomicity means a deployment that has either been executed completely or not executed at all, leaving no trace to the working code on the server. This means that your live website will only be updated once the deploy has finished successfully. 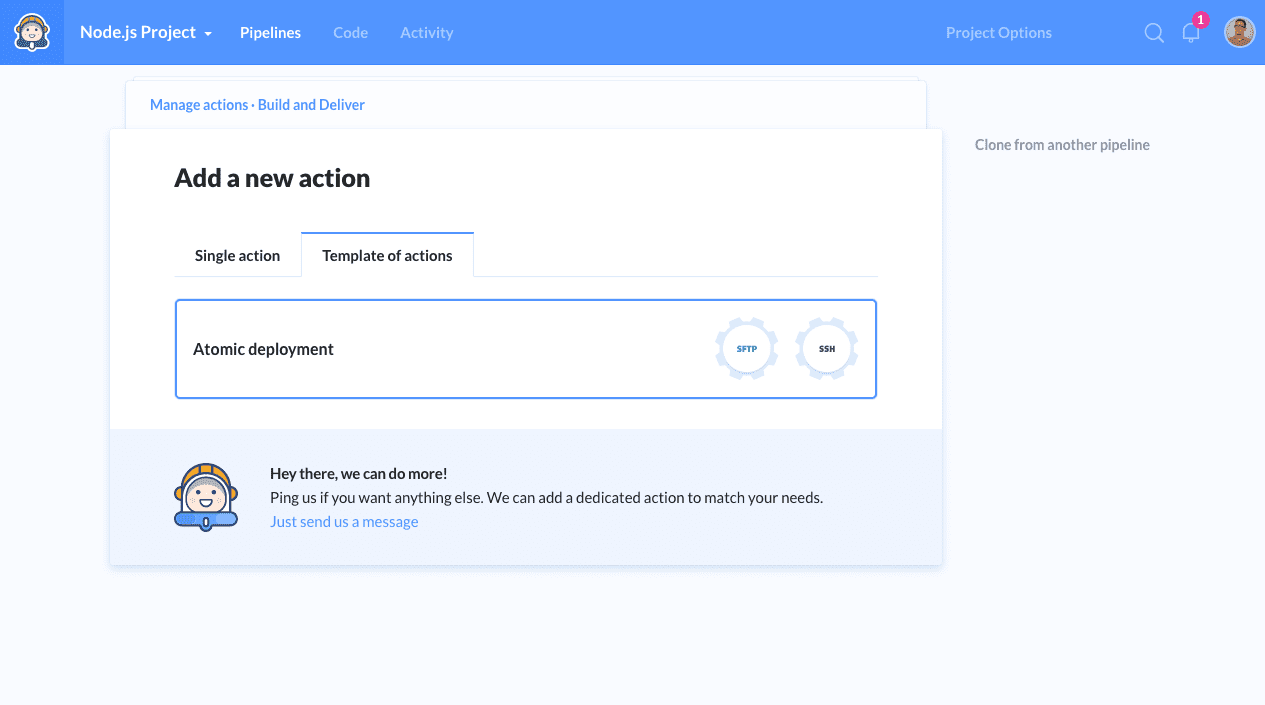 The whole process is handled entirely by two actions — SFTP and SSH — and involves creating a couple of directories on the server:

In short, when the deployment is triggered, Buddy will first deploy the files to the cache directory on the server, copy the files to a newly created release directory, and switch the symlink of the web server to the new version.

Contrary to other deployment services, Buddy makes it very easy to customize and expand the workflow by adding additional actions. For example, you can update your assets on Amazon S3 and send a message to your Slack channel when the deployment is complete: 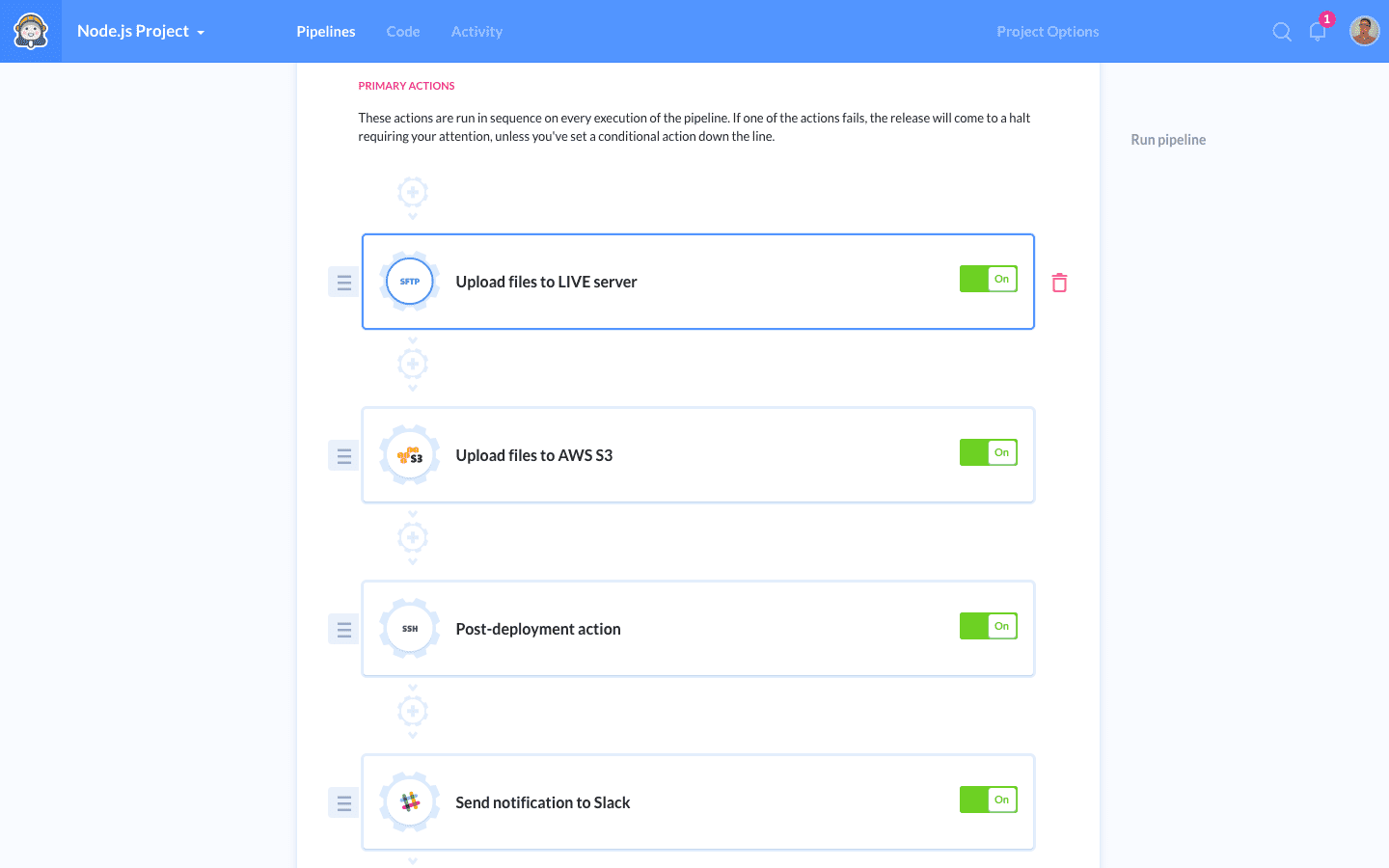 To roll-back changes to a previous version, just select the release in the Run window and Buddy will switch the symlink on the server: 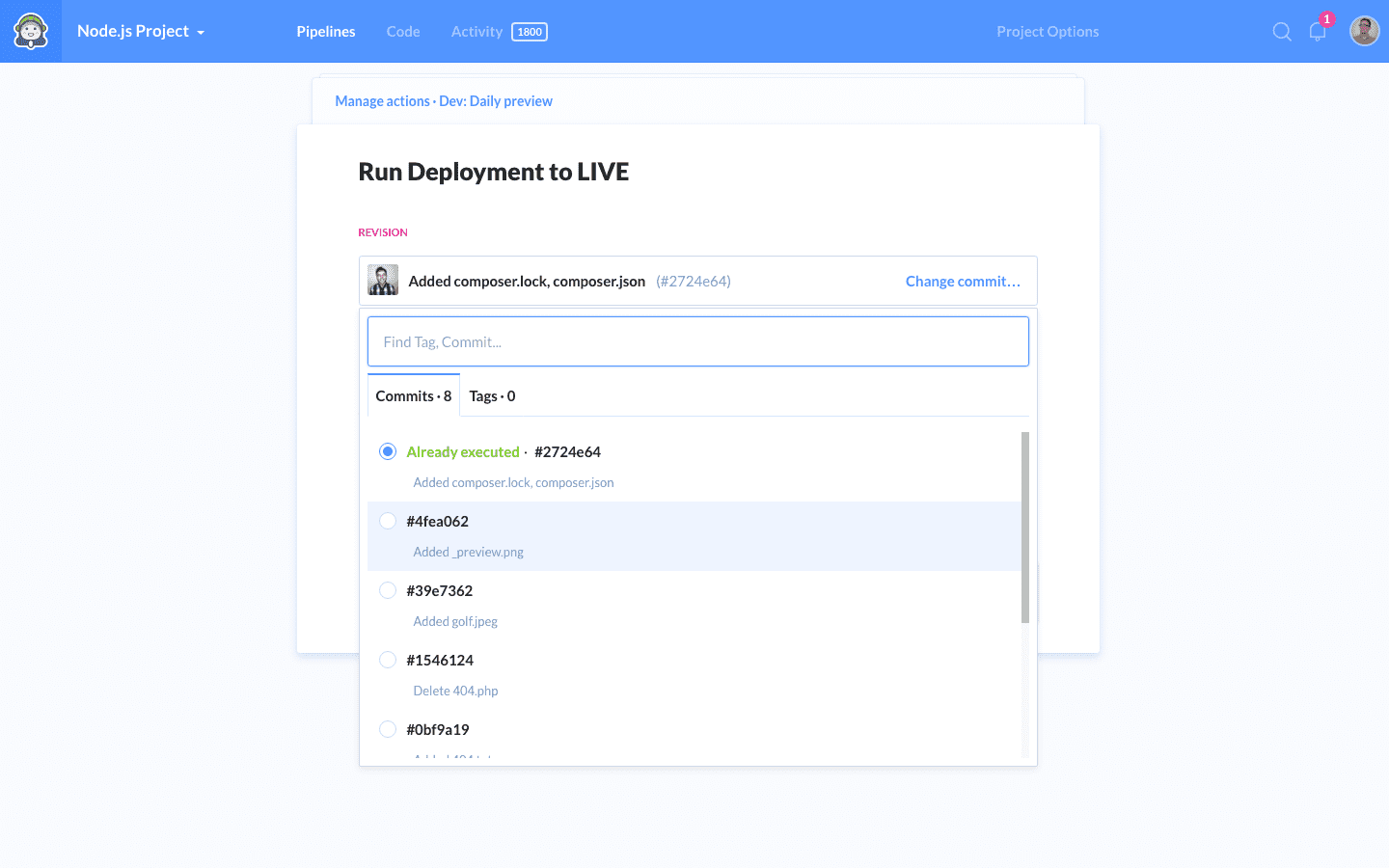 You can clear release and cache directories on the server at any time. In case you need to roll-back to a previous revision, Buddy will simply upload the files again.

Atomic deployments are the first in the upcoming template series. We're looking forward what kind of templates you'd like to see next — just leave a comment here or drop a line to support@buddy.works.