In response to user feedback, we've introduced a couple of improvements to the auto-retry mechanism in pipeline actions. Read below for a full breakdown of changes.

Auto-retry forces the action to run again on failure. The option is turned off by default and can be activated in the action settings: 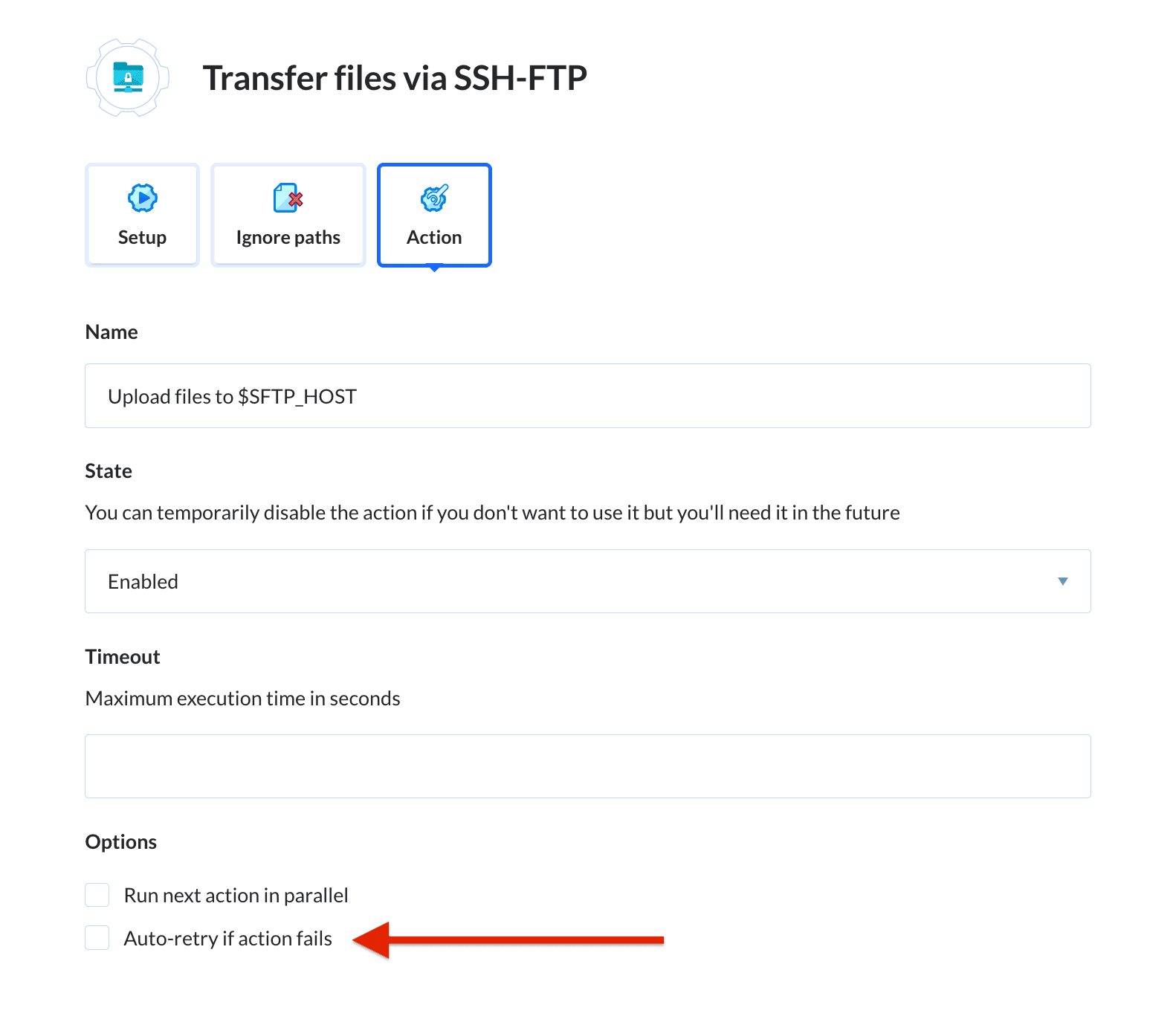 Auto-retry location in the action settings

This is how the option worked before:

This is how it works now: 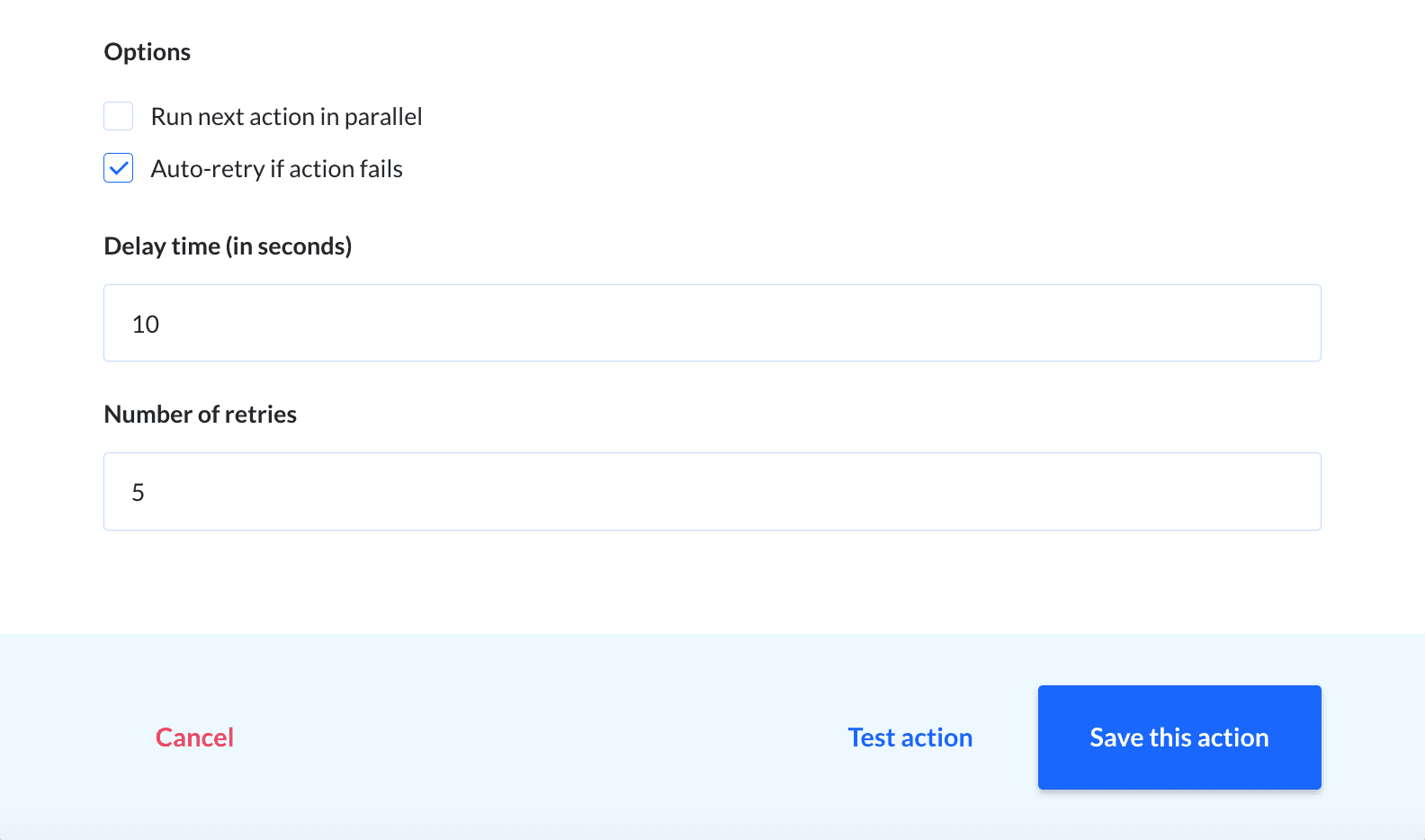