Testing is essential to keeping high quality of code. However, it can also prove very time-consuming if you run a large number of tests. To reduce testing time, we have introduced a new action that will let you split your tests in packages across several actions and run them in parallel.

How to split tests in your pipeline

Once your tests have passed, you can prepare a production build of your application and deploy it to several servers at once using parallel actions: 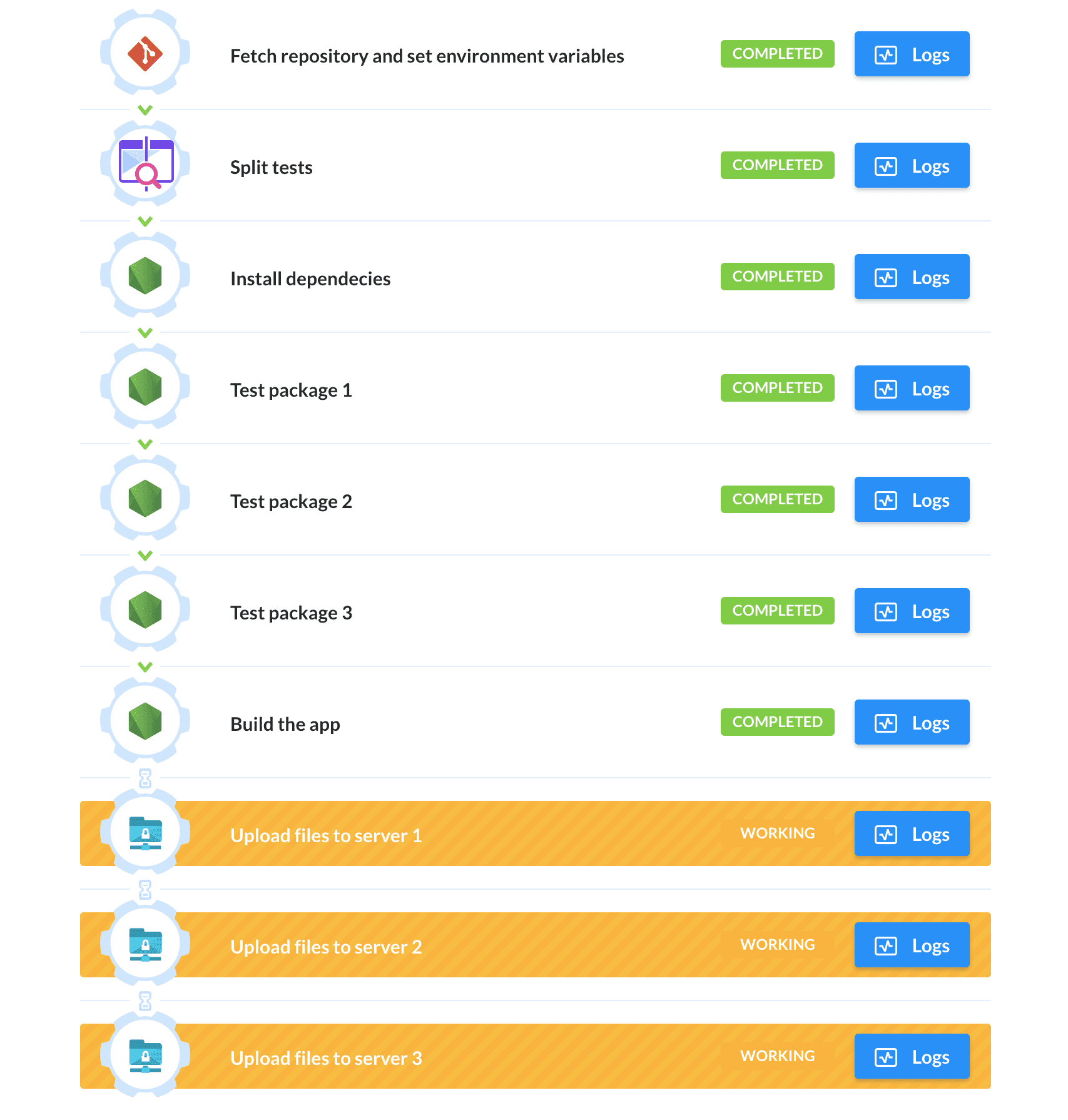