Two months ago we launched a closed beta of Sandboxes 2.0 – dynamically created staging environments allowing developers to serve their application from the chosen branch, tag, or pull request. The interest was overwhelming, forcing us to split the beta-testers into several parties and grant entry in stages.

In the past weeks, we received tons of feedback that we happily utilized to upgrade the feature and fix bugs. Now, it's time for a step up before we finally release Sandboxes 2.0 to the public.

If you're new to Buddy, this 5-minute video will explain to you the concept of Sandboxes, configuration, and possible appliance in the developer's workflow:

We're happy to announce that from Tuesday, November 20, 2020, Sandboxes v2.0 will be available for all paid workspaces! 🎉

If you're on a Premium plan, you'll notice the new Sandboxes 2.0 tab appear in the left column: 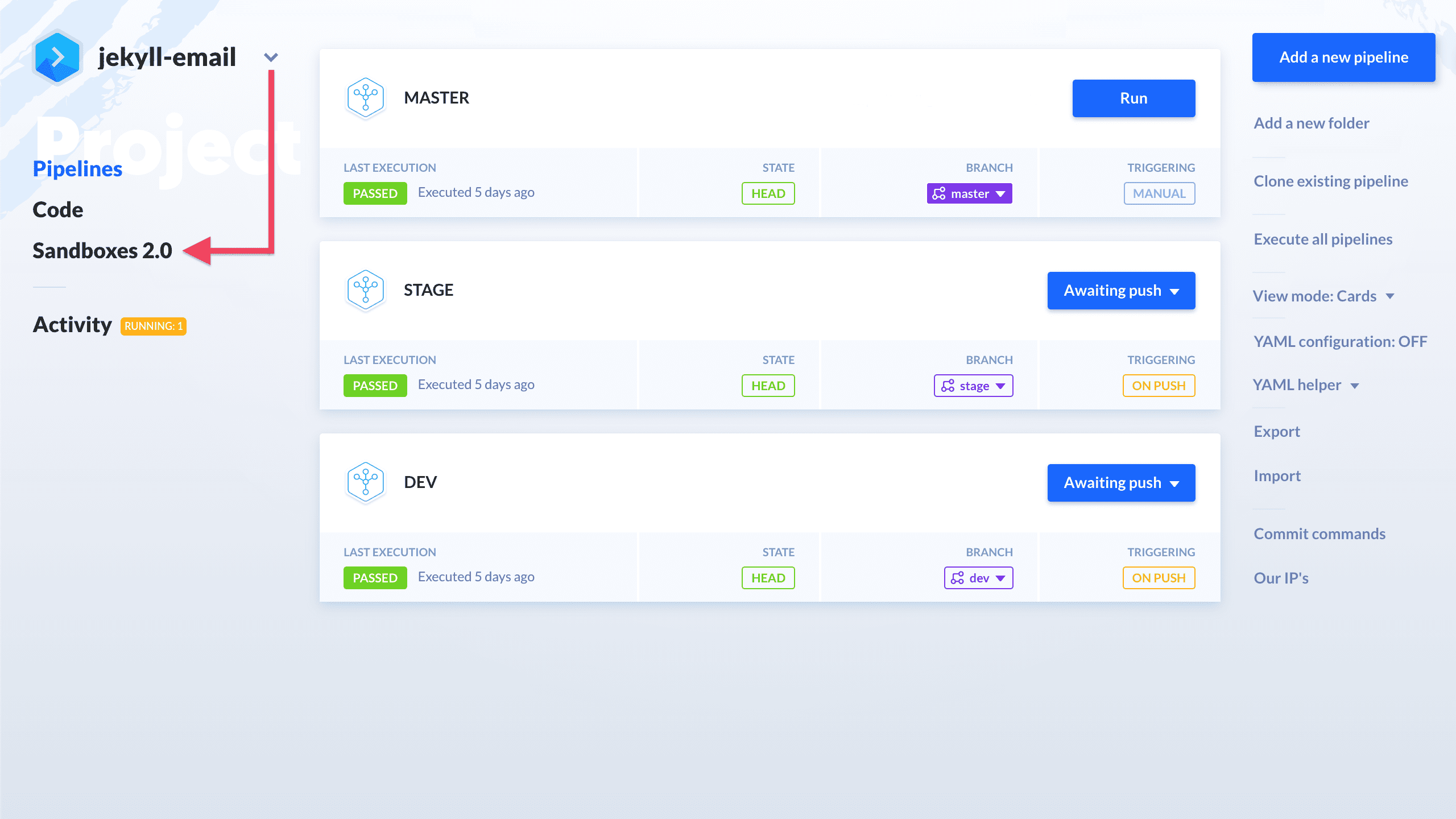 The feature will be free during the beta period only. Once it's officially released, it will be charged for separately.

The next stage will be opening the beta to all interested users. If everything goes well and, say, we don't get struck by a giant asteroid – which doesn't seem so improbable considering how 2020 has been going so far – we should do that in two weeks time. Stay tuned!

Now that the feature has been released to a much bigger number of users, we're even more excited about your feedback and suggestions, especially those based on real-life use cases. Don't be afraid to share – either on live-chat, or directly at support@buddy.works.