For your convenience, the popular command is now available as a separate action.

Invented by Phil Katz in the 80's, Zip has been an inseparable part of IT for almost 30 years, with even your mom zipping those family photos to reduce the size of the attachment before sending them over Gmail.

Here's an example pipeline using the action to archive an application before deploying it to the server: 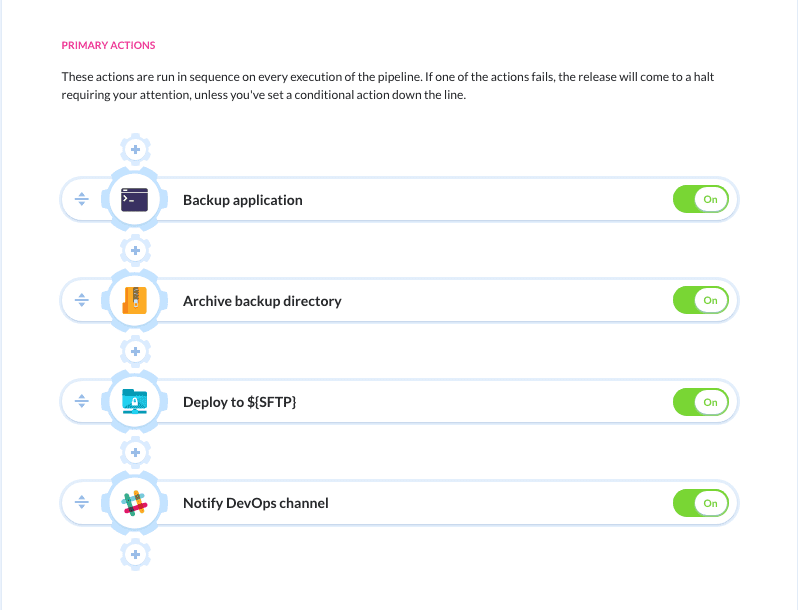 The main advantage of the action over manually entering the command is that it's easier to provide ignore paths in builds: 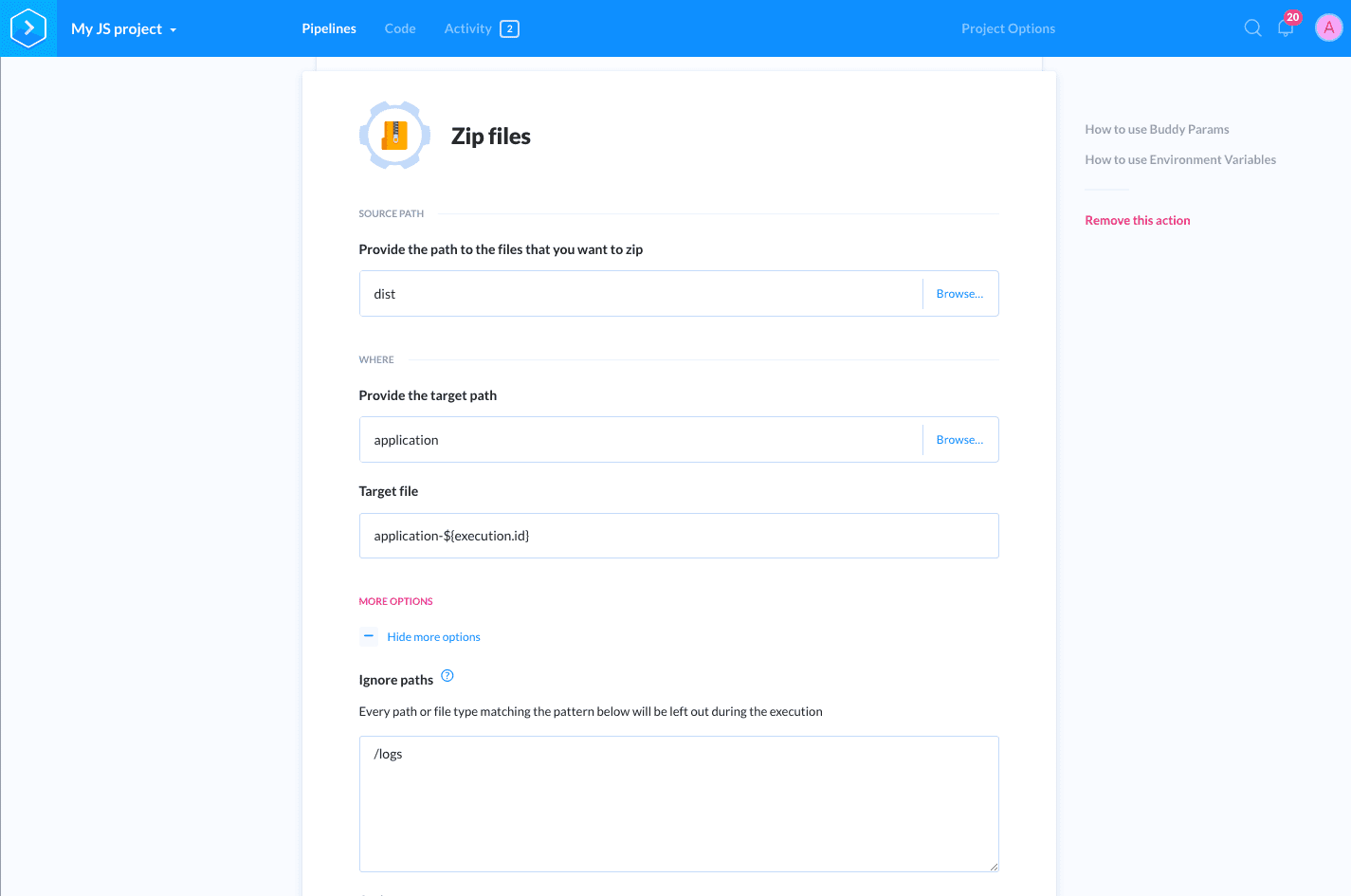 The Zip action is available from the DevOps section on the action list: 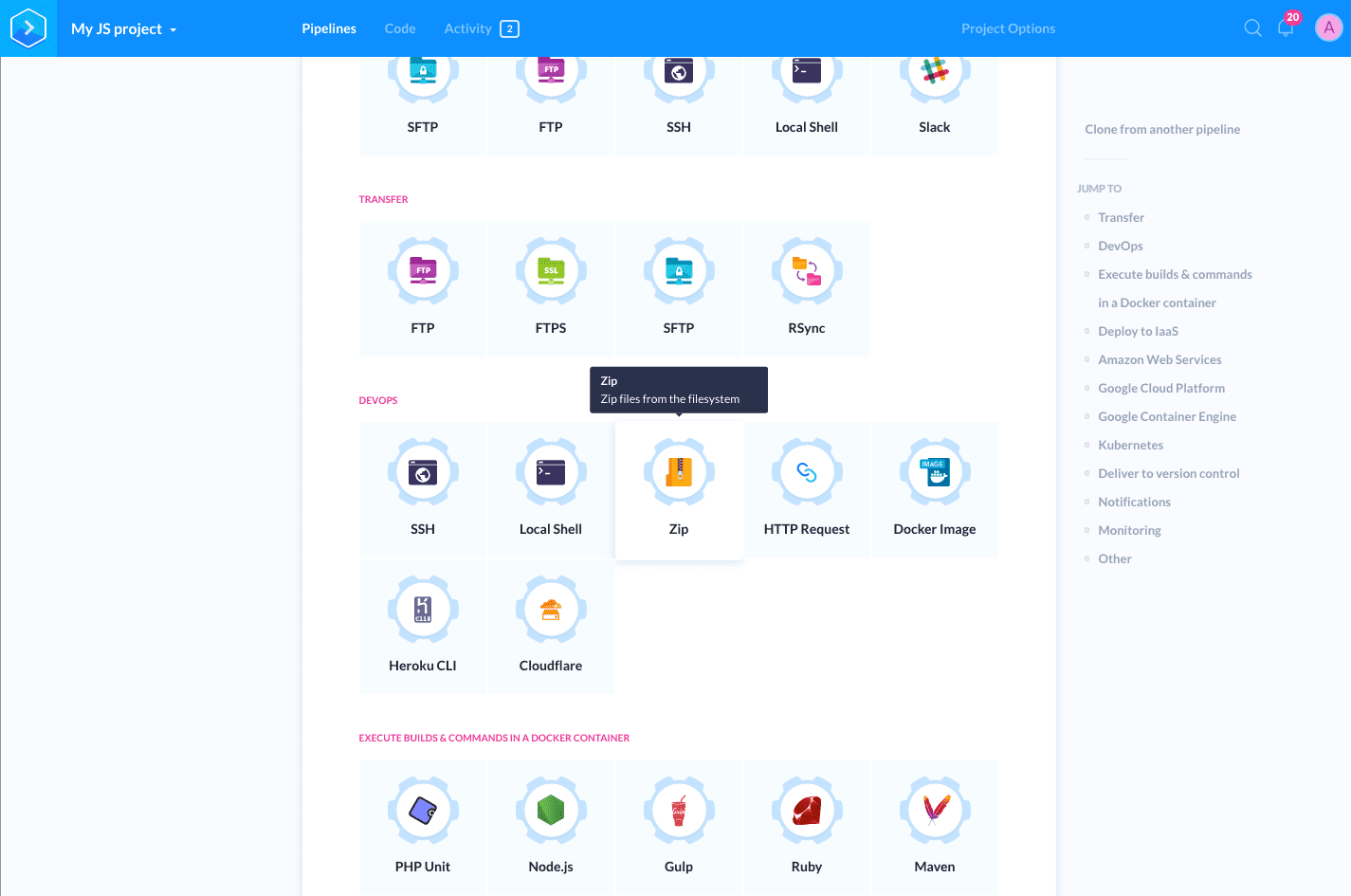