Buddy lets you run delivery pipelines in various modes: manually on click, recurrently on interval, or automatically on push to repository. However, sometimes you may want to run a pipeline but skip certain actions—for example, when the commited changes don't require to be compiled by the build.

This is why we've added the Trigger condition to build actions. From now on, you can select one of the following options:

Let's imagine you have a repository with Gulp tasks (eg. compile Sass) with a pipeline attached that runs gulp and deploys the files to SFTP: 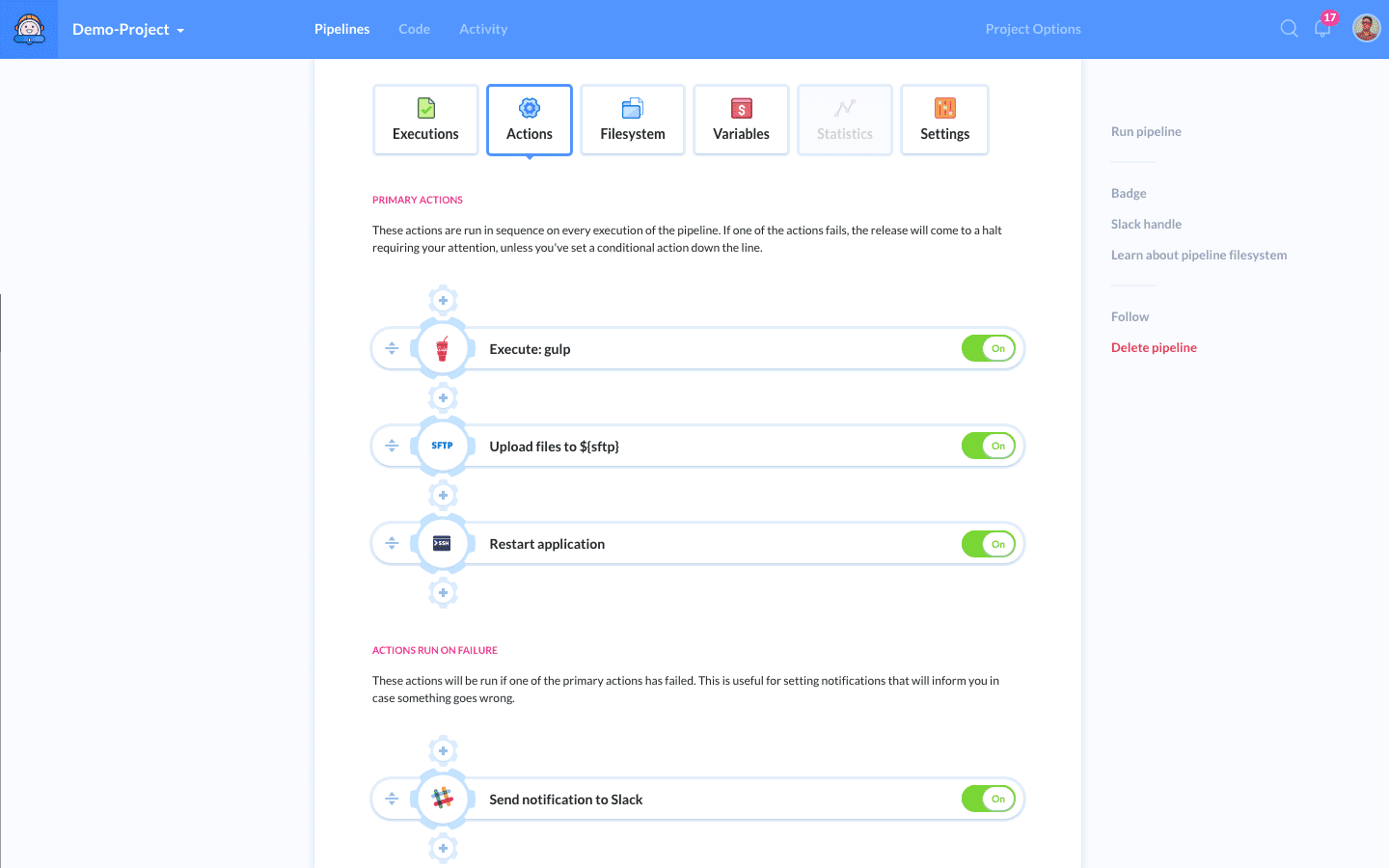 The thing is you don't need to run gulp tasks every time if there were no changes to the Sass files. Let's add a trigger mode that will activate the action only if changes to assets have been detected:

From now on, Buddy will skip the action and label it as 'Completed' if no changes to the selected folder were applied. The rest of actions will be executed as normally: 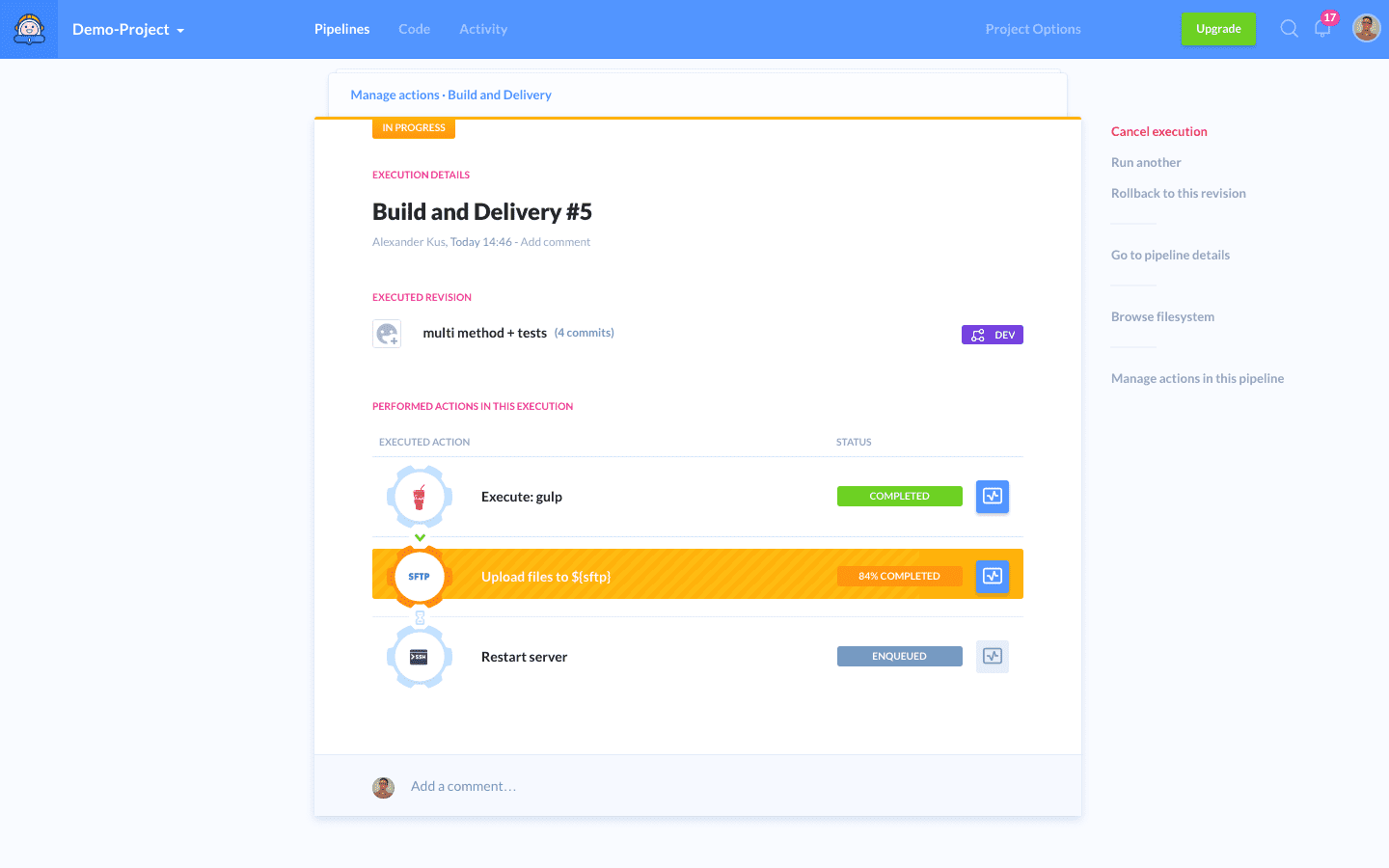 TIP: You can learn more about optimizing your deployment practices in this guide.

How to set up Continuous Delivery for Node.js