We're excited to announce it is now possible to run commands with kubectl in your K8s clusters.

Our Kubernetes integration was met with massive interest from Docker enthusiasts. However, no two workflows are the same and it soon appeared the existing set of K8s actions was insufficient for some developers who demanded more power and flexibility.

To solve this issue, we have added a dedicated Kubernetes CLI action: 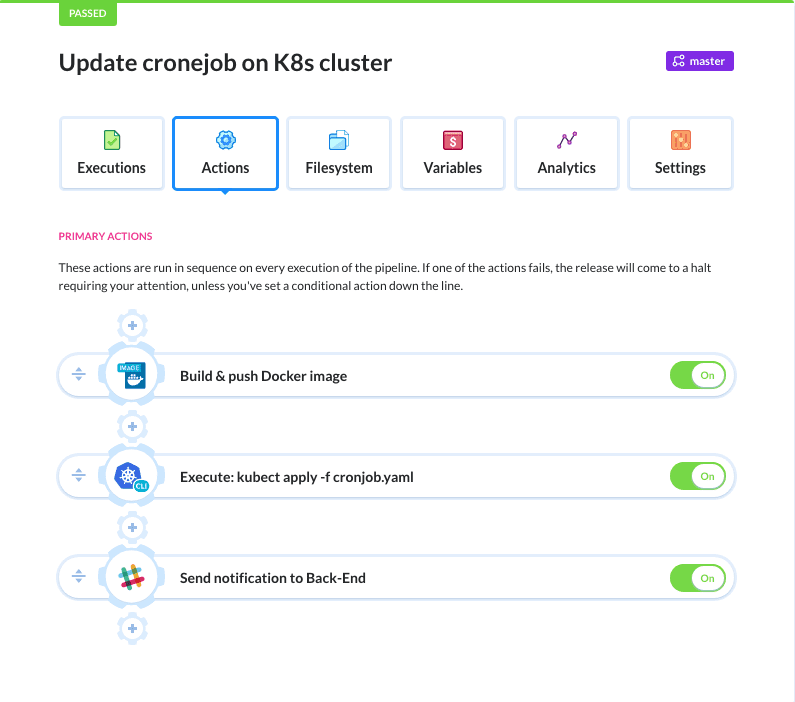 Authorization is performed exactly the same way as in other K8s actions (username/pass, token, SSL certificate). Once configured, you can enter any kubectl commands in the field below: 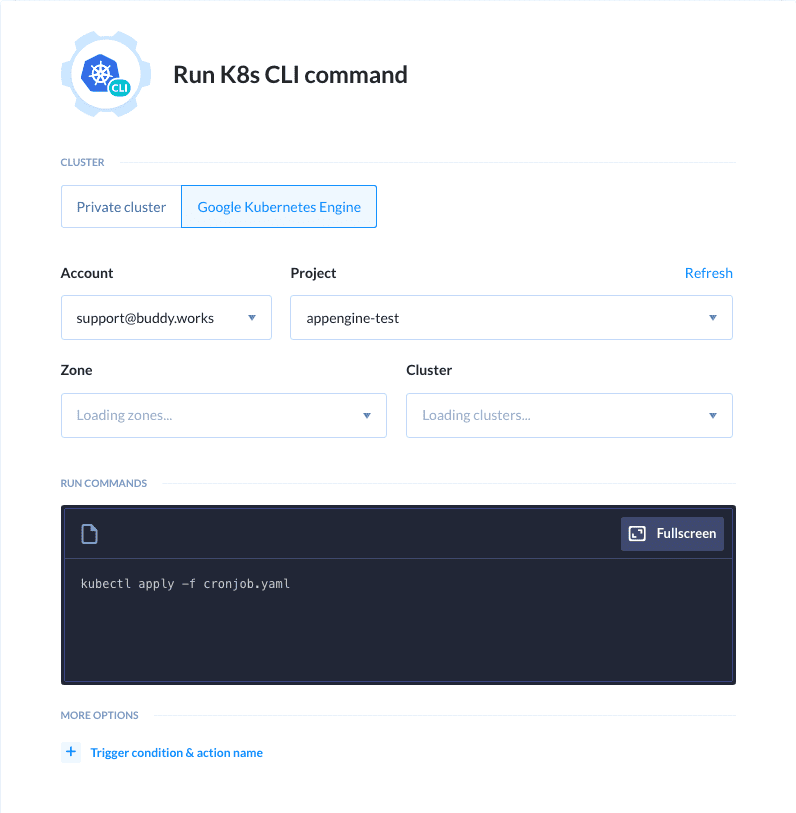 Coming next to K8s:

WARNING: Buddy is 100% customer driven. If there's a feature or integration you miss, let us know on the livechat or directly at support@buddy.works.