Heroku is a PaaS that enables developers to operate applications directly in the cloud. The Apps are run in fully managed runtime environments, with the infrastructure — configuration, orchestration, load balancing, security, etc. — handled entirely by the platform.

Buddy lets developers automate deployments to Heroku with a dedicated file transfer action. For example, you can configure a pipeline that will:

On top of that Buddy allows you to you execute heroku run with one-off dynos. This way you can automate tasks like database migrations.

For many of you, however, heroku run was not enough to fully reproduce your tasks with Buddy. This is why we decided to add the Heroku CLI action: now you can execute any method from the Heroku API. The action launches a Docker container with Heroku CLI installed. Once launched, Buddy logs in to your Heroku account and executes the provided commands. The full description of the CLI is available here. 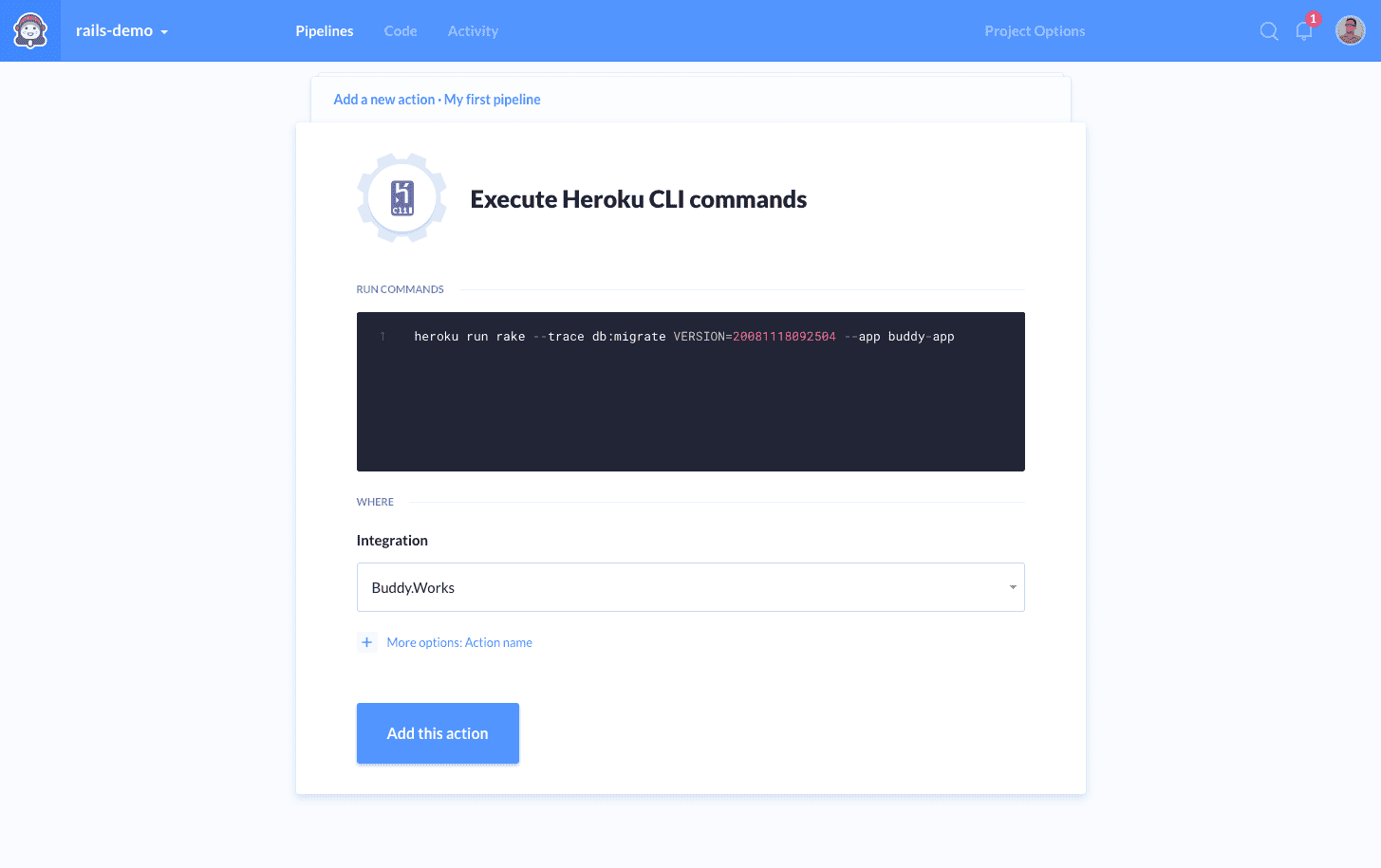 Since Heroku CLI provides many more possibilities, we have decided the one-off dyno action will be removed by the end of February, 2017. Those of you who've been actively using the action will soon be informed how to upgrade to the Heroku CLI action.

How to use private packages in npm and Composer