Docker flows through the veins of Buddy. It is the fuel that makes our builds run so smooth and simple:

By default, Docker containers are run with the user defined in the image. However, some of you were requesting an option to change the user – and this is what we are delivering this week.

To run build commands as a different user than the one defined as default in the Docker image, switch to the Environment tab and enter name in the User input.

NOTE: This setting is fully optional. Leaving the field blank will run the commands as the default user. 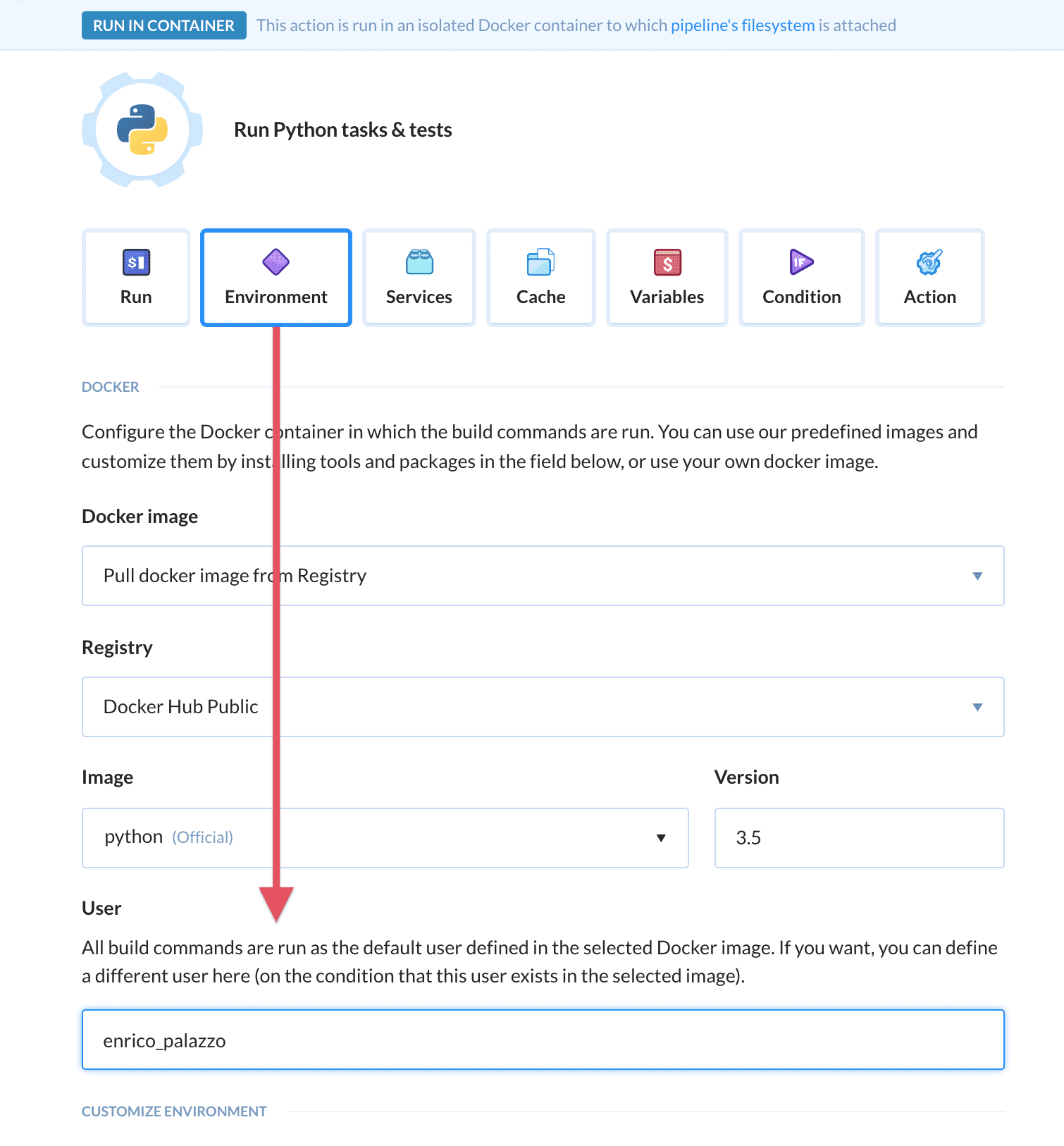 Once the new user has been defined, the container is run with ROOT privileges. Next, we change the permissisons of the files mounted in the pipeline's filesystem, so that the user is allowed to modify them. The last step is running the build commands with the new user.

Buddy is 100% customer driven. If there’s a feature or integration you miss, let us know on the live chat or directly at support@buddy.works.