In addition to 100+ ready-to-use actions, Buddy supports scripts that you can run either as a part of the build, or directly on the server. For example, once the deployment has finished, you can connect to the server, migrate databases and restart the application: 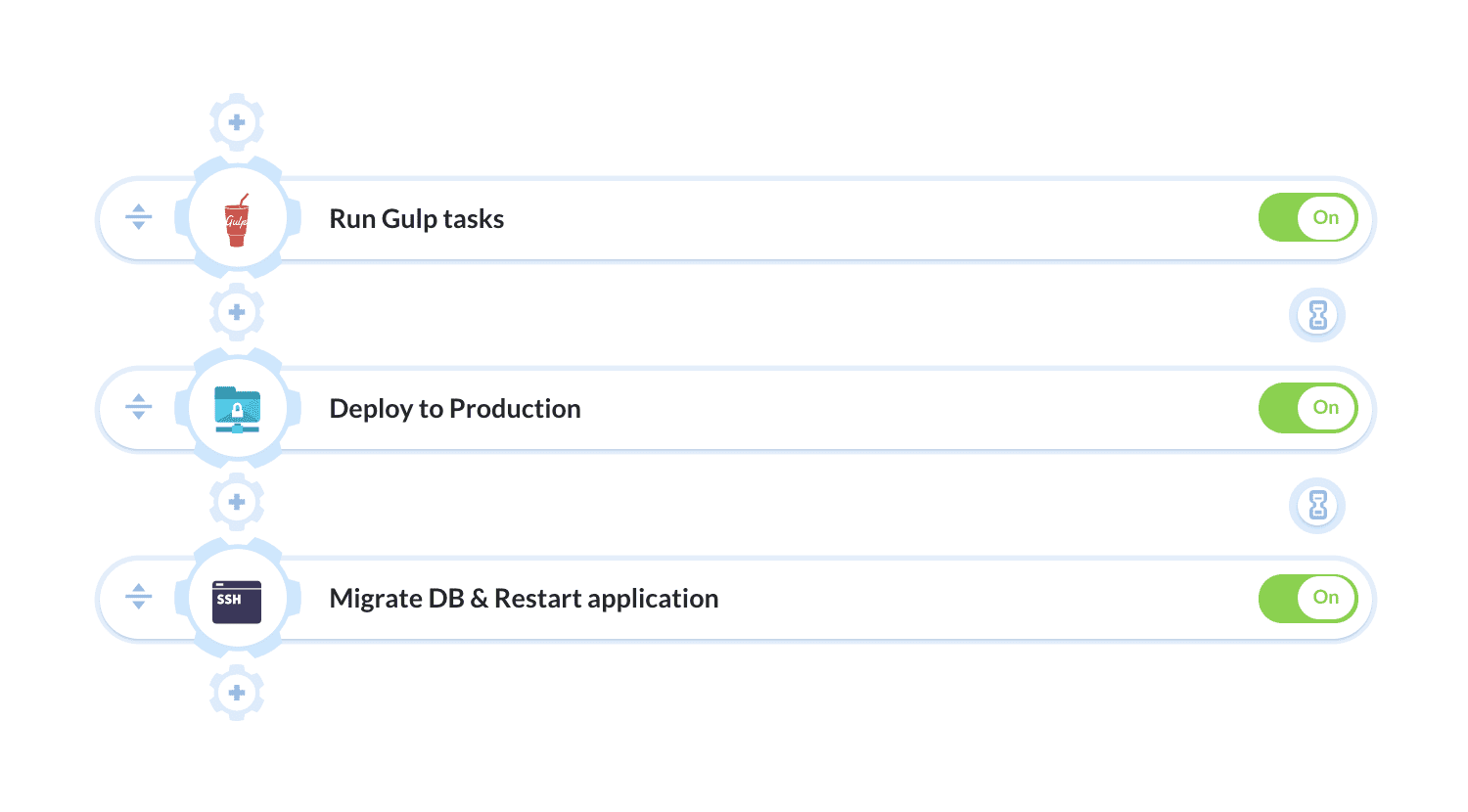 The SSH action is used to run scripts on any type of Linux server before, during, or after the deployment. In addition to the example above, popular use cases include pulling changes from a Git repository, performing backups, and running PHP Composer on the server.

You can define multiple lines of commands that altogether will be run as a single script. Configuration is similar to the SFTP action and requires providing server details, authorization data, and the commands to run: 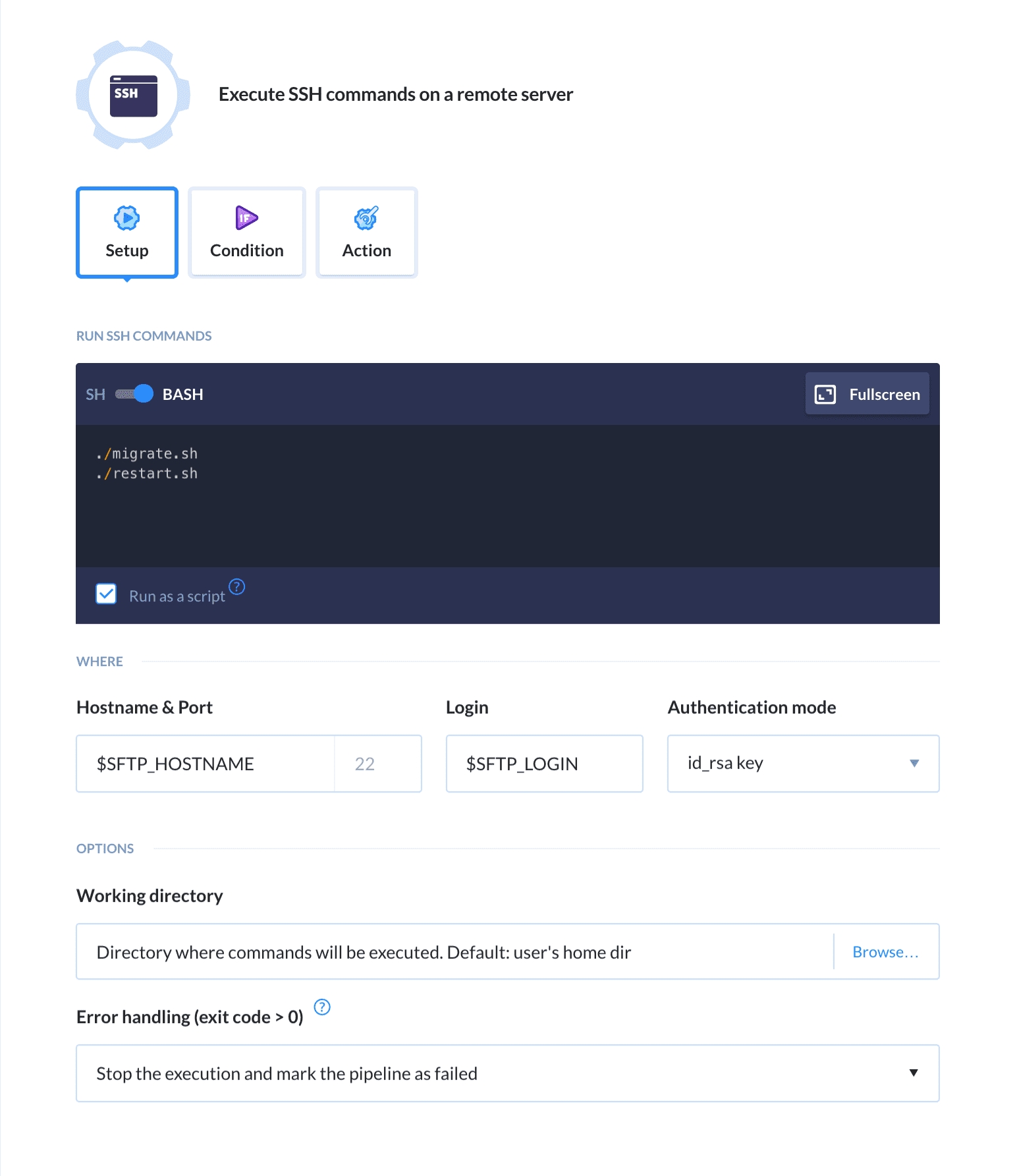 The action requires Base64 on the server. If you don't have Base64 installed, you can turn off the option Run as script at the bottom of the command box. In this case, each line will be executed in a separate session.

This is the default running mode. You can choose between SH or BASH specific syntax, and use Buddy variables and parameters in the commands and URL's.

If you switch the mode off, the commands will be executed in non-interactive mode. This means that:

If the script that you want to run is located in the repository, you need to upload it to the server first. Just select the deployment action for your type of server, and execute it over SSH:

You can also run scripts before the deployment directly on Buddy's servers using build actions: compile assets, download dependencies, run tests, and so on. All build actions in Buddy come with pre-configured commands depending on the framework and environment. You can add however many commands you need to create complex scripts: 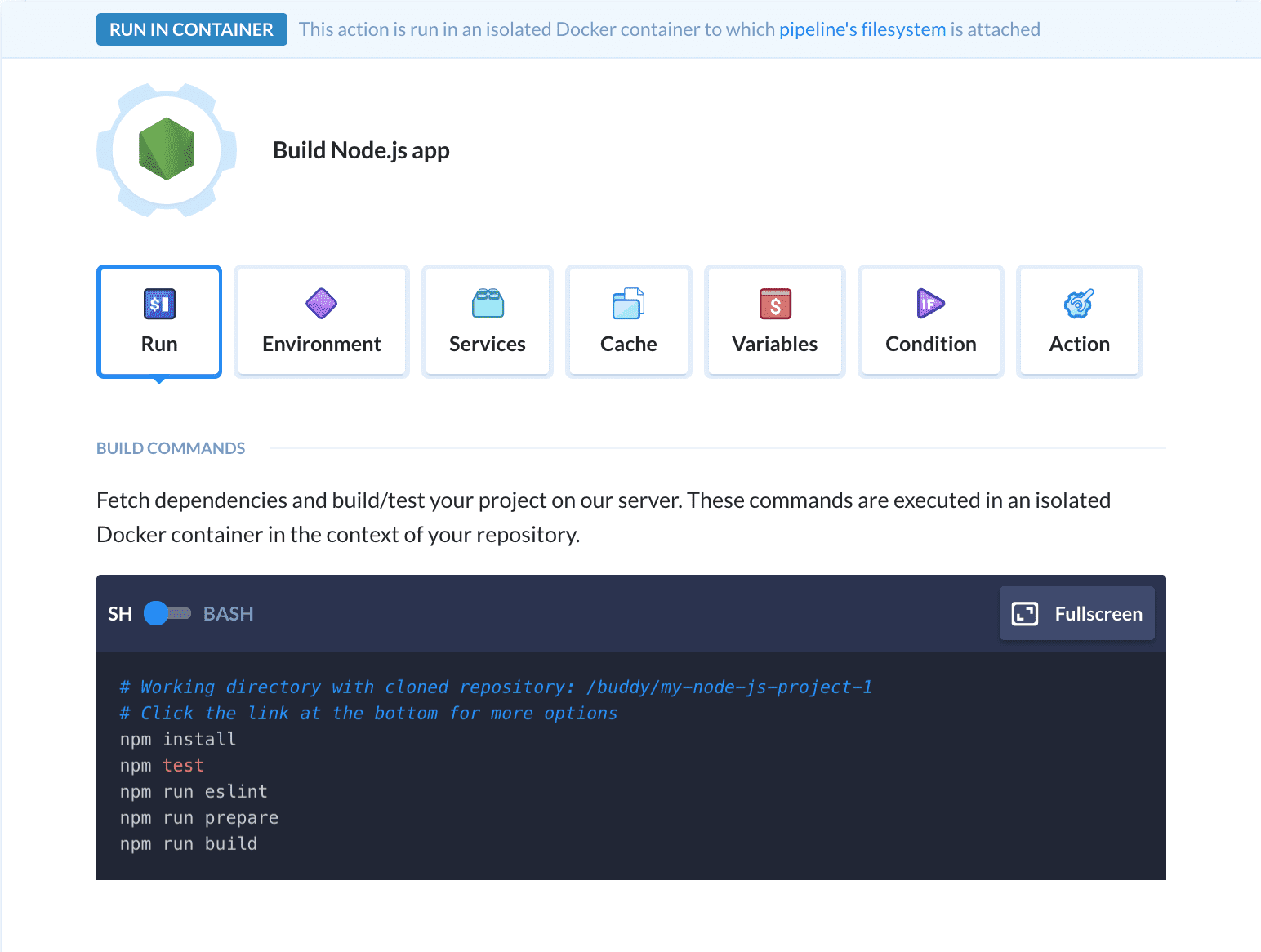 Buddy populates a number of environment variables during each execution, for example the branch from which you deploy and the ID of the execution. Here is the list of populated variables:

Best practices on CI/CD and fresh changelogs delivered weekly to your inbox.

Buddy is the most effective way to build better apps faster.
Sign up with...