No development circle is complete without mobile support, and no mobile is complete without devices marked with the half-bitten Californian apple. Obligatory metaphorical introduction aside, we can now say it loud: the iOS builds, previously limited to a number of beta testers and early adopters, are now officially available to all Buddy users.

What is Buddy all about

For those of you who got here after a recommendation from a friend, Stack Overflow, or uncle Google, here's a word of what Buddy actually is and how it helps developers in their quest for a perfect piece of software. If you're a Buddy aficionado, follow to the next paragraph.

In short, Buddy is a platform that lets developers build, test, and release software in an easy and reliable way. It is based on the principles of Continuous Integration, which means that every change to code is automatically tested for errors and prepared for deployment. The deployment is also automated, which eliminates the risk of human error and significantly shortens the operation time. This way, you can collect the client's feedback faster and introduce changes without the risk of wasting months of work. 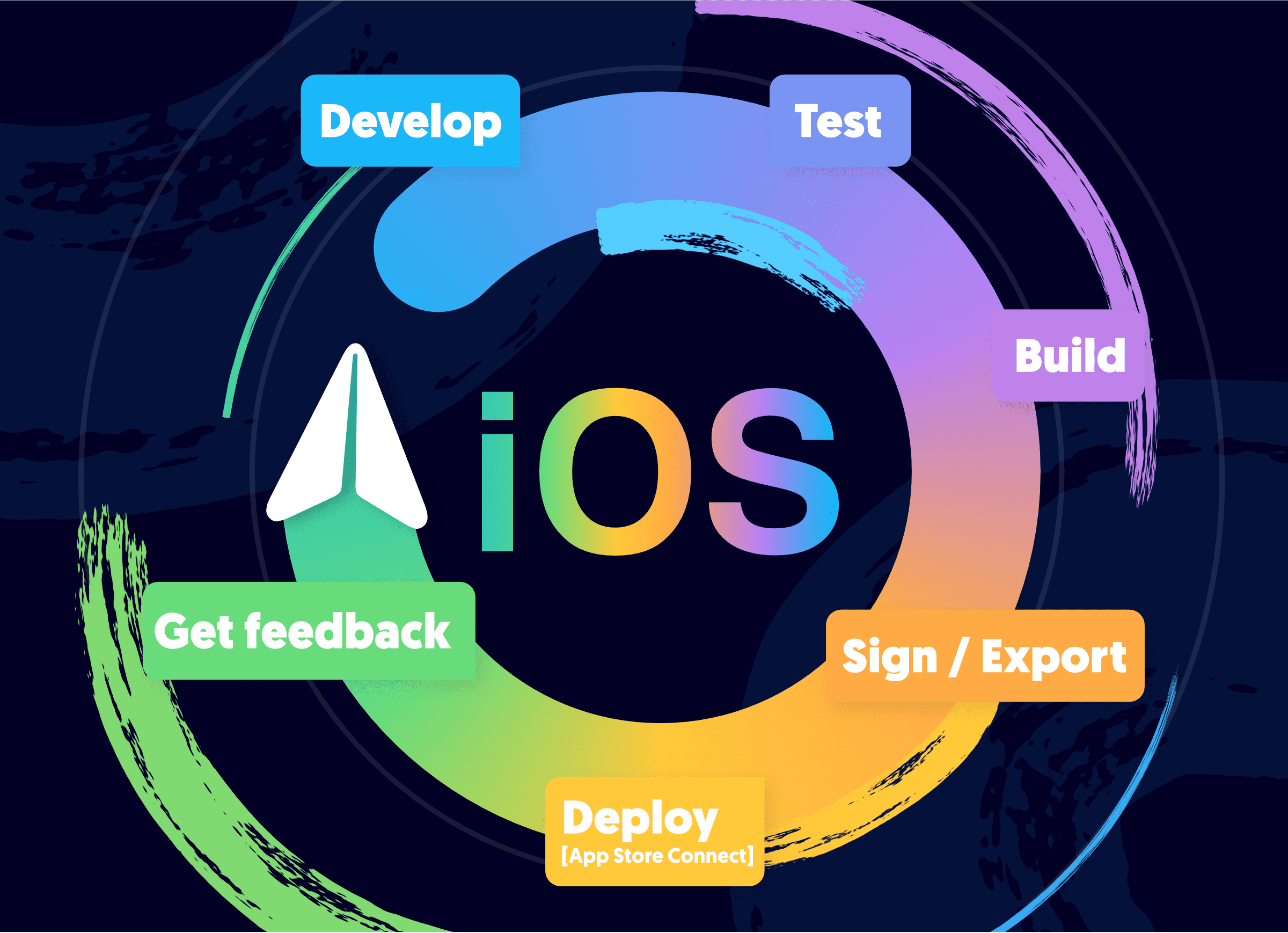 However, contrary to more "traditional" tools, Buddy takes a different approach towards automation: instead of forcing the user to manually script the whole delivery process and use the tool strictly as a build server, the process is fully visualized and wrapped in pre-configured actions (builds, deployments, notifications, etc.). This way even entry-level developers can benefit from the blessings of automation. And boy oh boy, are they abundant.

The new iOS actions let you build software on dedicated macOS machines using Xcode and popular frameworks such as React, Flutter, and Cordova, manage dependencies with Carthage and CocoaPods, and release the build to the App Store. Provisioning and code sign is done automatically by Buddy with information provided by the user. Once configured, you just make a push to the repository and watch Buddy do the dirty work, top to bottom: 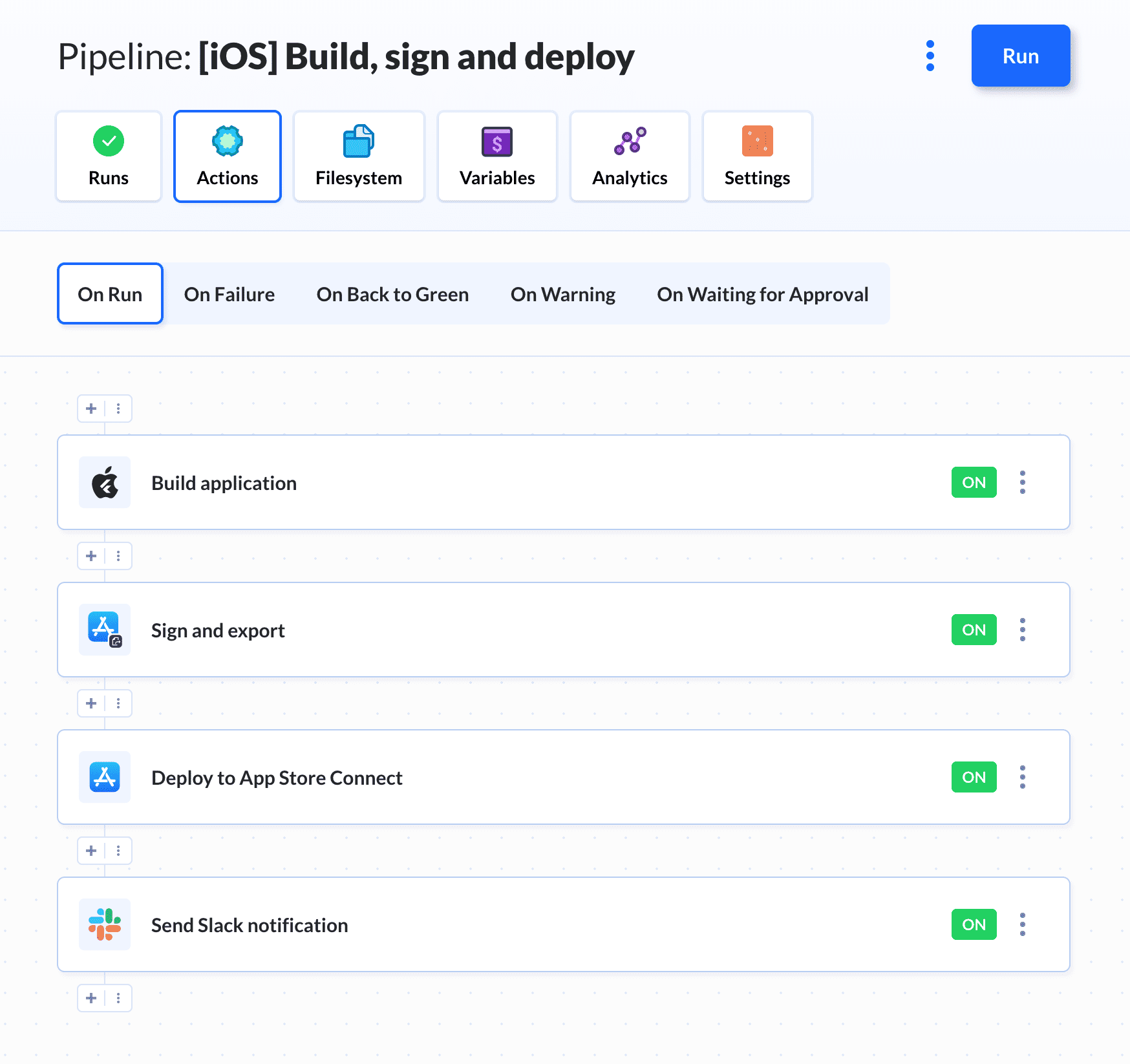 When the pipeline is run, Buddy clones the contents of the repository to the filesystem, uploads the files to the Mac VM, and runs the commands defined by the user. The generated package is then downloaded back to the filesystem: 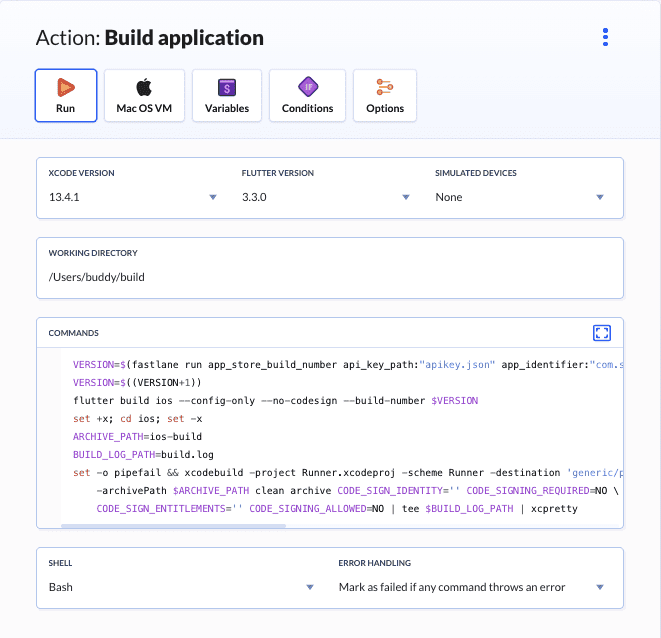 The next step is signing the generated package and exporting the .ipa file. Here you select the distribution method (Ad hoc, Development, App Store, Enterprise) and load the distribution certificate and provisioning profile: 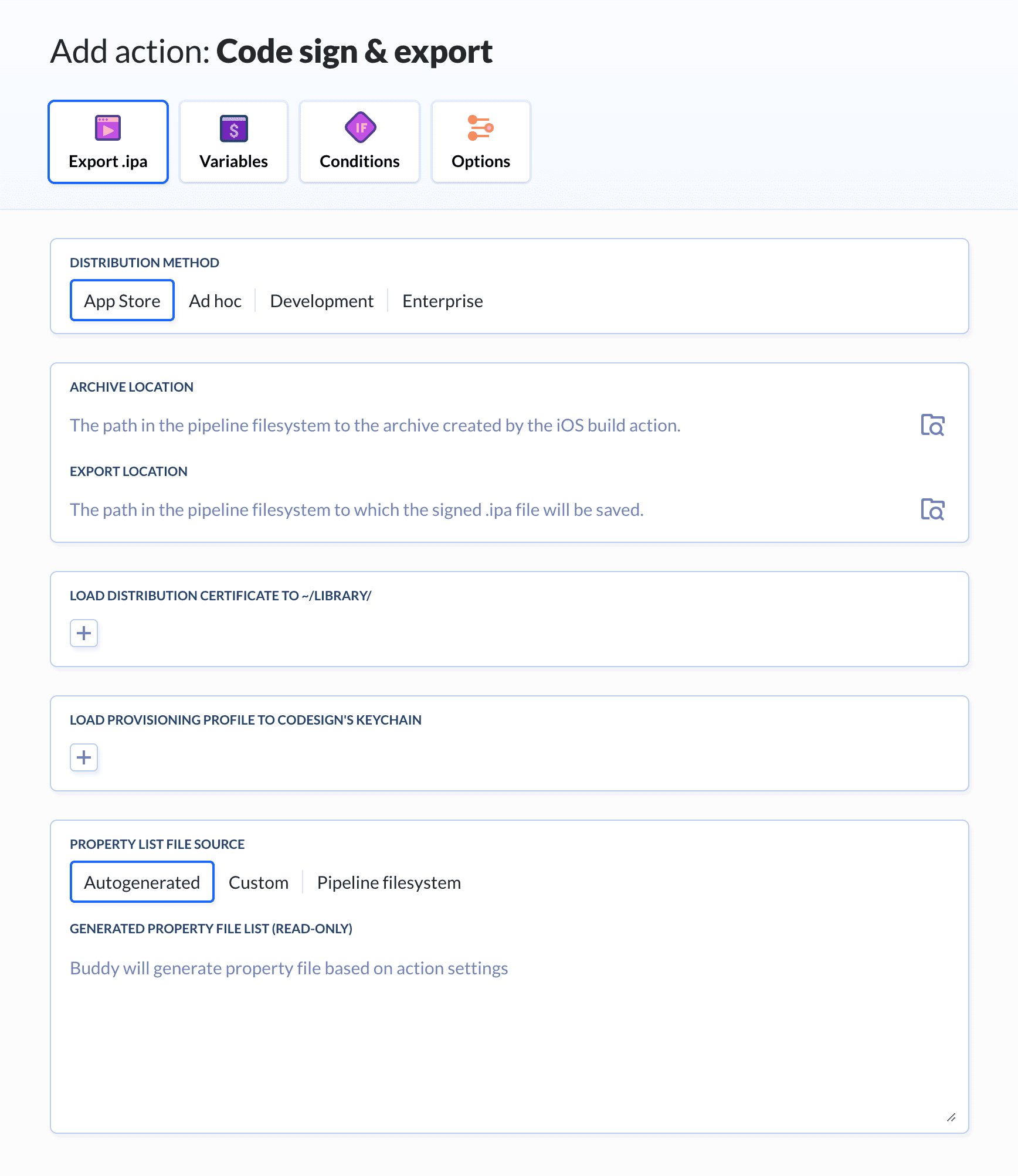 The signed package can be to released to App Store Connect using the dedicated deployment action. The integration with the Store is performed over the API, or using your Apple ID. 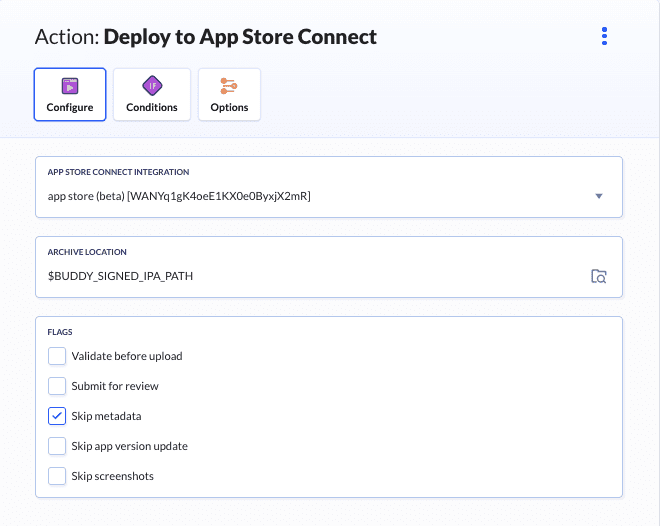 We're excited to see you put the new actions to practice – how they fit in your existing workflow, and how Buddy proves on the grounds of the silicon orchard. The frameworks and toolkits you are going to use. The apps you are going to build. Every business runs their workflow differently, and for us learning the ways of the developers is an invaluable source of inspiration. Who knows, maybe you'll even want to share what you achieved?

As always, we're looking forward to hearing what we can improve, what features we should add, and what bugs we overlooked (hopefully not that many). The beta may be over, but the new journey has just started.

The iOS and Mac VM actions are currently restricted to the cloud version of Buddy.