In response to your requests, the Haskell language is now offically supported by Buddy

Haskell is a purely functional language with no statements or instructions, widely used in academics and industry. Often used as a compiler, its implementations include anti-spam programs, cryptography algorithm verification, military AI, backend infrastructure analysis, and other fields where functional programming is recommended. 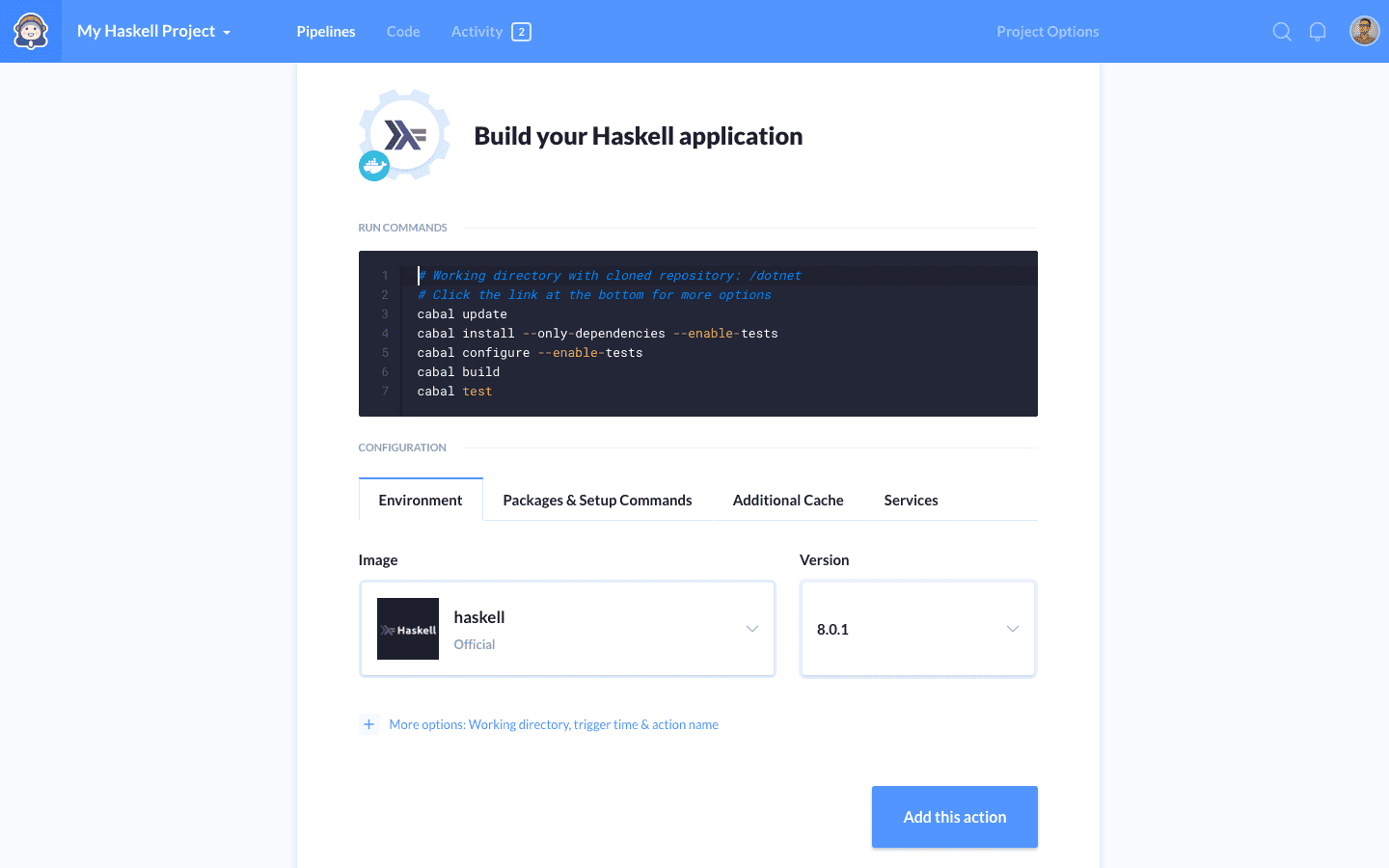