We're pleased to announce that Grunt JS is now available from the Buddy's official action palette.

Grunt is a popular task runner that you can use to automate front-end and JS workflow tasks: compile and minify SASS code, concatenate files, reload a static page upon a change to HTML/CSS, or compress images without disturbing their quality.

With over several thousand plugins and a thriving community, Grunt allows developers to automate literally everything out of the box with minimum effort using the available resources. 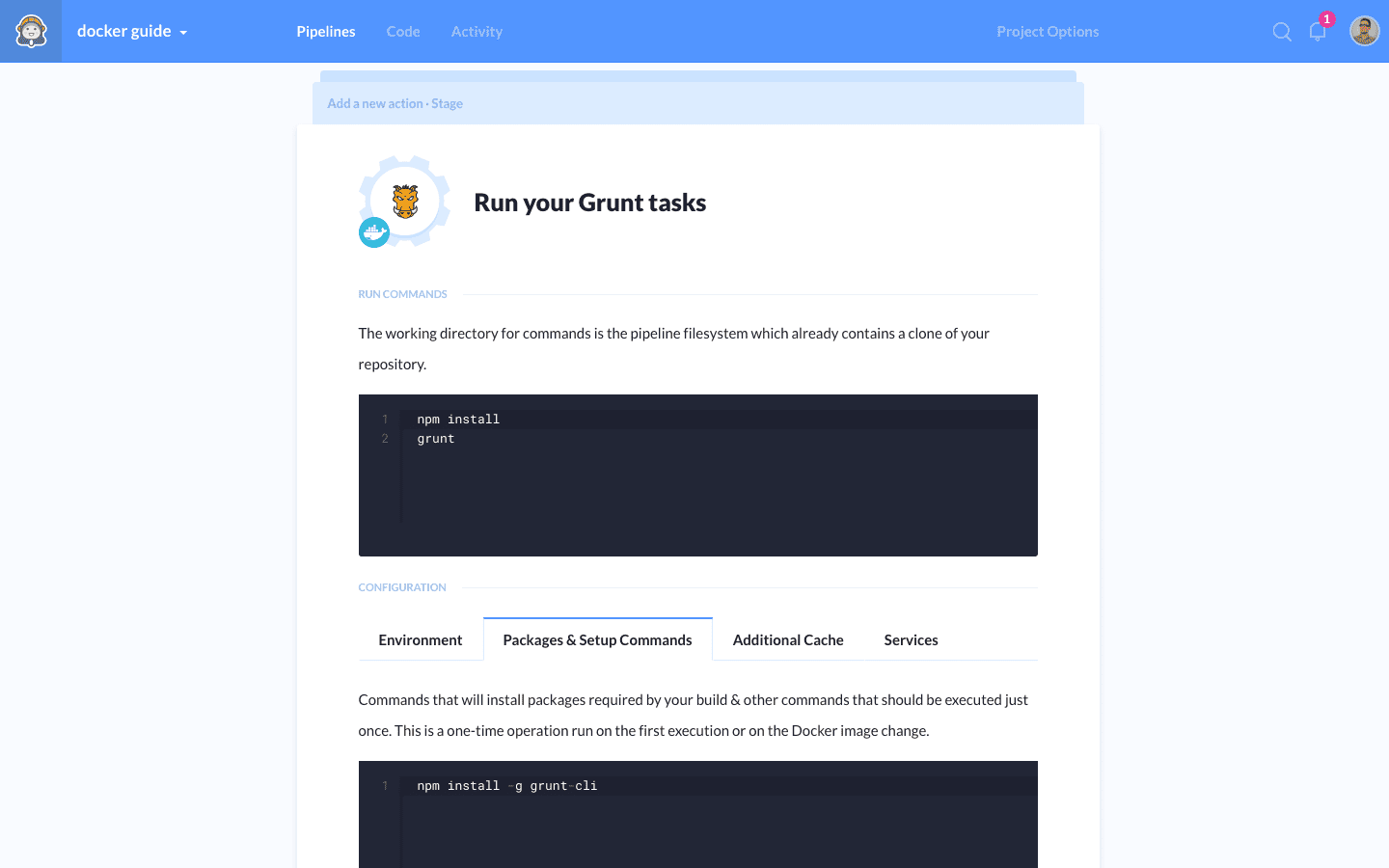 How to use wildcards in Buddy