Two weeks ago we added the Run Docker Image action. Today, we ship yet another one: Push Docker Image to Registry.

Some of you 🐳 lovers may recall that it's been already possible to push Docker images with the Docker Build action. However, the action requires you to build the image before every push, which might be very time-consuming in some cases, for example when you want to:

Both cases can now be solved by adding Docker Push to the pipeline. First, you choose the action where the image is built, then select the target registry. You run the pipeline, Buddy pushes the image, sh*t gets done. Simple as that. 😎

INFO: We support any Docker registry, including private ones, with dedicated support for Docker Hub, AWS ECR and Google GCR. 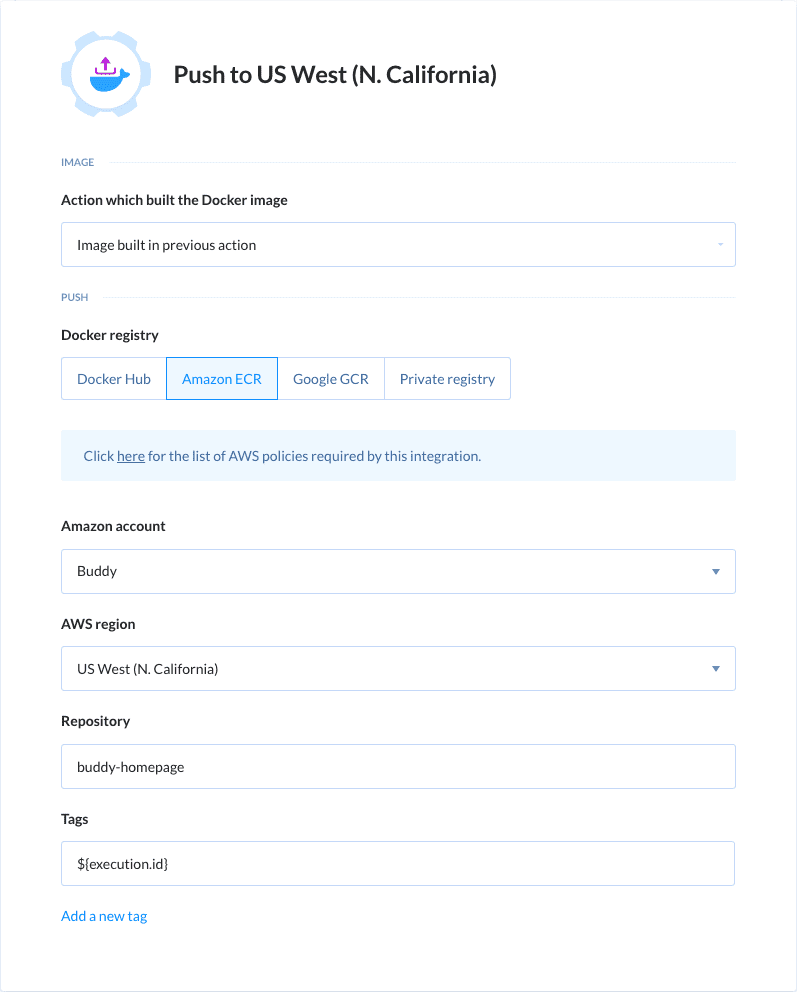 The screen below shows an example workflow in which Buddy builds a Docker image and pushes it to 3 different ECR regions: 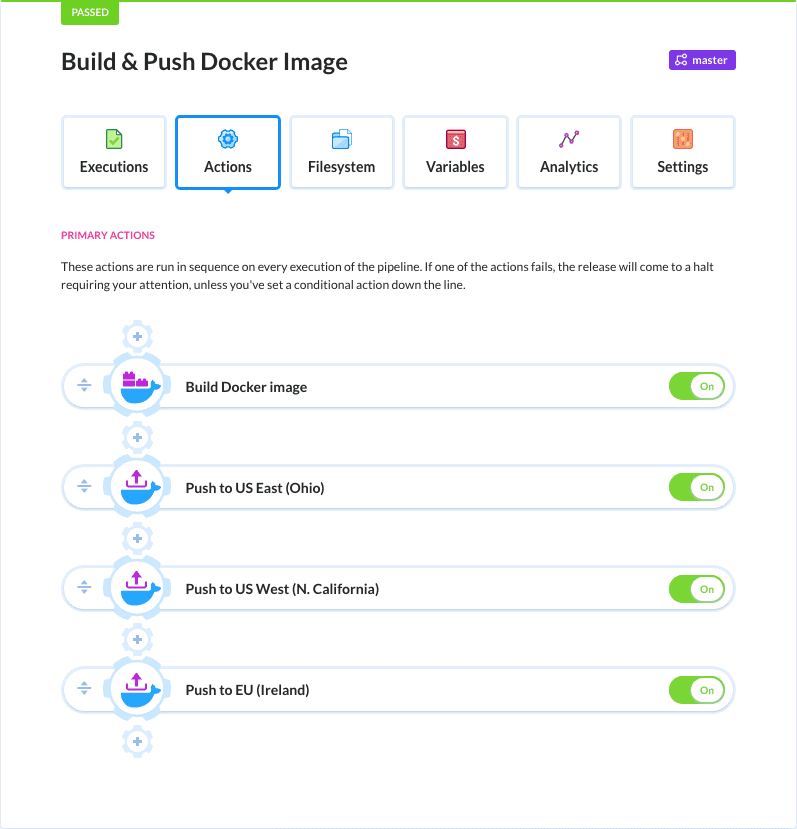