Buddy CI/CD is available in two versions: cloud and standalone that you can install on your own server. Until now, the latter was restricted to one server per instance. With this week's release, you can install Buddy on multiple nodes connected in one instance to build, test and release your software faster. In other words, Buddy on-premises now supports workers.

The server on which you first install Buddy acts as the default worker of the whole instance. To add a new worker, go to the Preferences tab of your on-premises installation and switch to the Standalone → Workers tab. Alternatively, you can generate the install command by running sudo buddy install-worker on the main instance. 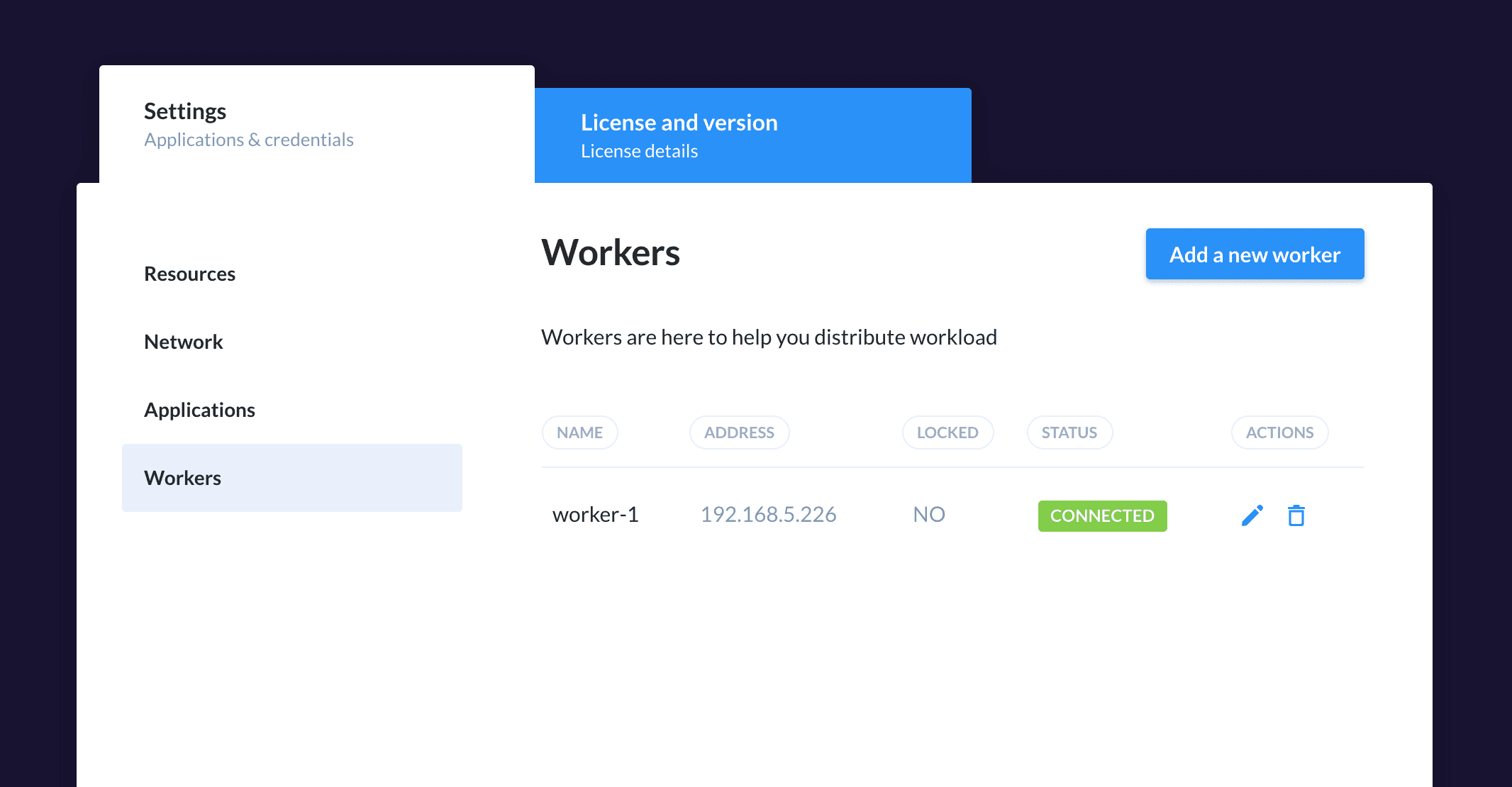 Once the worker is installed, you can assign it to a specific pipeline in the pipeline settings. Buddy will create a new filesystem on the machine and from that moment onwards use it to run executions.

Assigning a worker to a pipeline

That's it! We're very happy to release this feature as we know there's been a lot of folks (hi Yamin!) waiting impatiently to put their foot down on their shiny blinking idle servers. As always, feel free to contact us to share your feedback and help us fix possible bugs. Cheers!