Buddy CI/CD allows you to instantly implement Push Docker Image with 100+ ready to use actions to automate your development and build better apps faster.

This action pushes a built Docker image to a Docker registry.

The action connects to a provided Docker registry and executes Docker push using an image built by an action in a previous pipeline step. If pushing to multiple different Docker registries is needed, add several instances of this action to a pipeline. 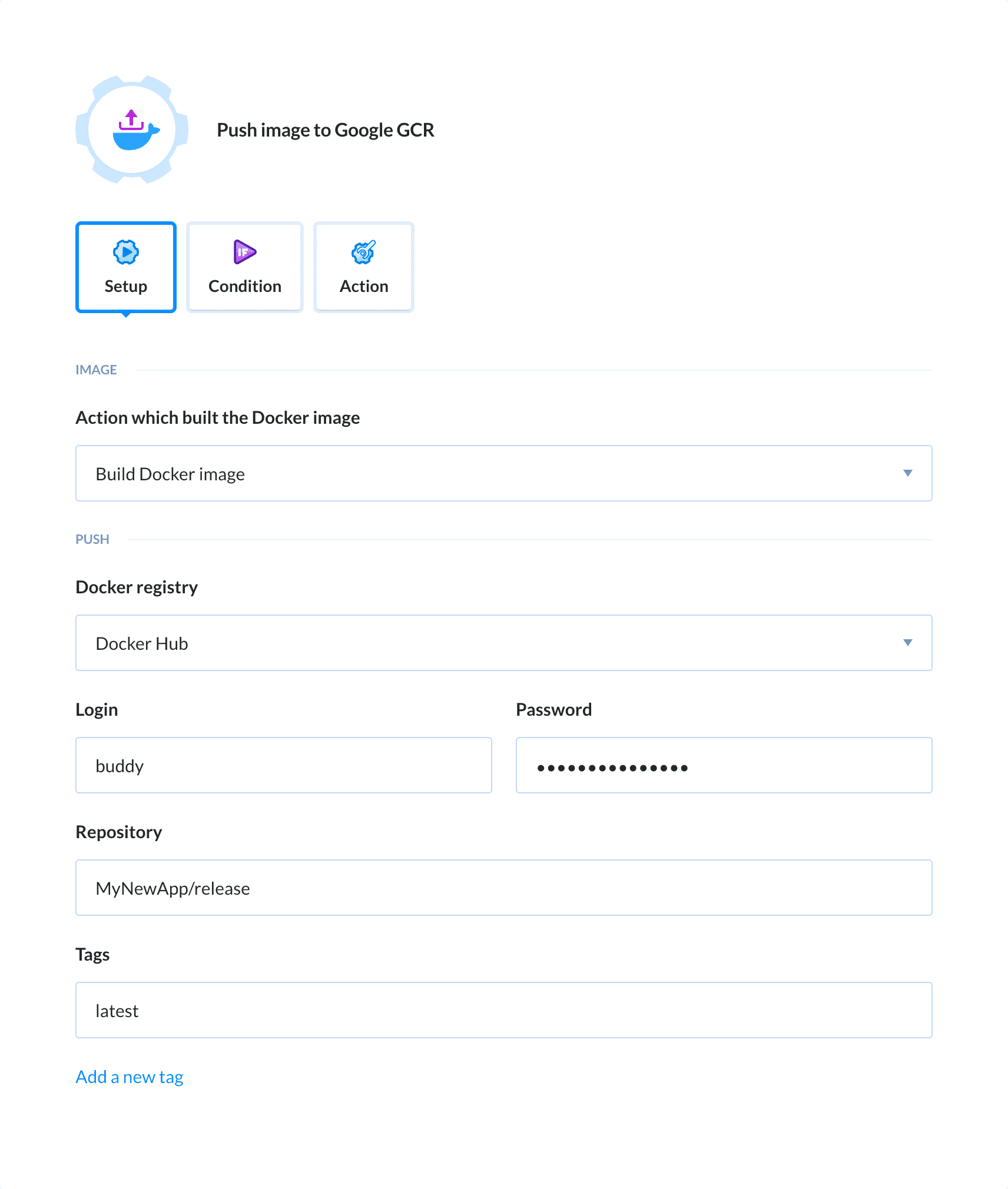 Buddy allows you to instantly connect Push Docker Image with 100+ actions to automate your development and build better apps faster.