Buddy CI/CD allows you to instantly implement Google Play Bundle with 100+ ready to use actions to automate your development and build better apps faster.

The action identifies a signed app Bundle in the pipeline filesystem and pushes it to Google Play Store. 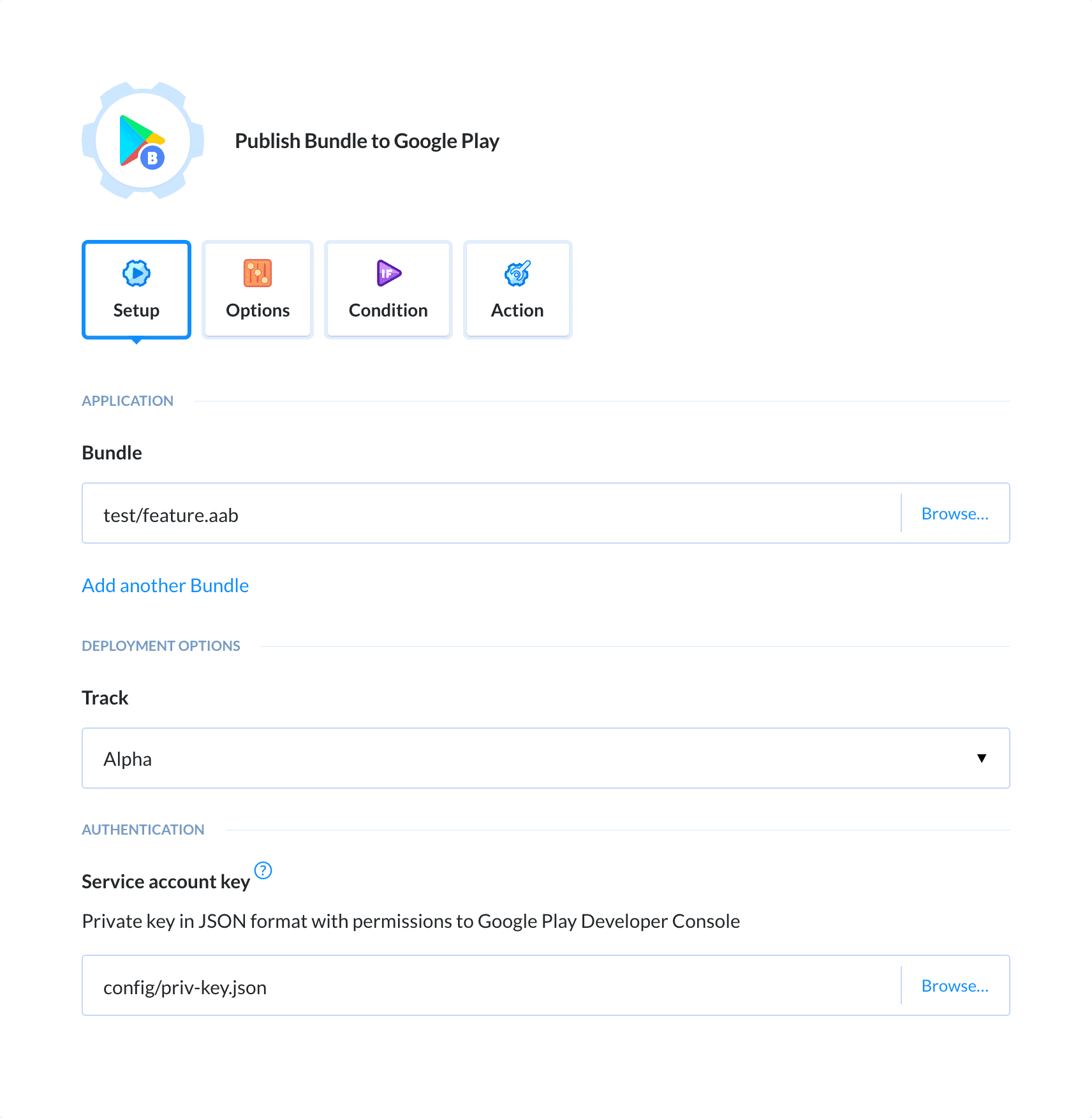 Buddy allows you to instantly connect Google Play Bundle with 100+ actions to automate your development and build better apps faster.

Google Play, previously known as Adroid Market is an US-based is a digital distribution platform developed by Google. It is the official application marketplace for Android devices allowing users for easy access to applications developed with Android SDK.